Celebrities cheer for UP as it clinches spot in UAAP finals 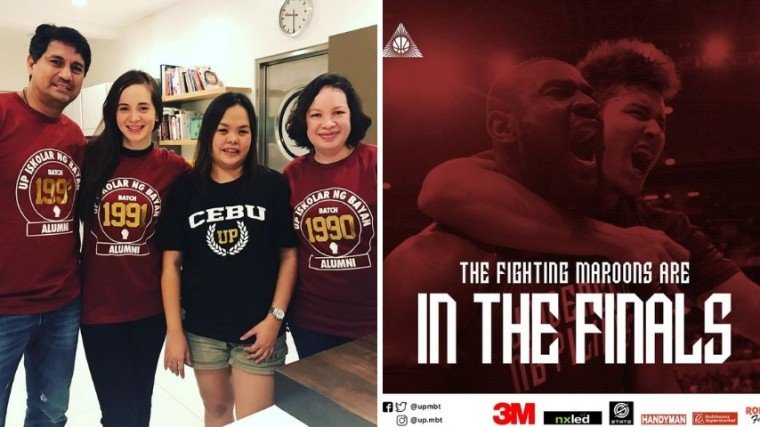 The UP Fighting Maroons are headed for the UAAP Finals—and everybody from students to showbiz personalities flooded social media with cheers and congratulatory posts for the 16-strong team which last appeared at the finals in 1987, more than 30 years ago.

UP defeated Adamson by just two points, made less than 10 seconds to the end of the game. Come Saturday, the team will face off with Ateneo in the first game of the finals series.

UP alum and GMA host Atom Araullo wore a maroon tie in support of his team.

Breaking out the maroon tie for our team! You make us proud! #UPFight! pic.twitter.com/hAjt1EAtqy

It seems Lea Salonga is excited to watch the finals!

Both UP alums, Richard Gomez and Lucy Torres-Gomez expressed their school pride by wearing maroon shirts.

Roderick Paulate also posted the team logo in its original colors of maroon and green.