Beauty queen Angela Robson is the newest member of the Viva Artists Agency! Get to know her journey from the pageant scene until her newest venture into acting by scrolling down below! 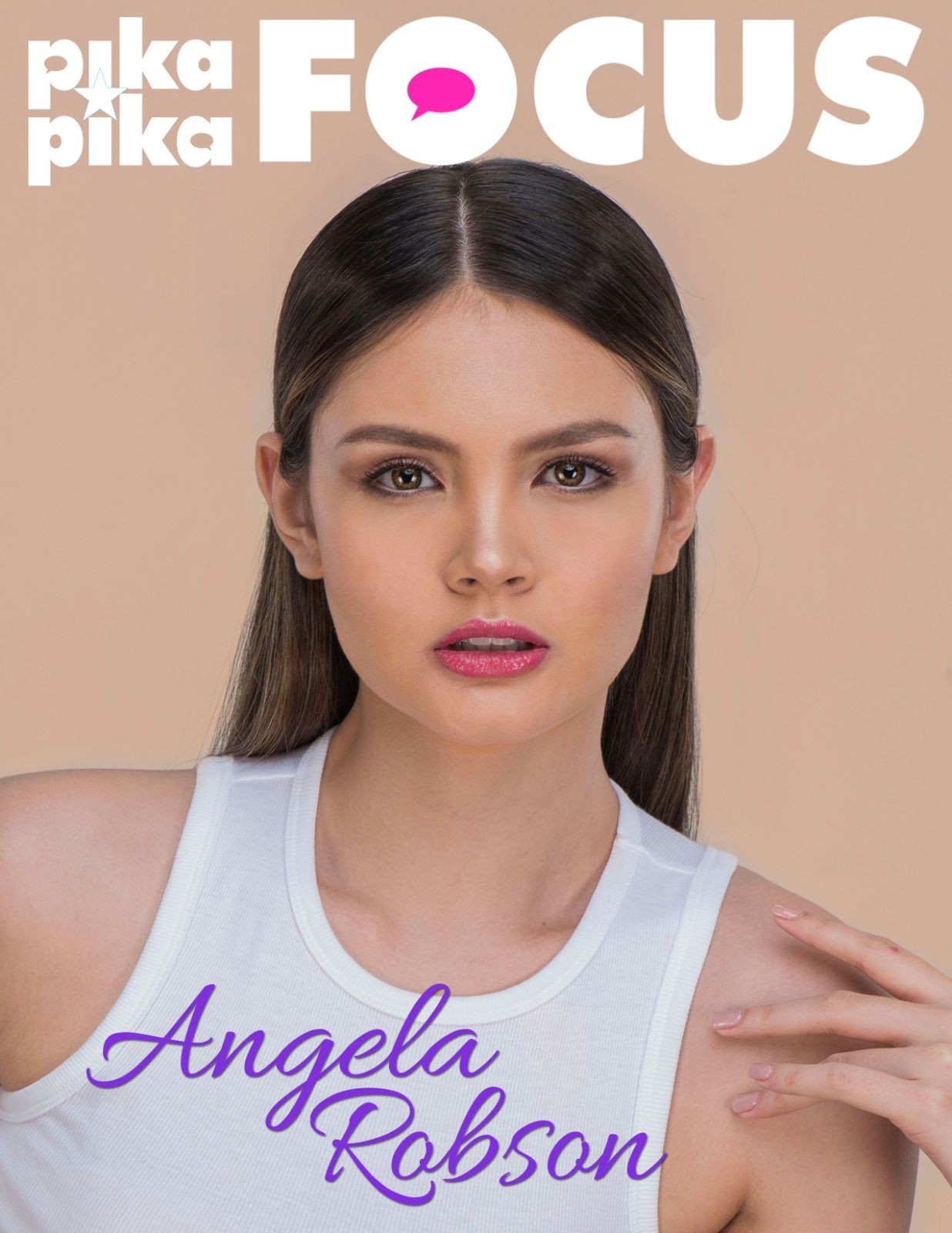 Roaring crowds and flashing cameras were sights she has gotten used to. She smiles and walks on different stages with each applause and flashing lights. Crown on her head and sash hanging on her left shoulder, she waves in one hand and holds a bouquet of flowers in the other.

Those are scenes Angela Robson had gotten used to, as she began joining pageantry at the age of 17. Yet, as time passed by, another opportunity fell into her lap, which was a contract for the Viva Artists Agency.

“I’m starting to have, like, an interest with it,” the beauty queen says of showbiz and acting. “I wanted to see how it goes kasi, sometimes, you don’t really expect to like some things. So, I just want to see how it goes.”

Yet, before her crowning glories and upcoming opportunity in the realm of acting, Angela was a darling unica hija to her parents and a loving ate to her younger brother back in the province.

Born and raised in Pampanga, this Angela grew up with a younger brother, but also has three older half-brothers. Despite having minor misunderstandings with him, the Fil-Brit beauty said she had grown a deep bond with her little brother.

“Masipag [ako]. Magaling po ako magluto. Very Kapampangan,” she describes her sisterly role. “I also clean sometimes, pero I get moody, too, if I’m hungry. I get cranky, tapos minsan [nailalabas ko po] sa younger brother ko. Pero it’s a mutual thing. I understand him when he wants to be misunderstood and he does the same way.”

Growing up, she had one goal in mind and that was to finish her college degree in Business Administration with a major in HRM Marketing Management at the Angeles University Foundation.

“I was actually into politics. I wanted to be a lawyer,” she says of her initial goal. “And then, when I went to college, I was into business. So, I still have that dream but I wanted to be a corporate lawyer.”

Little did she know that having the dream of becoming a corporate lawyer had to be put on the side when one of her professors introduced her to a different world: the world of modeling.

“They were looking for a commercial model in our university and, then, my professor recommended me,” Angela recalls. “I’ve never had an interest [in] this [before]. If you ask me five years ago about modeling, I would think it’s a joke but, now, [...] the story continues.”

After taking on the world of modeling, she then watched a local pageant at school called Miss Universe City back in 2016. Watching the pageant piqued her interest in being a beauty queen, motivating her to compete in it, winning the title the next year, and competing in the Miss Private Schools Athletic Association (PRISAA) pageant, where she got to bring home the 1st Runner Up honor.

Two years later, she would again find success in pageants. Apart from graduating and bagging the title of Miss Pampanga 2019, she came to national attention when she competed in the Miss Millennial pageant of the Kapuso noontime show Eat Bulaga.

“Last year, I was told to join Miss Millennial at Eat Bulaga because I won Miss Pampanga so I had to represent my province,” she says. “Other than Miss PRISAA, which was a national pageant, Miss Millennial, as well.”

Angela admits that, despite having experience with pageants, Miss Millennial journey was a new thing for her.

“It’s not a pageant. It’s a show competition,” she clarifies. “Instead of being regal and [have] poise, you have to be bubbly and charming. It was a huge shift po, but I had fun, overall, because I met so many girls and I’ve made so many friends. If I wanted to travel somewhere in the Philippines, I could just hit them up.”

After being crowned as 1st runner-up of the said competition, she was introduced to Jojo Victorio of Victo Rio Artist and Modeling Management. It was Jojo who introduced her to the Viva bosses.

And in February 2020, she inked her contract with the Viva Artists Agency.

Coming from the pageant scene, Angela admits that acting is a new journey for her and has expressed worry about what her performance might be onscreen.

“I’m worried more about what my performance will be because I’ve never done acting. I don’t really have talents. I can’t sing, I can’t dance, so I think I’m just more worried about my performance,” she said. “I may not deliver the way I’m supposed to but I know that there are people willing to train me.”

Apart from her trainers, Angela, herself, is more than willing to learn the do’s and don’ts of the acting world under the guidance of acting coach and director Jonathan S. Oraño.

“It’s been very good, so far,” she says. “When I joined, we were told na niloko kami, ganu’n, and galit. I think that came in naturally because that was my usual mood before.”

Her successful stint in Miss Millennial was her time of reflection about joining the acting industry. Seeing hosts like Paolo Ballesteros, Maine Mendoza, and Allan K inspired her curiosity to pursue the craft of acting and hosting.

“I was curious about how they do it and everything,” she explains. “I also wanted to host in the past and then when the competition ended, I realized na maybe I should take a break from pageantry and, maybe, a little bit of modeling and get into something new that I haven’t tried. I think it’s going to be an exciting journey. That’s what I’m looking forward to.”

COOKING ON THE SIDE

Being a cook, specifically on Kapampangan dishes, Angela is also being pushed to do a YouTube channel about her food.

“Pampanga is the food capital of the Philippines. It’s the culinary capital, so during the lockdown, I’ve grown some interest in cooking and baking,” she says. “I got it from my lola. She’s like a legit Kapampangan.”

From time to time, Angela would post her creations on her Instagram Stories, catching the eye of her friends. They would begin urging the beauty queen to start doing vlogs about her cooking and doing food reviews.

“I’m actually considering right now,” she reveals. “There are small businesses in Pampanga who are sending me food and I would just post about it and we will talk about if there’s anything that needs to be changed.”

When asked what she can offer to show business now that she is entering acting, Angela, at first, said it was a tough question but believes she can be like a chameleon who changes colors.

“Everybody is unique kasi, e,” she said. “But, I think what I can offer is genuineness. I can say that I’m a chameleon. It depends on the situation and the mood. I can be fierce if you want me to be fierce, and I can be bubbly, at the same time.”

Angela adds that she can simply be who she is as a person.

“I’ll just be who I am, personality-wise,” she says. “I honestly think if you have a good personality, you can go a long way in whatever industry you want to be in. I guess that’s what we need right now. Just someone real.”

And we cannot wait to see what the genuine Angela Robson has to offer under Viva Artists Agency. Good luck, Angela! 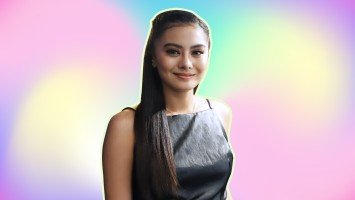 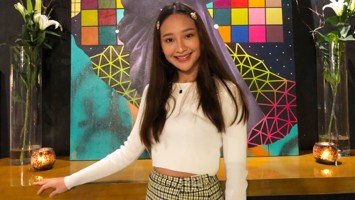