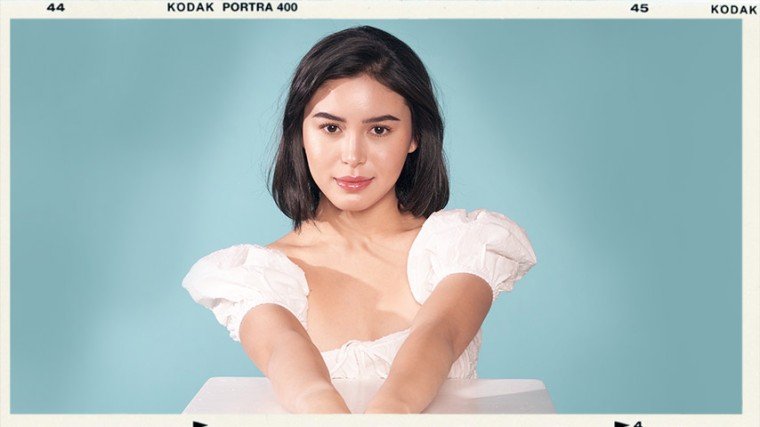 Get to know Viva's newest star in Claudia Barretto! 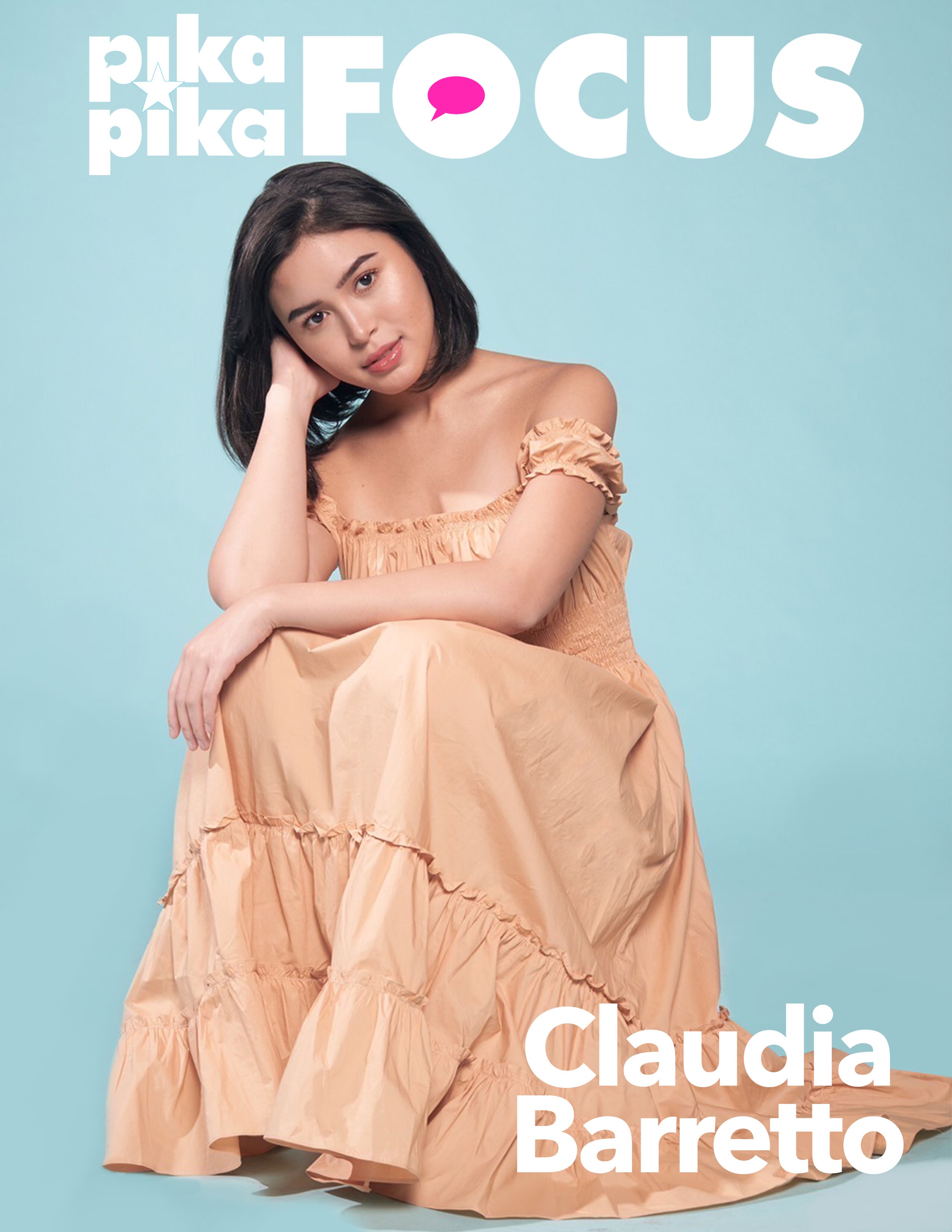 It was only last September 2020 when Julia Barretto announced that she will be transferring from Star Magic to the Viva Artists Agency (VAA). Four months later, her younger sister Claudia has followed suit, joining its impressive roster of talents.

This move was reinforced last Wednesday, January 20 with a digital press conference via the official Facebook page of the VAA. Claudia, who pursued music—as opposed to acting like her other family members—since 2017, welcomes more opportunities now that she’s with Viva.

“With this new partnership, I feel like I’m opening doors to more different kinds of opportunities,” she told the press about her decision to join the VAA. “I never say never. I think what’s most different right now is that I’m really just gonna work hard to improve my performances, my music, the way I express myself.”

“It’s all about improvement for me and I think Viva is a very good fit and I’m just so excited,” she added.

Born to a family of actors, the daughter of actress Marjorie Barretto and comedian-actor Dennis Padilla burst into the showbiz scene not through acting, but in the music scene as a pop and R&B artist.

Claudia began her career in music last 2017 with the release of the single “Stay” written by singer-songwriter Moira Dela Torre. Drawing inspirations from music icon Taylor Swift, she went on releasing more singles such as “You,” “Finally Found It,” and “Sinking.”

She has also released two EPs, her first being a self-titled one last 2018 and her recent one titled “Conflicted” which was only released last December 2020.

Her music career took her to the international scene as she represented the Philippines in a music video for the Thai film FriendZone where she was joined by a wide array of young musicians from Laos, Vietnam, China, Malaysia, Cambodia, Indonesia, Myanmar, and Thailand.

Moreover, she joined the American pop band OneRepublic for a performance of their new single “Better Days” for a benefit concert called Concert of Hope, a fundraiser that helped communities affected by the COVID-19 disease and the increased cases of violence and human trafficking.

“People always wonder if it was a deliberate choice to kind of veer away from the acting, but growing up just naturally, I was so drawn to music, so drawn to singing, it’s always been my passion,” she says of music. “It was just natural that I gravitated towards music.”

“It wasn’t because I wanted to set myself apart or anything, but it really is because music is just my passion,” she added.

Now, she widens her horizon by joining the VAA, which has been popular in honing multi-faceted talents.

“I just kept thinking that with this partnership in mind, I will really be able to produce the work that I want to achieve,” she said. “So, in light of this new partnership, I really think that I’ll just be more mobile, that I’ll be able to move more and do more of what I love and, even as a very new artist, I’ve already experienced how helpful they have been towards really growing me as an artist.”

Claudia believes that she and Viva are compatible when it comes to what she wants to do with her career in show business, remaining hopeful and excited to work with them more.

Despite her passion lying in music, she would never say never when it comes to pursuing other creative fields, acting included.

“Let’s see, let’s see. Wherever life takes me, if I’m prepared, if the opportunity comes and I’m prepared, maybe I’ll give it a shot,” she said. “But if not, I’m also okay doing whatever it is I feel called to do.”

When it comes to doing acting, Claudia’s first thought is to act in a music video, possibly incorporating a short film with her music, yet she says she is open to doing more.

“Right now, I’m open to trying out new things, especially now that I feel like I’m more prepared to take on more responsibilities, especially when it comes to my career,” she explained. “But right now, what I’m imagining and what my dream is really is to just be able to act in some of my music videos, to make it more holistic.”

When asked if she would prefer to be part of a love team or do solo projects, Claudia says it is up to her bosses at Viva to do what is best for her.

“I trust the people around me and the people who are watching over me, everyone at Viva. So, honestly, I think whatever they think will help me and will be good for me, I think it would be wise to follow the advice of those who know more than I do,” she said.

Claudia now that she is under Viva is to do collaborations with other local artists in the OPM scene.

“That’s my dream. Honestly, I think we have the most talented artists in the Philippines. Everyone sings, everyone is musical. So, I’m open to collaborating [with] whoever wants to collaborate with me. At the same time, I’m also exploring different kinds of music right now, so it’s a fair balance between music on my own and collaborations with other musicians,” she says.

Claudia has also recorded two songs that are different from her usual pop and R&B genres.

“It’s so exciting for me as an artist because I feel it’s unlimited, you know. Before I was sticking to one genre and, now, I feel more comfortable exploring and seeing what genre I’ll enjoy more so it’s been very good to me,” she says.

When it comes to entering show business, Claudia points out some advice from her family, who have been in the entertainment scene for some time now.

“I’m just starting out. I don’t know the industry to the extent that they do, so usually it’s just to keep working hard and to just be kind to everyone,” she recalls her family telling her. “Always, always. Learn from everyone and keep working hard and everything else should just be white noise.”

“It’s proven that just working hard, you know, does well for people and I should just really focus on, you know, bettering myself and improving as opposed to focusing on destructive criticism so it’s usually something to do with that because, of course, they’re just trying to protect my feelings and trying to protect me from just unnecessary criticism,” she went on.

When asked what kind of role she would want if she was chosen to act alongside her sister Julia, Claudia said she would still choose to be her sister, preferring a more sisterly bond type of film.

“My sisters and I—all of us, not just Julia—we have a very special bond. We’re all very very different from each other but we relate on the most important levels. So, it would be nice to kind of reflect that in a film,” she said.

Now that she is with Viva, Claudia admits feeling some nervousness, yet she feels more excited to work with its stellar roster of artists.

“I feel very motivated and very supported and just ready to put in the work and achieve the dreams and the goals I set for myself,” she said.

For Claudia, being with Viva marks a new beginning for her and her supporters.

“The fire is there, it’s lit underneath me. I’m ready to give you more of me,” she concludes. 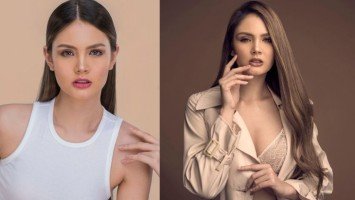 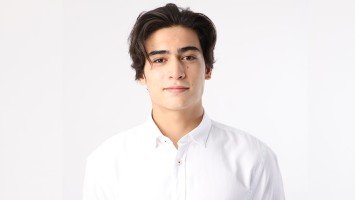