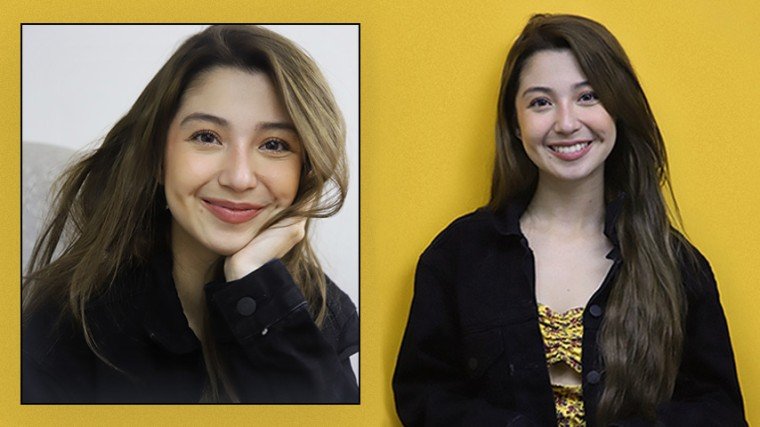 Donnalyn Bartolome is already living the life at the age of 24.

Fresh from the success of her recent music video Di Lahat featuring cameos from big stars like Nadine Lustre, Anne Curtis, and Yassi Pressman, the singer-actress recently sat down with pikapika.ph to talk about her journey leading to her success as an online and silver screen sensation.

After starting her YouTube account in 2008, she rose to mainstream fame in 2014 when she released her single Kakaibabe. Since then, she enjoyed more successes in the music industry by releasing more songs under Viva Records such as Happy Break Up, Sabi Niya, and Itatama Pa Ba O Tama Na.

But things were not always what it seemed for the social media sweetheart. Before the catchy tunes and millions of views, Donnalyn was simply a caring panganay.

Pre-stardom, Donnalyn was simply the ate who was balancing her studies and taking care of her five younger siblings.

Donnalyn, indeed, acted as the second parent of her growing siblings, until now. Her mother, who currently manages a resto-bar in Japan, is a workaholic who cannot stay at home, as she described to us, while her father is stationed in the Navy.

Still, the situation did not hinder her to pursue her studies, yet she had to move to different schools because of various circumstances.

She was nine years old when their family decided to move to Japan because of her dad’s career in the Navy. They lived in the Land of the Rising Sun before moving to the beautiful islands of Hawaii three years later.

Donnalyn, then returned to the Philippines to finish high school while also undergoing the Alternative Learning School (ALS). Upon graduating, she took an online course majoring in English using her own money, yet she had to stop because she did not feel like she was growing.

“I’m looking for something that I can use with what I’m doing with my life,” the singer explains. “Kasi never po ako naging tamad mag-aral, but my only dilemma is I need to know kung ano ’yong tama for me. So, I’m excited na malaman ko kung ano ’yon, [because] I’m excited to go back to school. “

She plans to return to her studies in two years. As of now, her main focus is her younger siblings before they move back to Japan without her. “’Pag nag-move na po sila, kung na-stasyon na ulit si daddy siguro sa Japan or elsewhere, ta’s magkakasama na ulit silang lahat, then ang gagawin ko, magfo-focus ako on myself.”

HER LOVE FOR MUSIC

Yet, being a second parent and a student does not hinder her from pursuing her passion for music. At a young age, Donnalyn would belt out songs from veteran singers Regine Velasquez and Sarah Geronimo in summer workshops. Years later, she would send videos of her covers to friends who would, in turn, post them in their social media. Her videos then became viral among the Facebook community.

At the age of 14, she started her own YouTube channel and began posting make-up tutorials and dance covers, but most notably of her own renditions of famous songs such as Super Bass by Nicki Minaj and All of Me by John Legend.

She continued posting on the social media platform, even after reaching one million subscribers on her channel which she found surreal.

Although, things began to pan out for the artist when he was invited by Viva rapper Shehyee to appear in the music video for his song “Trip Lang” featuring Sam Pinto. When Sheyhee’s record company FlipMusic Records saw the presence of the YouTube vlogger, they set her up with a meeting with Viva.

And the rest is history. The next thing we know, after she signed with Viva, she rose to fame after her song “Kakaibabe” became a hit among viewers, currently having over 30 million views on YouTube.

Now, after releasing more songs of her own, she recently wowed us with a brand new song called “Di Lahat” that featured many familiar faces. Donnalyn notes that she wants to send out a positive message with the song as medium.

Indeed, her video shows just that—celebrating the different kinds of beauty of a woman by showcasing women of all shapes and sizes, including huge, empowering women such as Anne Curtis, Nadine Lustre, Loisa Andalio, Sue Ramirez, and Yassi Pressman. Being able to collaborate with big names such as these shows how Donnalyn has evolved from rising media star to one of the most prominent celebrities we have today.

Life has been full of surprises for the 24-year-old star. Apart from releasing an uplifting music video like “Di Lahat,” she is also set to release a new album called Surprise, which has been two years in the making.

Surprise will consist of six songs all composed by Donnalyn herself, with the help of her producer. She says she got inspired to compose everything through all of her sad experiences.

“Like I said, ang daming surprises sa life,” she says. “Dadaanan ka niya sa iba’t ibang emosyon and I think that’s what my album will do to people.”

Not only will Donnalyn ‘surprise’ us with her new album, she also took us by surprise when she talked about a venture of hers outside of show business.

Last year, she was pretty much hands on when it comes to managing the business, which is located in Timog Avenue in Quezon City, until more projects started piling up, leaving the shop to her employees. Yet, she finds the time to pass by to aid them with their clients.

“Okay po talaga siya. Ang dami pong actually lumalapit sa akin na may mga problem po talaga sa hair. Tapos, sometimes, I even handle it myself. Pumupunta ako kasi I care about them, kasi I know the feeling so I go there, give advice to them.”

Indeed, she relates to the problems her clients face when it comes to their hair. Having thin hair is one of the reasons why she opened up the business. Although, what struck is her other reason for opening Hey Doll Extensions.

With a business in tow and an album on the way, life is truly a blessing for the young Donnalyn Bartolome. She plans to open another business, but she says it will not come to fruition just yet. However, who knows what other surprises this young, beautiful star has up on her sleeves? We cannot wait!