LOOK: The Escort Wife—a story of wild curiosity and misplaced sense of adventure 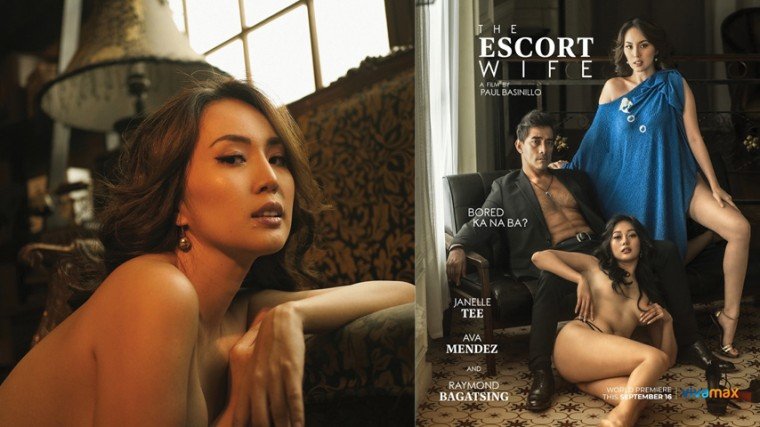 Janelle Tee plays Patricia, a pretty housewife who is also pretty bored. Stuck at home, she spends hours watching people through her window. During one of her window escapades, she catches a beautiful woman having steamy sex in the apartment across the street. That woman is Chrissy, played by Ava Mendez. One of her clients happens to be Patricia’s husband, Roy (Raymond Bagatsing). When Patricia discovers their secret affair, her fury is out of control.

Boredom, wild curiosity, and a misplaced sense of adventure can be both self-destructive and harmful to others. The Escort Wife will show just how.

She is still in her late 20s and just like most women her age, she also craves for adventure. During one of her window escapades, she catches a beautiful woman having steamy sex in the apartment across the street.  Because of her curiosity, Patricia becomes the other woman’s stalker.

Chrissy wants to quit being a prostitute, finish her studies, have a high-paying decent job and become rich just like the men she goes to bed with. One of her clients happens to be Patricia’s husband, Roy (Raymond Bagatsing).

Roy comes from an elite family and works as a doctor. The intimacy he should be sharing with Patricia is diverted to Chrissy. When Patricia discovers their secret affair, her fury is out of control.

The Escort Wife is written and produced by the award-winning filmmaker Yam Laranas.

Janelle Tee teased about this movie with an Instagram post of Raymond Bagatsing giving her a back hug last July 3, followed by a solo photo of herself as Patricia two days later.  Comments show that her followers are all looking forward to this film.

This is the second directorial movie of Paul Basinillo after the musical drama movie Indak.  Direk Paul is best known for directing concerts and TV series produced by Viva.

In UAE, Saudi Arabia, Kuwait, Oman, Bahrain, and Qatar, Vivamax can be accessed for only AED35/month.

In Europe, Vivamax can be enjoyed for only 8 GBP/month.

Indeed, Vivamax is not stopping to entertain more people across the globe!