Confident that he has what it takes, sumugal ang bagets at nakipagsapalaran sa big city, so to speak, at sumali sa isang pang-national TV talent search, ang Born To Be A Star (BTBS).

“I actually came here alone in Manila,” pagbabalik-tanaw ng Ingliserong bagets. “I had no companion to accompany me...going here, I didn’t know what to expect, I didn’t know if this will be successful. but I am gonna go after this.”

Now, alam na niya ang sagot. It was a successful journey dahil not only did he land on the Top 6, isa na siya ngayong Viva artist.

Dahil napatunayan ang sarili, he earned not just the support but also the respect of his parents, lalo na ng dad niya na tutol noong una sa mga pangarap niya dahil he was grooming his to be a businessman like himself.

“Now they are very supportive because of what I’ve reached,” say ni Mico. “And they’ve also enjoyed my performances and they really see the passion in me that’s why they’re so thankful for what I’ve achieved.

“I was so nervous,” nahihiyang pagre-reminisce niya sa pikapika.ph. “I wasn’t me that time ’cause I wanted to do something... I wanted to present myself in other way. At first, I was very nervous to the judges kasi I saw them first time when I went to the stage and these big names like Andrew E., Sam Concepcion and also the others... like, I was afraid during the interview I was like smiling and laughing but I was really nervous.”

“It was so short lang and I just improvised ’cause I didn’t know what to do na,”  natatawang kwento pa niya. “I was really pressured that time. Ilang bases na rin pong na-change ’yong rap. I wasn’t really prepared. It was my fault actually that it happened. I messed up actually. It’s just a little part of my performance...but I know I could do better and I could’ve prepared more. I was embarrassed.”

“Because during my audition, he didn’t press the star...he said he didn’t know what my intension was, he was a little bit confused. Thankfully, he enjoyed my next performances after my audition.”

“Coming from him, you know, it’s Andrew E...for him to say these spectacular things about me... he’s like creating metaphors, he’s like so witty in constructing his criticism. So, that’s why I was amazed and thankful to hear those from him.”

Ani Mico naman, hindi raw niya alam kung anong genre ang talagang forte niya. But thanks to BTBS, tila he found himself daw...he found his style and the genre that fits him most.

“... before, if people would ask me what my forte was, I didn’t know what to answer. But based on the competition and what they’ve  [star agents] said, I found myself... I could actually do rock. I could do all other type of genre but I think I found that I could do rock.”

“I really look up to him when I started palang singing.” 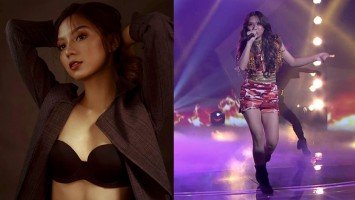 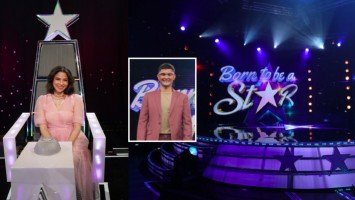