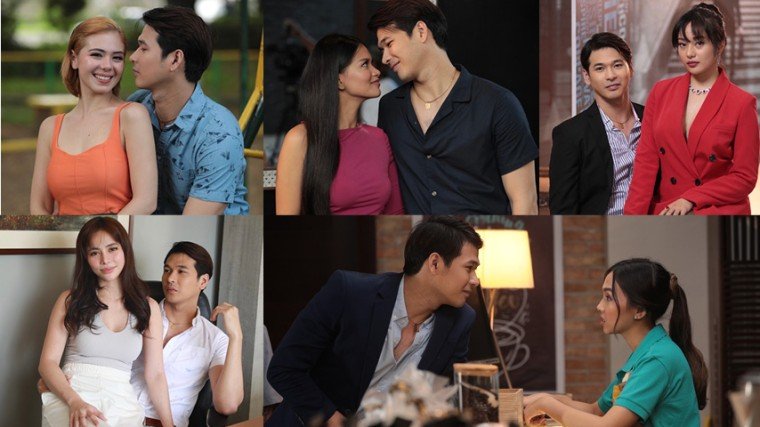 A light-hearted story about finding the true meaning of love and wealth, get ready for a roller-coaster ride of emotions with 5-IN-1. It streams exclusively on Vivamax starting this Friday, September 23, 2022.

Comedy combined with wit, drama, excitement, and the right amount of sexiness. That’s the Vivamax original movie 5-IN-1 for you.

The perfectly mixed 5-IN-1 follows the story of a young man who has not one, two, or three, but five women in his life.

A handsome gentleman, a certified chick magnet, and a successful CEO of a famous 5-in-1 coffee brand, John “Dick” Jordi (Wilbert Ross) has it all and can have everything he wants, including having five girlfriends—Mia (Debbie Garcia), Lexie (Rose van Ginkel), Maria (Ava Mendez), Riley Red (Angela Morena), and Lana Rose (Jela Cuenca).

But despite his seemingly perfect life, fate does a playful trick on him after his life is cut short due to an illness that he kept to himself. His sudden demise brings shock and heartbreak, not just to his girlfriends but also to his nun sister, Sister Teresa (Giselle Sanchez).

Due to his untimely passing, Dick's coffee business is left unmanaged. It becomes a problem for Sister Teresa for she has no idea who among the five girlfriends Dick is most in love with and deserves to be the new CEO of 5-in-1 coffee.

She comes up with the idea of letting the women give a eulogy for his brother, and with their stories, she’ll be able to determine who among them is “The One” and the new rightful owner of 5-in-1 coffee.

As these women celebrate Dick’s life and remember their time with him, they will share whimsical and colorful narratives—and even their sexual experiences with Dick.

Who among these five women deserves to be the one? Is it really one of them? Or maybe even all of them?

Produced by Viva Films, 5-IN-1 is a film by Star Awards for Movies and Gawad Urian nominee GB Sampedro. The multi-genre director also directed several Vivamax Originals, including his recent outing, Purificacion and the mini-series, High On Sex.

Also joining them is an award-winning actress and comedienne who is fresh from the box-office success of Maid in Malacañang, Giselle Sanchez.

A light-hearted story about finding the true meaning of love and wealth, get ready for a roller-coaster ride of emotions with 5-IN-1. It streams exclusively on Vivamax starting this Friday, September 23, 2022.

5-in-1 is also streaming on Vivamax Middle East. For our kababayans in UAE, Saudi Arabia, Kuwait, Oman, Bahrain, and Qatar, watch all you can for only AED35/month. Vivamax can also be streamed in Europe for only 8 GBP/month.