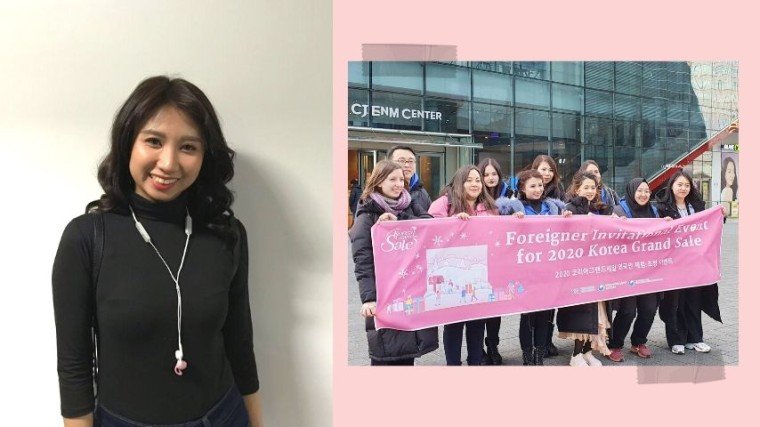 Jeankiley shares her one of a kind experience during her Korea Grand Sale trip!

Viva’s singer-actress Jeankiley Manguera just recently had one of the most memorable experiences of her life.

Jeankiley, who loves all things Korean, flew to Seoul as a sole Philippine representative tapped to promote the 2020 Korea Grand Sale, which according to its official website, is an avenue for international visitors to fully experience Korea at its best. It is an “integrated festival that combines tourism, Korean Wave, and shopping.”

The event also offers the first-hand experience to diverse K-Culture activities such as learning more about K-Pop, K-Beauty, K-Food, K-Heritage, and K-Winter.

The invitation came with a lot of perks including Jeankiley touring around South Korea and indulge herself in several Korean-related activities for five days.

She had the chance to meet a lot of people from different parts of the globe, who were also invited, as foreign influencers, to the Korea Grand Sale festival.

Jeankiley said she was in cloud nine upon knowing that she was the only Filipina to be invited at the said festival.

“Sobrang excited ako!” Jeankiley beamed. “Kasi I’m a fan of K-Pop, I’m a fan of K-dramas as well and culture of Korea. So to get to experience all of that in one event, sobrang saya. We get to meet K-Pop idols and we get to watch M Countdown pa!”

[M Countdown is a weekly love show devoted to all things music, including sales charts and rankings.]

Among the many K-Pop groups that she saw during the M Countdown show are girl group MOMOLAND and boy group SF9.

She then narrated how she was selected to represent the Philippines in the exclusive Korea tour.

She continued, “I won third place for Talk Talk Korea, I actually joined two categories. The first one ’yong for whole Korea lang and then pang-fifth place ako doon; and the other one is pang- third place ako.

“After the competition, medyo matagal...siguro by November, they emailed me, invited me, and sent an actual invitation for the Korea Grand Sale tour.

For five days, all ten representatives visited the popular Lotte World Tower, enjoyed Seoul’s nightscape, explored the National Museum of Korea, and toured around the South Korean entertainment and media company, CJ E&M, where they were able to watch the K-Pop performance, M Countdown.

They also had the chance to attend K-Beauty and K-Pop dance classes. But the highlight of their tour was roaming around the streets of South Korea while wearing Hanbok, the country’s traditional attire.

Not only did Jeankiley create amazing memories during her trip but she also built lasting friendships with other international representatives.

“Sobrang tight talaga both ng staff and representatives. All of us speak in English so medyo nagkaka-intindihan din kami. We also got to speak in Korean despite having different languages, we get to learn new languages din.

She added, “The night before our last day, we had an interview and I cried...I don’t know why and there’s a lot of questions na pa-tungkol sa friendship namin.”

What made the whole thing even more memorable for JeanKiley was experiencing snow for the first time!

“After that, we went back to our rooms to pack and then pagkalabas namin natapos na ’yong snow. Parang sabi sa’min ng mga staff ‘the snow is for you.’

“Suddenly, rain naman pero sandali lang. When we cried, it rained and when we get to say goodbye, it snowed. Timing na timing talaga kaya mas lalo kami nalungkot.”

According to Jeankiley, Korea Grand Sale paved the way for her to achieve her long-time dream of going to Korea. And through it, she got to experience Korea at its best.

Above all, she went home receiving the most beautiful gift from her trip—memorable friendships she created with her co-representatives.

“And then sabi ng staff, ‘Say goodbye to the camera,’ and we were like ‘No! We’re not gonna say goodbye to Korea...’ Instead, we said, ‘See you soon, Korea!’ So that’s how we ended.”

Jeankiley is a former member of the fourth batch of the Filipino girl group P-Pop Girls and she is now an active singer and actress managed by Viva Artists Agency.

She recently starred in Director Darryl Yap’s debut film #Jowable. She also worked side by side with actress-dancer Ella Cruz in Viva TV’s 2019 series, A Not so Fake Love Story. And this January, she’s about to release a new song entitled “Ako Na Lang.” 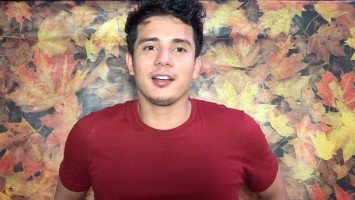 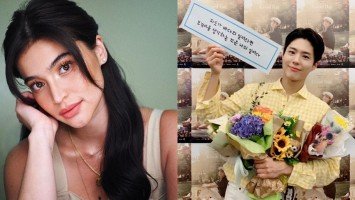