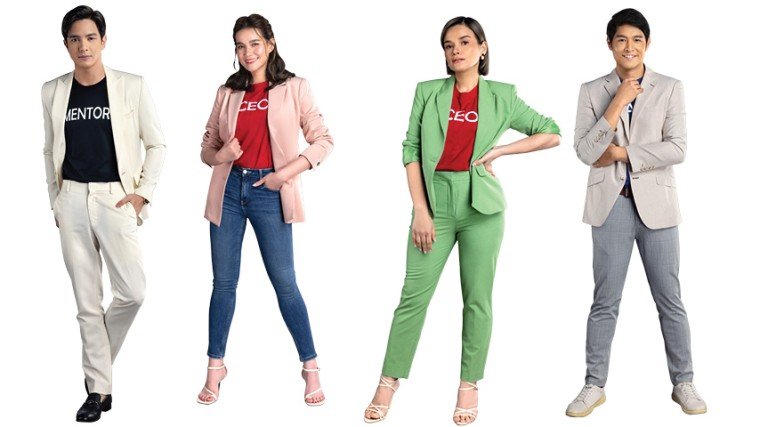 Start-Up PH tackles the different journeys to success and self-discovery. It highlights the importance of being surrounded by supportive and loving people, and proves that through sheer will and determination, every dream is worth pursuing no matter how hard it can get.

What drives us to chase our dreams? And what motivates us to be at our best?

GMA Network continues to be an entertainment powerhouse for Kapuso viewers worldwide as it presents an inspirational story on pursuing dreams and believing in oneself with the ground-breaking primetime series Start-Up PH.

Start-Up PH is topbilled by no less than real-life dreamer and Asia's Multimedia Star Alden Richards as Tristan a.k.a. Good Boy and multi-awarded actress and box-office icon Bea Alonzo as Dani. All set to spice up the lives of Tristan and Dani are the equally important characters of Ina portrayed by highly-talented actress Yasmien Kurdi and Dave played by sought-after Kapuso actor Jeric Gonzales. 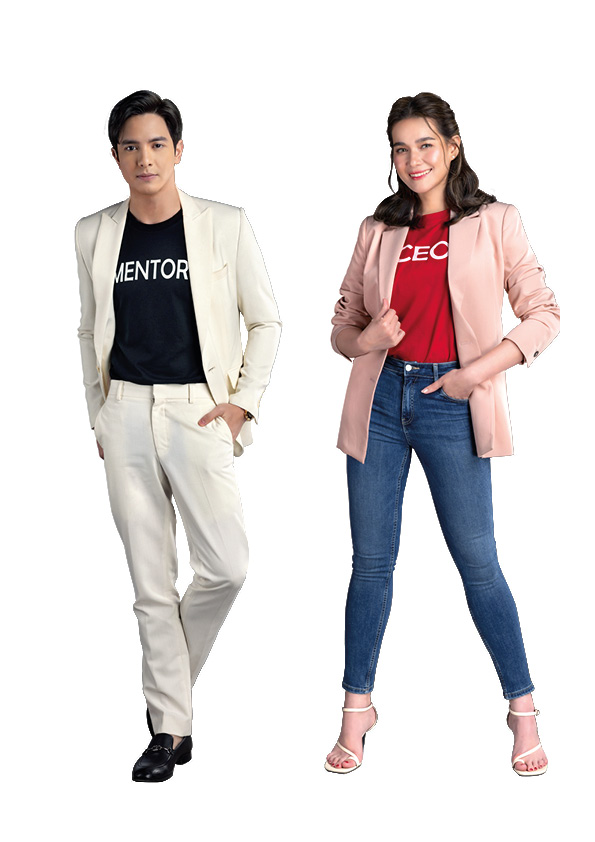 Alden takes pride in bannering the much awaited Pinoy remake.

“We have a show and it is something that we can be very proud of. ’Yung fans ng Korean version, gusto nilang makita na itong Filipino adaptation is something worth their while and based sa trailer, may laban po kami. Aside from that, I’m sure that the whole cast is very proud to have Bea in this show. She puts good pressure on us, especially with the way she handles her character.”

As she stars in her very first Kapuso series, Bea enjoys the challenge of working with the entire cast. 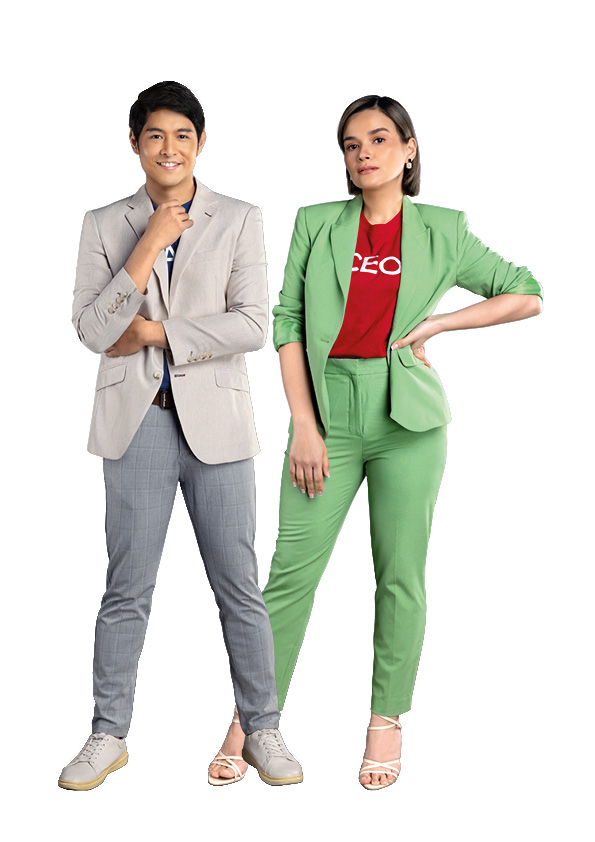 “Of course, may adjusting period kasi first time ko silang makasama lahat. But I’m always on my toes trying to let them feel na okay akong katrabaho and I try to be the best version of myself in front of them. Now that I’m restarting, mas ine-enjoy ko every moment. Hindi ako fearful to try new things.”

Yasmien, who is a certified K-Drama fan, shares how she landed her dream role in this local adaptation. 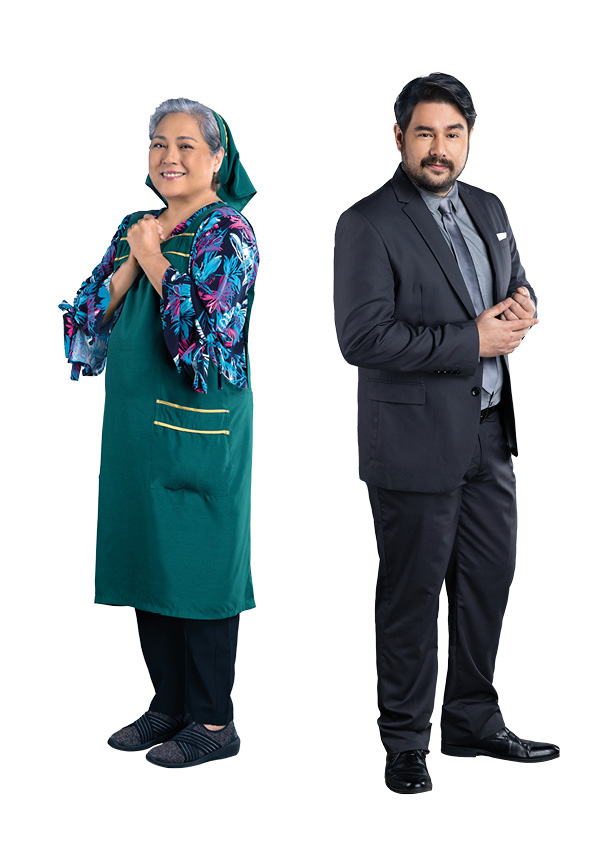 Meanwhile, Jeric who was in fact Alden’s personal choice to be his co-star in the program, feels overwhelmed to be part of this huge project.

Start-Up PH tackles the different journeys to success and self-discovery. It highlights the importance of being surrounded by supportive and loving people, and proves that through sheer will and determination, every dream is worth pursuing no matter how hard it can get. 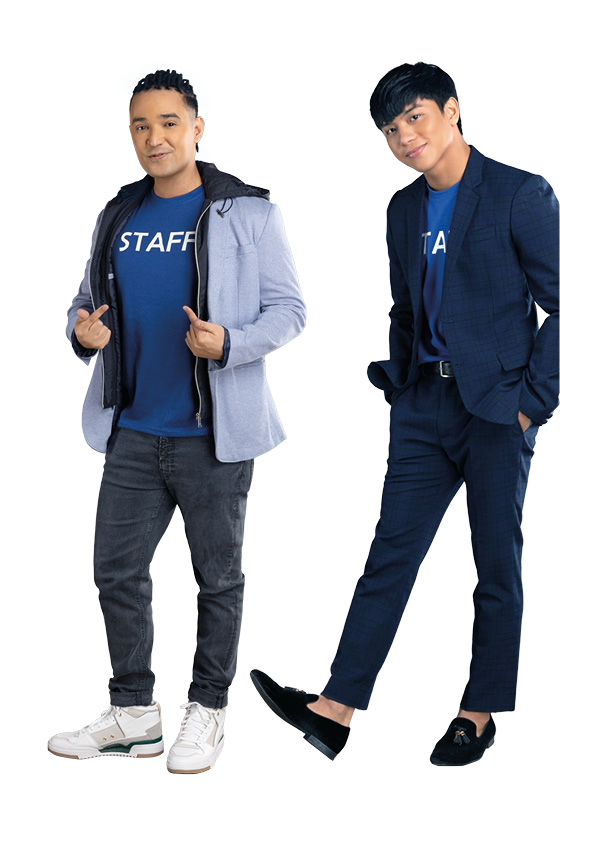 Tristan had a humble beginning before turning into a coveted investor for start-up companies. One day, he crosses paths with Dani whom he used to know as a child. Dani grew up to be a strong and ambitious woman who dreams of becoming the CEO of her own company.

Dani has a long-lost pen pal named Dave, a genius software engineer who became the CEO of Three Sons Tech, a computer technology company. However, Dave struggles in managing his business and earns nothing from it for a long time.

Meanwhile, Ina is the older sister of Dani who is equally determined and independent. Ina becomes the head of her stepfather’s company but not until it is taken away from her. She will then strive to put up her own business even if it means competing with her sister. 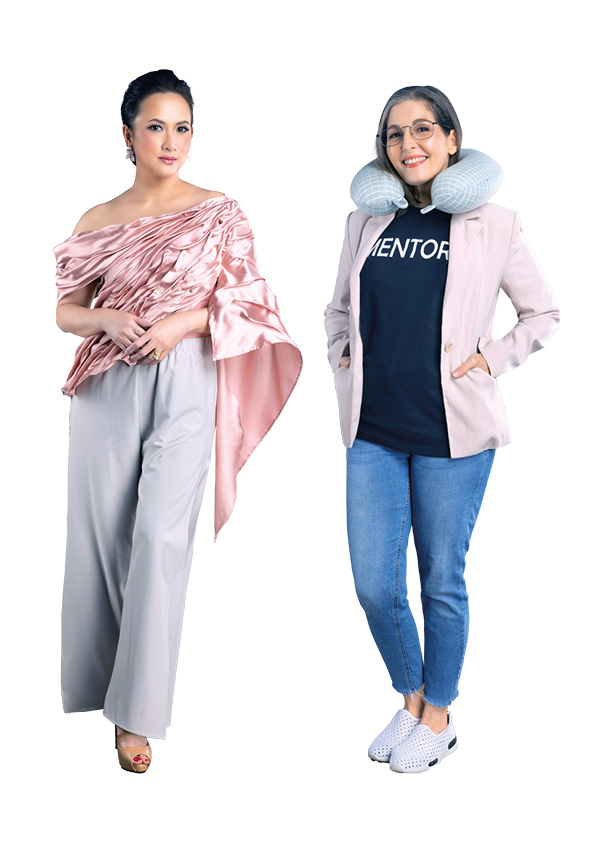 Amid their aspirations and obstacles, Dani will find herself trapped in a love triangle between a man who is secretly her first love and another one who pretends to be her ideal guy.

Being the most successful from the rest of them, how far can Tristan be willing to invest in the dreams of other people? How can Dani, Dave and Ina overcome their self-doubts, insecurities, expectations, and even past traumas to make their dreams come true?  Lastly, who will win the heart of Dani in the end?

Joining them is an all-star cast of some of the country's most respected artists in film and television: Gabby Eigenmann as Arnold, a business tycoon and the scheming stepfather of Ina; Kim Domingo as Stephanie, a beautiful, smart and rich member of the Three Sons Tech; Jackielou Blanco as Sandra, the kind and encouraging CEO of Sandbox PH; Ayen Munji Laurel as Alice, the mother of Dani and Ina who longs for a loving family that she lost because of her own doing; Boy2 Quizon as Wilson, the funny and loyal friend and business partner of Dave; Royce Cabrera as Jefferson, a dedicated young man and one of the founders of Three Sons Tech; Niño Muhlach as Samuel, the strict yet supportive father of Dave; Lovely Rivero as Dang, the sympathetic mother of Dave; Kevin Santos as Darwin, the patient and understanding assistant of Tristan in Sandbox PH; Tim Yap as Angelo a.k.a. Mr. A, the earnest executive of a tech company in Korea who will be interested in Three Sons Tech; Jay Arcilla as Anjo, a software engineer who will try to defeat Dave’s business; Kaloy Tingcungco as Spencer, the cunning and insecure son of Arnold and stepbrother of Ina; Brianna as Joan, the competitive twin sister of Anjo who is also a hacking expert; and Ms. Gina Alajar as Lola Joy, the selfless grandmother of Dani and Ina who will try to reunite them. 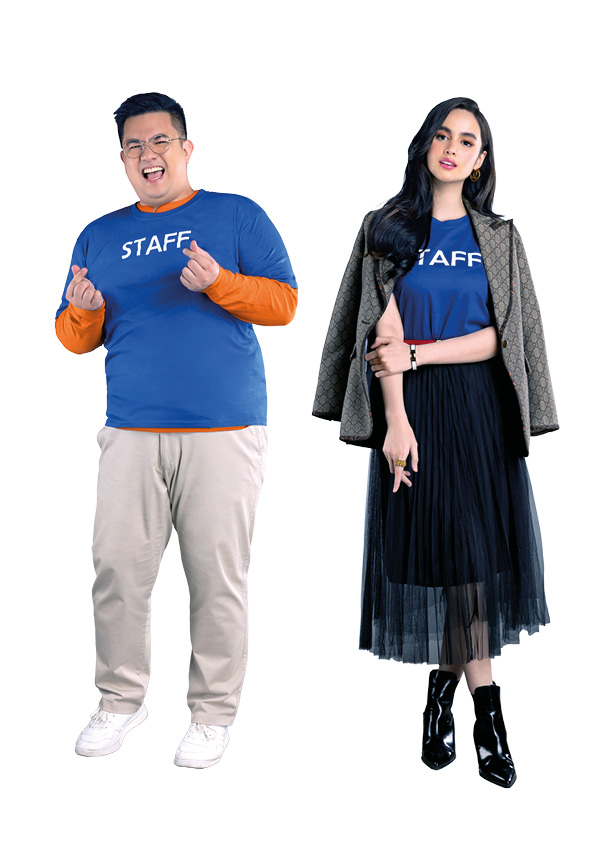 Completing the cast is Neil Ryan Sese, who has a special participation as Chito, the biological father of Dani and Ina who aspires to become a successful businessman. 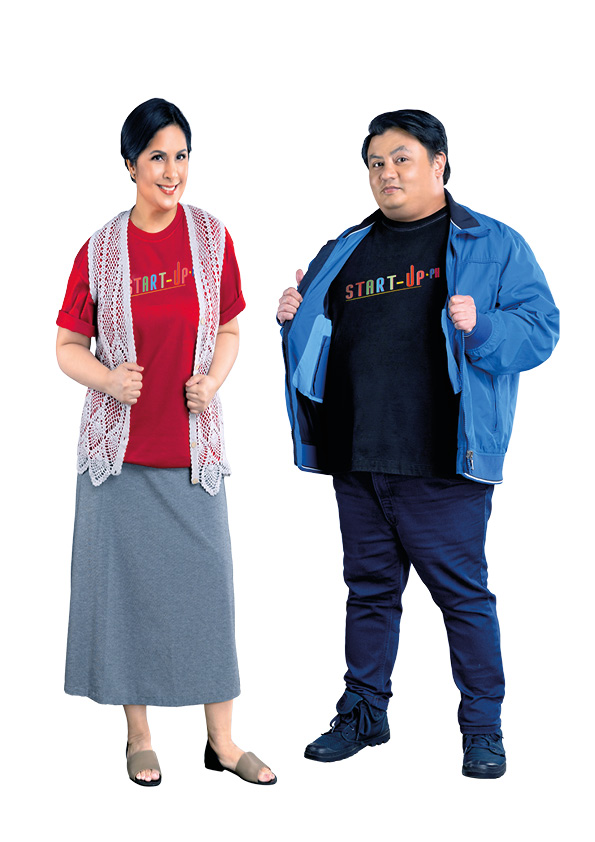 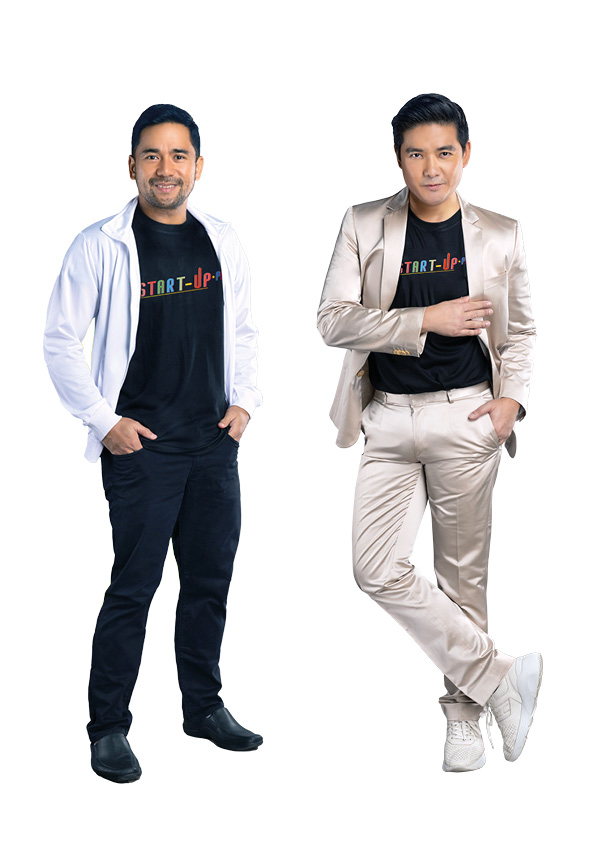 Let’s all dream together and catch the world premiere of Start-Up PH – under the helm of directors Jerry Sineneng and Dominic Zapata – this September 26, weeknights at 8:50 p.m. on GMA and at 11:30PM from Monday to Thursday and at 11PM every Friday on GTV. 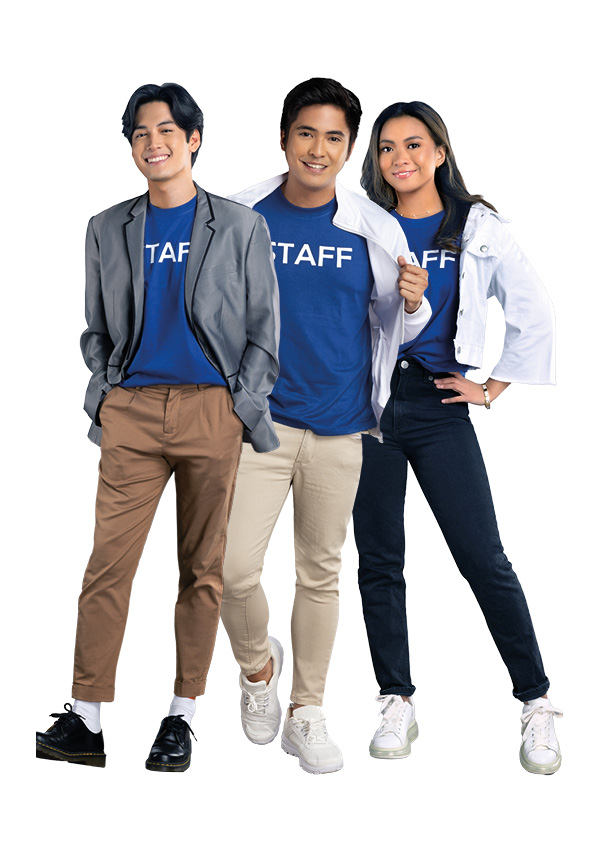