The Pride of Pride: 8 celebrities who bring honor to the LGBTQ+ community 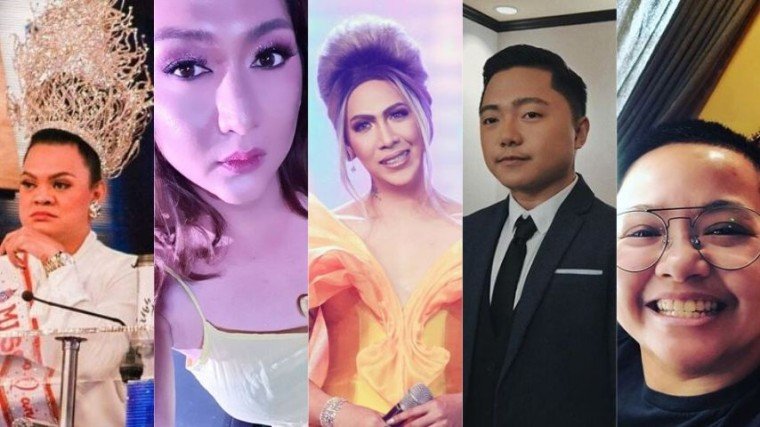 Happy Pride! On the first day of Pride Month, we celebrate 8 celebrities who bring pride and honor to the LGBTQ+ community! Check them out below!

Happy Pride! It is the first day of Pride Month, a month when we celebrate the Lesbian, Gay, Bisexual, Transgender, and Queer (LGBTQ+) community and the 1969 Stonewall Uprising in Manhattan, the latter being the culmination of the Gay Liberation Movement in the United States.

Now, as Pride Month reaches its 51st year in the globe today, June 1, we celebrate its first day by listing down these celebrities who are out and about as proud members of the LGBTQ+ and who has brought pride and joy to the community with their own unique talents.

Vice Ganda has gone so far from making people laugh as a stand-up comedian in bars in Metro Manila. Ever since landing a judging and now-hosting stint in the variety show It’s Showtime and various films starting with the remake of Petrang Kabayo, Vice has turned his comedic talents into a blockbuster success, after every movie he has done from 2011-2017 has become consecutive highest-grossing films in the Metro Manila Film Festival (MMFF).

He also owns his own line of cosmetics brand and is the first openly gay endorser of a major telecommunications service in the Philippines.

In the awards night for the film festival, she made history by becoming the first transgender to bag a top actress award in an annual film festival, winning Best Actress for her work in the above-mentioned film.

WATCH: Iyah Mina wins 'Best Actress' at the Cinema One Originals Awards Night for the film 'Mamu, and a mother too' | 📷 @TristanNodalo pic.twitter.com/Dcv9OvEQfO

It was in 2017 when gay beauty pageants were brought to mainstream television when the segment “Miss Q&A” made its way into the variety show It’s Showtime. We were introduced to a whole bunch of pageant queens who use their wit, wisdom, and humor to make themselves known in that world of mainstream gay pageantry.

One, in particular, stood out and that is Juliana Parizcova Segovia, who was crowned as its first-ever winner. Week by week, Juliana always wowed audience members and viewers with her heartfelt answers about love, life, and current events. This would garner her a spot in the Hall of Fame of the segment, shooting her straight to the grand finals.

In the finals for “Miss Q&A”, Juliana earned the crown after answering the final question “Ano ang pinakamahirap na tanong at bakit?” in which she answered “Ano ang kinakatakutan ko?” wherein she replied about losing her mother, earning applause from the Resorts World Manila crowd. The answer would ultimately earn her the title of Miss Q&A 2018, besting 2nd runner-up Lars Pacheco and pageant veteran and 1st runner-up Matrica Mae Matmat Centino.

Former international artist Charice has been known as Jake Zyrus for a while now, adopting the name and dropping his former mononym/real first name last 2017.

Despite gaining criticisms, Zyrus has inspired a lot when he transitioned from lesbian to transman in early 2017. In the process of his transformation, he underwent mastectomy or breast removal surgery and started taking testosterone.

He still pursues his love for music, the art that skyrocketed him into stardom. In 2019, he released his full album as a transman called Evolution, including new songs such as “DNM”, “Love Even If”, and “Tapestry”, the latter a duet with his aunt Ria.

After rising to fame as a child star in 90s films and television shows and becoming a singer with her OPM hits such as “Pagdating Ng Panahon”, Ice Seguerra publicly came out as a lesbian in 2007, before identifying as transgender in an episode of Aquino & Abunda Tonight seven years later.

"Ngayon ko lang na-identify talaga para sa sarili ko. Before kasi, as a lesbian, ang dami ko paring questions na hindi [masagot]. When I finally discovered sa sarili ko na I am not lesbian and I am a transgender, there you go. It answered a lot of questions." he told the talk show hosts.

In 2017, he was appointed as Chair of the National Youth Commission by President Rodrigo Duterte, before resigning in 2018.

The theater actress came out as a lesbian in 2012. At the age of 18, she was an understudy of the West End production of Miss Saigon, later becoming the lead actress of the play. She began her theater career at the age of 9.

After receiving her degree of Bachelor of Arts in Theatre from the University of the Philippines (UP) Diliman and a postgraduate certificate for classical acting in the London Academy of Dramatic Arts (LAMDA), she went back to the Philippines and founded the New Voice Company where she is an actress and serves as artistic director.

She married her wife, Rossana Abueva, in London back in 2015.

Tim Yap is always the “life” of the Philippine party scene, owning several clubs in Metro Manila. He is also a radio and television host, columnist, and known eventologist.

He also currently runs a public relations and events company called Yaparazzi with his husband, Javi Martinez Pardo. Shortly after his 40th birthday last January 2017, Yap had our hearts melting when he proposed to Javi. A year later, they tied the knot in beautiful New York City.

After a fitness coach controversially outed him after a controversy in late 2019, actor-host Alex Diaz owned up to his faults and came out as bisexual.

His coming out story earned praises and support from his friends and fans. It also did not stop Alex from working hard, being showered with opportunities, including a role in an international action-thriller film where he will star alongside Sam Worthington. 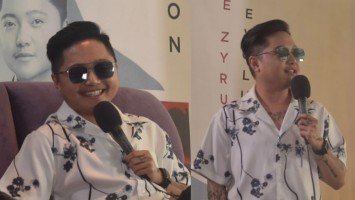 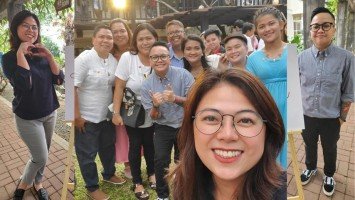