Aga Muhlach is elated over Korean director Lee Hwan-kyung’s compliments of his performance in the Pinoy remake of Miracle in Cell No.7 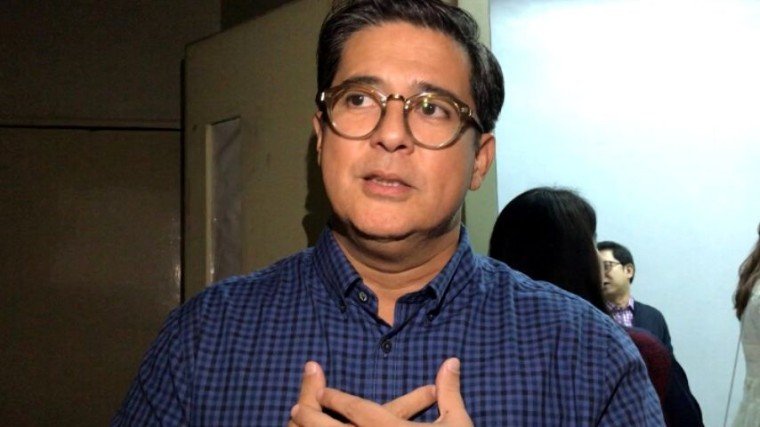 Aga Muhlach felt honored to feel the support from South Korean director and producer of Miracle in Cell No.7!

Actor Aga Muhlach responded to the compliments he received from the South Korean director of the original Miracle in Cell No.7 film, Lee Hwan-kyung.

Lee Hwan-kyung along with the Korean hit drama film’s producer Kim Min-ki were spotted in attendance at the premiere night of the Pinoy remake of Miracle in Cell No. 7, held last night, December 16, at the SM Megamall.

Miracle lead actor Aga was ecstatic to see them in person and totally felt their all-out support for his Metro Manila Film Festival comeback film.

“And sabi nga niya based on the trailer and teaser na gandang-ganda siya. So, nakakatuwa naman.”

He also revealed that he personally invited the film’s original Korean actor Ryu Seung-ryong to the premiere night.

Aga further explained how directors help them to give justice to their role and he even mentioned director Nuel Naval, who helmed Miracle in Cell No. 7 adaptation, as an example.

Aside from having a great director, Aga also stated how much he’s blessed to have worked with several exceptional actors in one film.

When asked if he’s nervous about the outcome of the film especially the feedback of the audience, he quickly said, “Hindi ako kinakabahan.Masaya ako and actually, excited ako.

“I’m just trying to manage my expectations but I’m excited because when were shooting the film, masaya kami and feel namin na tama ’yong ginagawa namin.

Miracle in Cell No.7 is showing on Christmas Day, December 25.