Aicelle Santos and Mark Zambrano exchange 'I dos' in Batangas 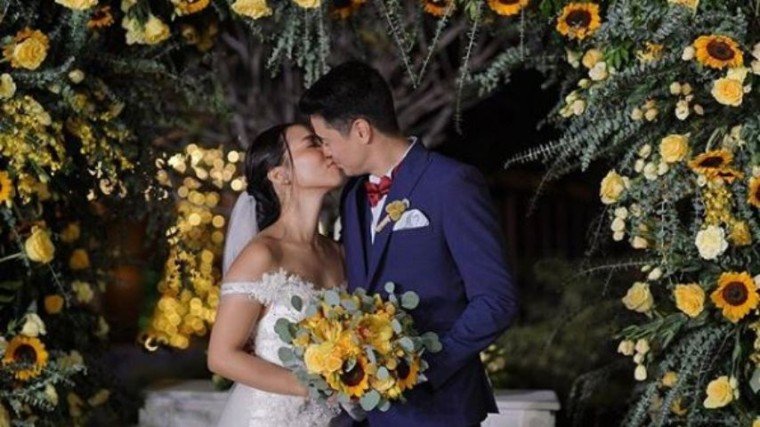 We are happy for you, Mr. and Mrs. Mark Zambrano. Congratulations and best wishes!

The couple tied the knot earlier in an intimate garden wedding held in Batangas.

on November 14 episode of 24 Oras that Aicelle and Mark wanted to keep their wedding ceremony "private."

The world renowned singer also excitedly shared that she and Mark were "hands on" for their wedding preparation.

Present in the ceremony were GMA News reporters and Raffy Tima who posted photos of the newly wed couple surrounded by yellow roses and sunflowers on social media,

also captured the sweet moment when Mark kissed his bride Aicelle in a video.

Mark and Aicelle begun dating in 2016 and got engaged when the former GMA News reporter proposed to the musical theater actress in March 2018.

We are happy for you, Mr. and Mrs. Mark Zambrano. Congratulations and best wishes!

Victor Basa and Stephanie Dan get married in Cavite this weekend

Matteo Guidicelli addresses his future in-laws in latest post; assures the that he will take good care of Sarah 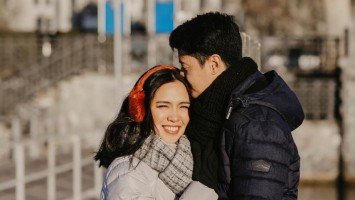 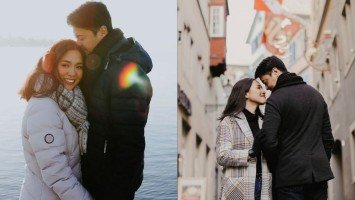 Aicelle Santos is excited about her upcoming garden wedding