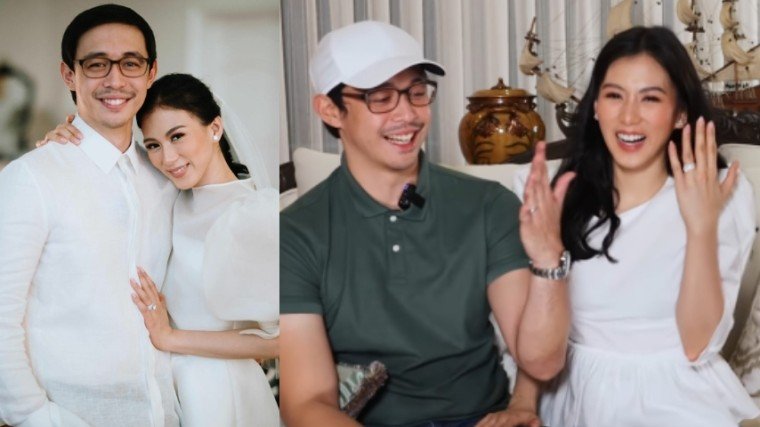 Alex Gonzaga made a surprising revelation on her YouTube channel, having been married to boyfriend Mikee Morada since November 2020!

Alex Gonzaga took to a YouTube vlog uploaded on Sunday, January 17, to announce that she had already tied the knot with her politician boyfriend Mikee Morada last November 2020.

The actress-host began the vlog by acknowledging how her followers had questioned why she has not uploaded a YouTube video for a while. She also pointed out that in an Instagram question-and-answer, a lot of them were asking when will be the big date of their marriage.

It could be recalled that Mikee proposed to Alex last January 2020 in Hong Kong.

“I wouldn’t be who I am today if it weren’t for you and nagbigay sa akin ng purpose in life so I’m very very thankful sa inyong lahat. So, kailan ba ang kasal natin?” she asked Mikee, who was also present in the vlog.

Alex, then, made the surprising revelation that they already tied the knot last November 2020.

They wed in an intimate ceremony held in Alex’s home in their small altar with only their parents and close family members present.

Alex apologized for not sharing the news immediately to her followers, saying they wanted to simply celebrate the occasion as a family and because there was a pandemic going on.

“We just wanted to keep it for ourselves for a little while to celebrate kaya mister ko na ’tong mokong na ’to,” she said.

She also teased that she will unveil full details of the wedding to her followers soon.

“We just wanna thank our family ’cause the moment we said na we are gonna get married, they were all very supportive,” Alex recalled. “Lahat sila pumunta dito, the immediate family.”

For Alex and Mikee, they believed the wedding was for their parents because they wanted to let them know that their family is still there, being able to celebrate a milestone despite the COVID-19 pandemic.

Alex quipped, at one point, that she wanted to get married so she can have Mikee by her side in bed at night.

Alex, then, told a story that there was a time in her life that all her prayers to the Lord were never answered, including having that special someone.

“You just have to wait for God’s perfect time,” she advised those searching for their special someone. “Ibibigay niya talaga kung ano ’yong request mo. Eksakto.”

As a newly married couple, Alex explained her and Mikee’s set-up, saying they are only allowed to be in one roof on weekends.

The couple, then, reenacted their vows for their viewers and wished them well for an even better 2021.

Alex ended the video by sharing clips of their wedding day. She also said they plan to do a bigger wedding this year.

Alex, 32, has been together with Mikee for four years. 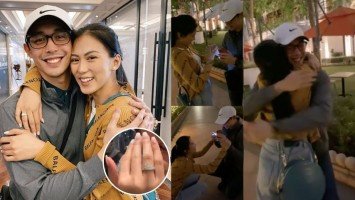 Alex Gonzaga is engaged now to her politician boyfriend Mikee Morada; announces the good news on her birthday 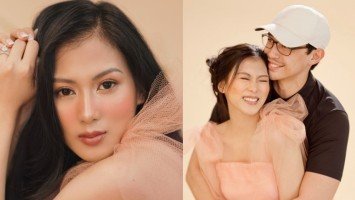