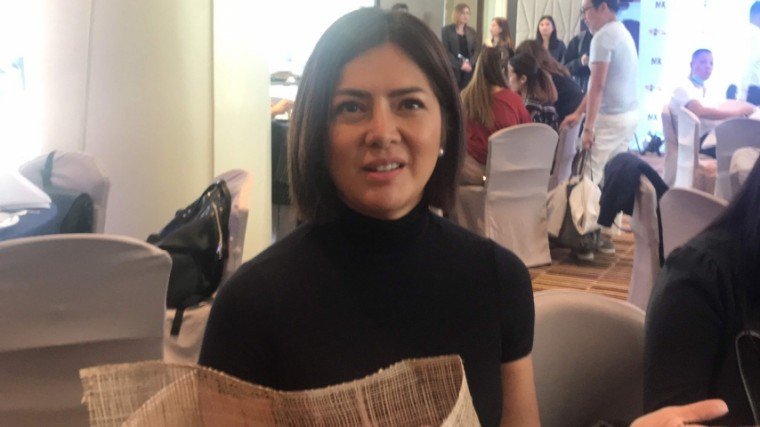 Alice Dixson finally explains her side about the popular urban legend about her and a local mall's 'snake man' which has been a talk of the town since it boomed in the 1980s.

In her recent vlog uploaded Saturday, July 25, Alice Dixson spoke up about the urban legend about her and a popular mall's 'snake man' which, according to rumors, she had a close encounter with in a fitting room.

It could be recalled that the actress became the talk of the town back in the 1980s because of the urban legend, with the conclusion being she was paid tons of money to fly to Canada and be silent about what had allegedly happened to her.

After looking back at the different versions of the legend and asking some of the mall's employees about such, Alice recalled the specific day she was in the department store of the mall.

"What I remember on that particular day was I went to [the] mall and to the department store para mag-browse ng clothing," she recalled. "It wasn't a special day. In fact, it was like any ordinary day."

After getting the clothes she wanted to try on, Alice told viewers that she was assisted by a sales lady who directed her to the fitting room.

She, then, explained that a close friend of hers and a few fans reminded her that she was in the mall for a movie shoot back then.

"Production told me I needed to change my outfit or go into my costume," she recalled of the night. "They directed me to the bathroom sa labas ng department store on the 4th floor, para magpalit ng damit."

While inside the bathroom, she recalled herself saying the words "Tuklaw! Tuklaw!" while not remembering why she did that.

"Siguro, kasi, I was being funny? I was getting a laugh sa mga kasamahan ko?" Alice surmised. "I was just being young and silly."

She also added that her Dyesebel co-star Richard Gomez had a movie called Tuklaw at the time, which was a trending topic back then.

Few days after the shoot, news came out of the incident that a huge snake had eaten the actress inside the mall.

"One morning after, my secretary told me na tumawag ang isang [mall] representative [at] gusto ako kausapin," she recalled. "Siguro, they wanted to ask me if I had made these comments and these accusations, but I dismissed it."

Despite dismissing the story, the news continued to erupt months after.

Alice added that whenever she had conversations with her Chinese-Filipino friends, they would keep mentioning that the snake was the twin brother of Robina Gokongwei, daughter of mall owner John Gokongwei. That was a popular narrative among news reporters and enthusiasts of urban legends.

"This is where I believed the rumor started to build," Alice said. "I also hypothesized that meron kasing mass communication curriculum ang isang school that it had a particular project to disseminate information to see how far, how convoluted, and how long information could spread."

She believed that the school used the story to experiment on the project.

"I know because mass communications graduate din ako and we study these kinds of case studies," she explained.

Alice's other theory on why this urban legend came about is because her "silence created a snowball."

"That was one of my reasons why hindi ako nagkomento noon," she went on. "I really didn't feel the need to talk about it or defend myself."

Alice had actually forgotten about the urban legend until one of her family friends opened it up recently, recalling the deal they made that, after a certain time, the actress would explain her side of the story.

"This is the time I want to set things straight," she said.

With people possibly saying she is in denial again, Alice explained that a denial is only said when something is actually true.

"Kung totoo nga [ang lahat ng ito], bakit walang nag-step forward?" she went on asking. "Like there's no security guard, there's no maid, there's no close friend. There's nobody who actually witnessed this aside from this urban legend."

She, then, narrated the circulated news that the "snake man" who attacked her had passed away a few years ago.

Shortly after the news had spread, the mall had contacted her to participate in this digital ad campaign, leaving viewers to have different takes on the matter.

"Is this a coincidence?" she asked before concluding the video. "Kayo na lang po ang bahala mag-decide kung ano ang paniniwalaan niyo if it or it is not. Basta sinabi ko na sa inyo 'yong truth ko."

"I told you what happened and, hopefully, this is the first and last time I'm gonna need to explain myself or say anything about it." she concluded.

Watch Alice's full explanation about the urban legend by going to her official YouTube channel. 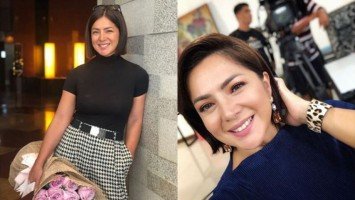 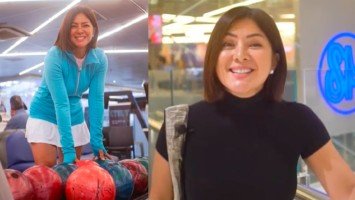