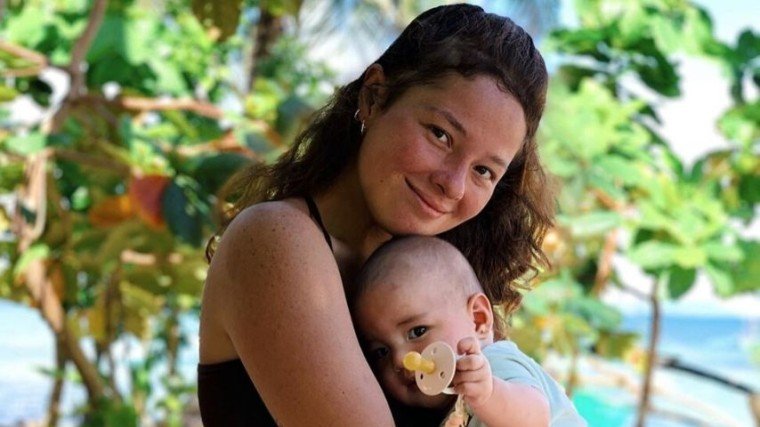 Andi Eigenmann reveals that she's set to star in a new film!

We will be seeing Andi Eigenmann on the silver screen once again as she is set to star in a new film!

Andi made the announcement on her Instagram account earlier today that she will be flying back to Manila soon as she’s about to shoot a new movie. Moreover, she say’s she’s committed to shoot the film for a whole month.

Despite feeling all ecstatic to be back in front of the camera, Andi is just equally downhearted to be separated from her six-month-old daughter Lilo and partner Philmar Alipayo.

“And now comes the hardest part.” Andi wrote on her IG post. “After almost 6 months, I am leaving Lilo for the very first time with papa on the island, because I will be busy filming a new movie.”

She continued, “While I am stoked to be back in front of the camera and to get another chance to bond with Ellie where it’s just her and me, it hurts to leave papa and my little one.”

It’s also hard for her to leave Lilo behind because Andi will surely miss some of her little girl’s milestones. Nonetheless, she’s comforted to know that she has Philmar and his family to take good care of Lilo.

“It will only be for a month, but that’s way too long for me to be away from my children. I know it will feel like forever. Especially because there’s a chance I’d miss out on some milestones.

“But I’m so grateful to have papa @chepox to count on, and Lilo’s lolo, lola and tita ninang @angie_alipayo to help him out too.”

Andi hopes that once she finished filming and goes back to Siargao, they will be complete again living in their new home!

“I am gonna miss my little one soooo much!!! But I will be doing this for all of us! And after this will be so rewarding that we will all be complete again on the island hopefully in our new home sweet home!🏡🌸.”

Andi was last seen in the 2018 horror film, All Souls Night. The following year, she gave birth to Lilo, dedicated her time to care for her family, and created more memories with them in Siargao.

Andi’s fans and supporters are just as excited as her! 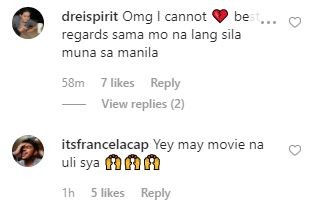 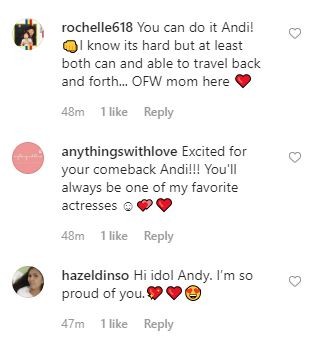 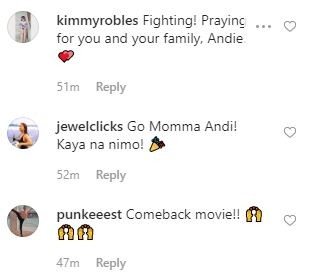 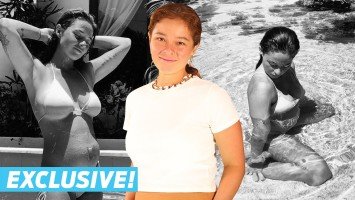 Andi Eigenmann is one happy momma 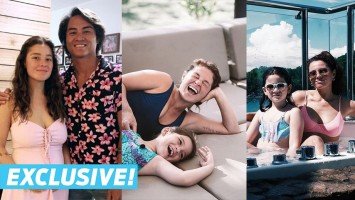 Andi Eigenmann: Hopeful for the future