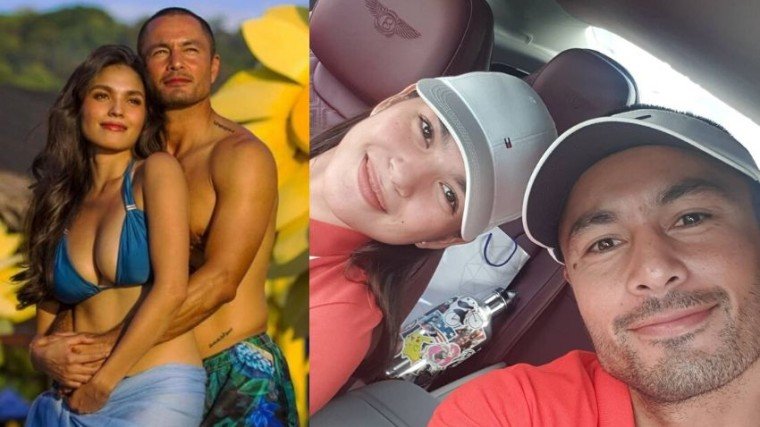 "It's very real. That's the best way to describe it. It's nothing fake. No gimmick. It's just who we are.”- Derek Ramsay

Derek Ramsay confirmed that his girlfriend Andrea Torres just said “Yes” to his proposal. But not a wedding proposal yet, but in creating their own YouTube channel.

Derek shared a video of him and girlfriend Andrea on his Instagram today, December 5, where they announced that they will start doing vlogs soon.

In the video post, Derek explained that creating vlogs would be their way of giving back to their fans for their continuous love and support for them.

Derek added that it took them awhile to put up their own channel because “Ayaw naming makisabay," referring to other celebrity couples who have already fortified their social media presence through vlogging.

But they said they decided to join the bandwagon anyway “Because we want to share you our lives, our relationship, and give back to the support and love that you give us. We want you to be part our lives."

The 42-year-old Kapuso star also said that their content will be unique since they will be showing their genuine side to the public.

"It's very real," he said. "That's the best way to describe it. It's nothing fake. No gimmick. It's just who we are.”

Their YouTube channel, the couple both announced on their respective IG pages, will be launched on December 15.

The celebrity couple first met when they filmed the summer station of  GMA-7 last April. Then they were subsequently paired in the primetime drama, The Better Woman, which paved the way for their friendship to blossom into romance.

In September this year, Derek and Andrea confirmed that they are already a couple.

They’ve been travelling and experiencing new adventures since and these are what they wanted to share to their followers.

We're excited to see what you have in store for us, Derek and Andrea.