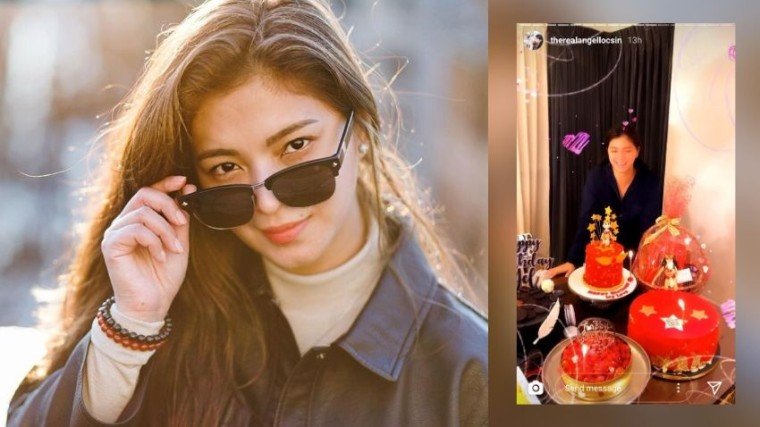 In her Instagram stories posted last night, April 22, the "real-life Darna" to many shared that she received hints about the surprise birthday salubong while filming the cakes sent by her friends and loved ones.

She also expressed her appreciation to the cakes given by her father and her boyfriend Neil. Both cakes were designed with Darna figurines wearing face masks.

The actress and humanitarian aid worker also thanked her fans, friends, and her The General’s Daughter co-actor Paulo Avelino for sending her birthday cakes and goodies.

The birthday celebrant also took a video capturing her surprising her beau who made the birthday surprise preparation.

"Surprise!," the actress told Neil when he walked into the room.

She later "blew her candles off" using her hands.

Happiest birthday to you, Angel Locsin.

Dimples Romana’s birthday tribute to her BFF Angel Locsin will make you wish you also had a real-life Darna bestie!