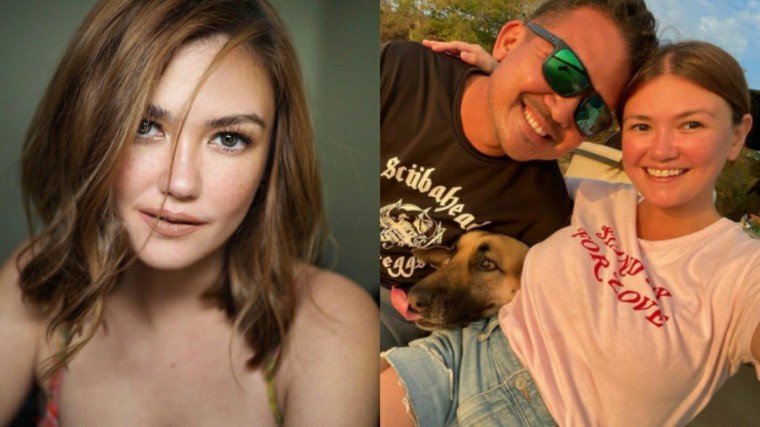 Angelica Panganiban has introduced her new love on Instagram!

Last Friday, February 5, Angelica Panganiban introduced her current boyfriend by posting a selfie with him on Instagram.

The picture was taken on Subic Bay and featured the actress with a man whom she tagged as Gregg Homan. Joining them in the photo was a dog named Roxy, who Angelica referred to in the photo.

“‘Dad, Mom, make space for me? ‘Cause I’m the cutest’- Roxy” she wrote as the caption of the post.

Based on his Instagram profile, Homan indicated that he is involved with the Bay Marine Subic, a boat service that designs, sells, and rents out aluminum boats and landing crafts. He is also a part of Mangrove Resort Hotel, a boutique hotel located in Olongapo, Zambales.

It has been rumored that Angelica is in a relationship since November 2020. She confirmed the rumors on New Year’s Day, sharing a photo of herself kissing a man under the fireworks in the background.

She did not identify the man as Homan, at the time.

It could be noted that Homan is Angelica’s first non-showbiz boyfriend, after her previous relationships with actors Derek Ramsay, John Lloyd Cruz, and Carlo Aquino.

Angelica Panganiban wants to be ninang to Anne Curtis’ baby