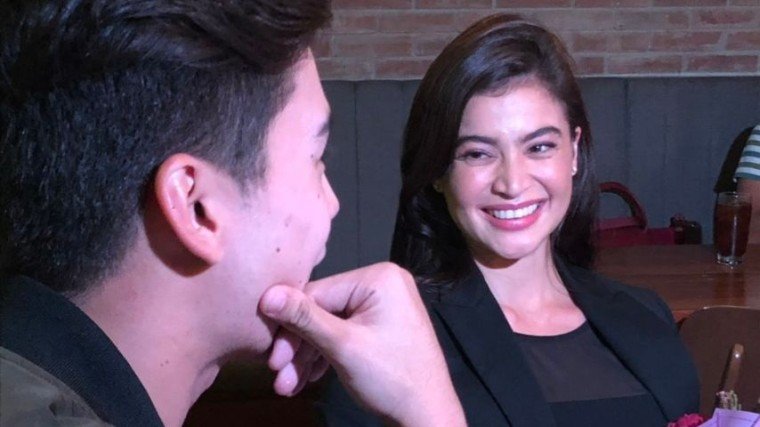 Just A Stranger celebrated their 100 million success last night with a victory party! Check how grateful the cast and director are by reading below!

Yesterday, September 2, a victory party was held for the success of the erotic-drama film Just A Stranger at the Draft Restaurant & Brewery in Ayala Malls the 30th in Pasig City. Present during the party was the two lead stars of the film, Anne Curtis and Marco Gumabao, and the film’s director, Jason Paul Laxamana.

The party commenced after it was announced that the film grossed 100 million pesos in ticket sales from local cinemas nationwide. In an interview with the press, Curtis, Gumabao, and Laxamana could not help but be grateful for the people who watched and supported the film.

“You know, we’re very very happy. We’re all very nervous [about it] being an R-16 film but we did it and we’re very happy.” Curtis said. “Word of mouth really goes a long way, so nagpapasalamat talaga kami sa lahat ng nanuod at talagang shine-share ’yong sentiments nila on social media.”

Gumabao, on the other hand, still feels surreal about the success of the film. He feels that the success it received is such a big blessing for the cast and crew.

Director Laxamana also felt the same sentiments, who began praising the cast and crew for a job well done. He also set out a notice to all people who have not watched the film just yet.

Congratulations, Anne, Marco, and direk JP! Just A Stranger is still showing in over 200 cinemas nationwide! Get a ticket while you can!

Watch the three’s interviews below! 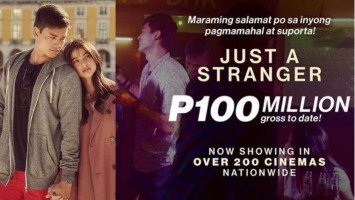 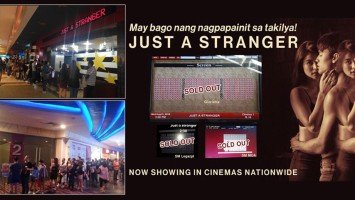