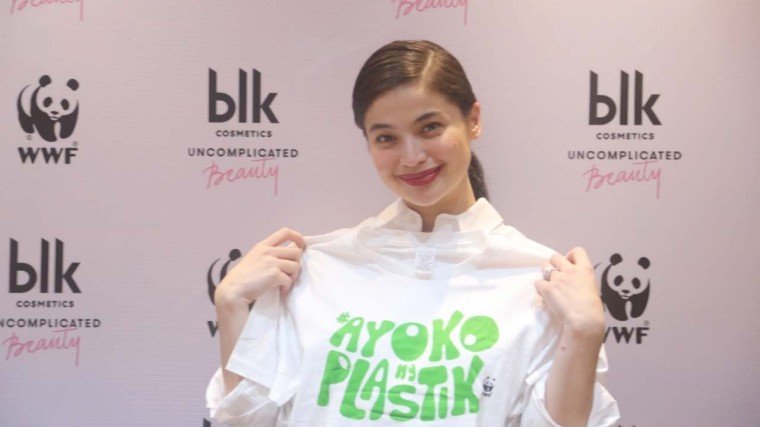 Anne Curtis—co-founder, creative director, and endorser of blk cosmetics—is here displaying a statement shirt given by the WWF officials. It’s printed with the words: Ayoko ng Plastik. The plastik meant here are the non-biodegradable plastic materials we all use everyday and throw away trash, which then later becomes one of mother nature’s worst enemies.

And last September 29, she represented the brand in signing the memorandum of agreement between blk cosmetics and the WWF-Philippines (World Wide Fund for Nature).

The two organizations will be spearheading soon-to-be-announced projects that will have to do with pro-active participation in tackling environmental concerns.

Anne says it was actually blk that contacted the WWF group.

“Because when we  are designing our blk travels collection, we decided to represent each country with an animal on our lipstick,” Anne told pikapika.  “And I think  BLK has been love by so many Filipinas in a span of…in such a short time, so we said why don’t we give back? And that’s what we decided to do it to with this collection.

“And after seeing the animals on our design we decided to contact  the World Wide Fund for Nature- Philippines. And we are very thankful that they agreed to partner with us and we are so excited to collaborate with them for different projects.”

Anne, who’s also UNICEF (United Nations Children’s Fund) Celebrity Advocate for Children, says she’s trying to be an entrepreneur with a conscience and help out, as much as she can, in children and environment-related concerns cause soon enough, she’ll be a mom, too.

“And I wish to help build a better world, not just for my future kids, but for all the kids in the world. They deserve it.” 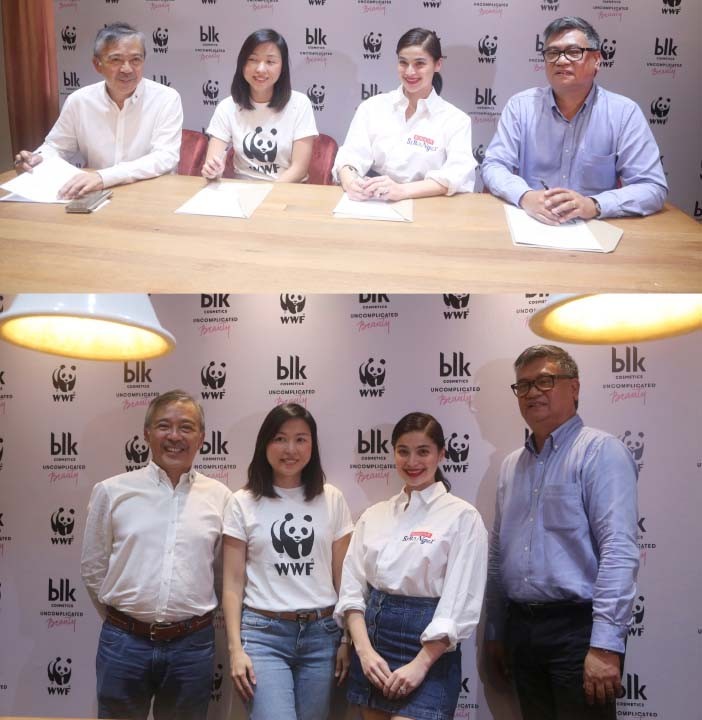 Anne (third from left)—here with the officials of the WWF-Pihilippines led by its president and CEO Jose Angelo Palma (rightmost)—says her make-up brand has partnered with WWF because “we really felt that it is our way of giving back and with the relevance of it being connected to beauty as well…beauty of the world and the earth that we live in. So we really wanted to make a difference and hopefully inspire all blk lovers to join in this movement.” 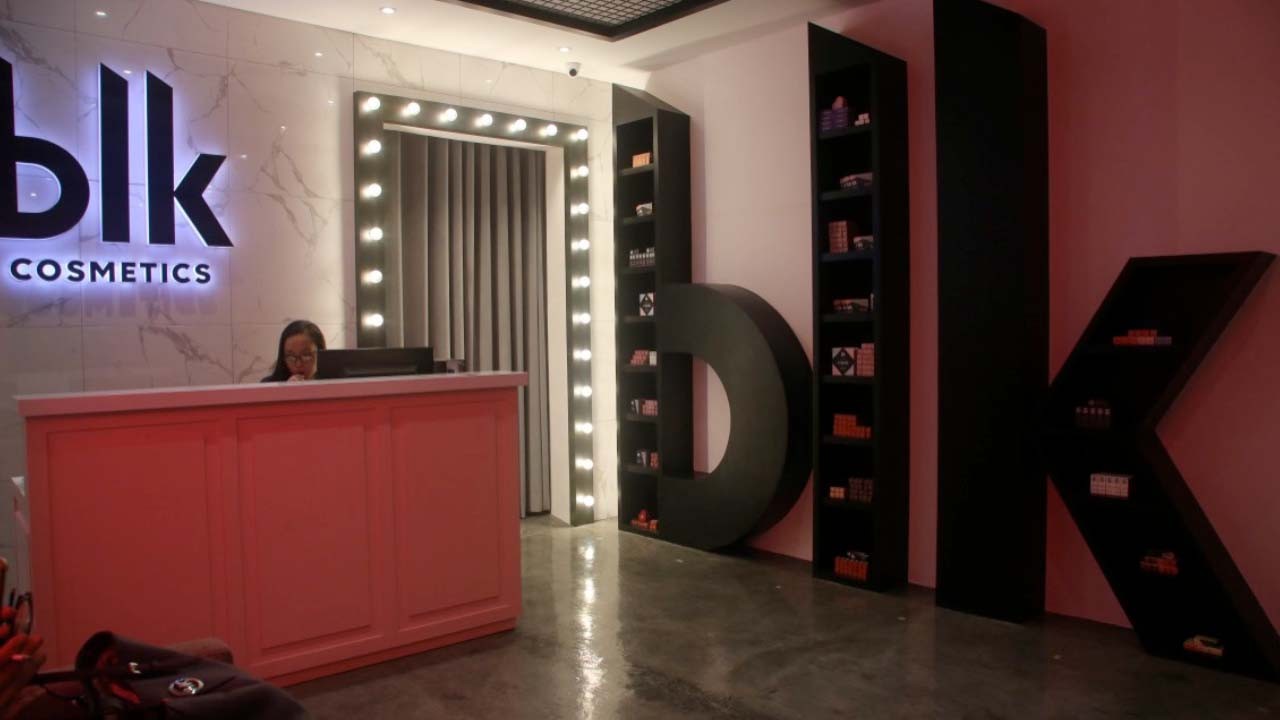 The posh lobby of the two-story blk cosmetics office in Quezon City. 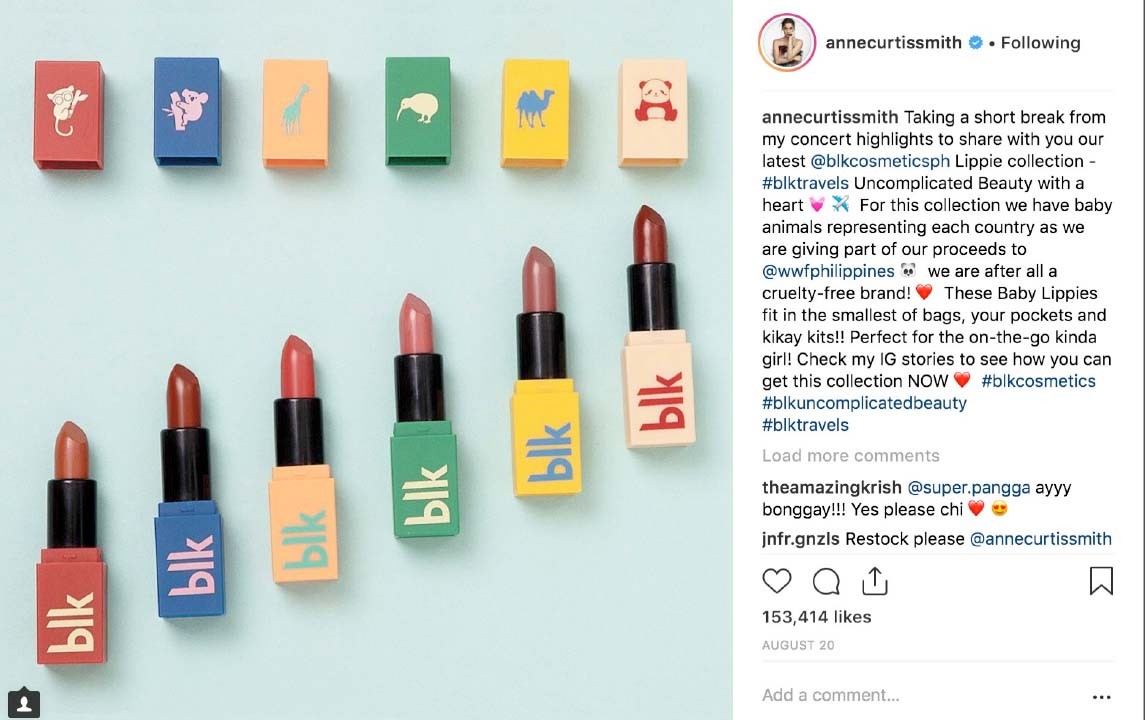 The blk cosmetics limited edition mini lippies  #blktravels are named after baby animals—since blk cosmetics are animal-cruelty free—representing countries that are close to anne’s herat or those that she has already visited such as the bohol tarsier (philippines), koala (for australia), panda (china) and so on.

Proceeds from the sale of these baby travel lippies will go directly to the WWF.

In her August 20 IG post, Anne, introduced the new collection to her fans, and wrote: “Taking a short break from my concert highlights to share with you our latest @blkcosmeticsph Lippie collection  #blktravels Uncomplicated Beauty with a heart 💓✈️ For this collection we have baby animals representing each country as we are giving part of our proceeds to @wwfphilippines 🐼 we are after all a cruelty-free brand! ❤ These Baby Lippies fit in the smallest of bags, your pockets and kikay kits!! Perfect for the on-the-go kinda girl! Check my IG stories to see how you can get this collection NOW ❤” #blkcosmetics #blkuncomplicatedbeauty
#blktravels