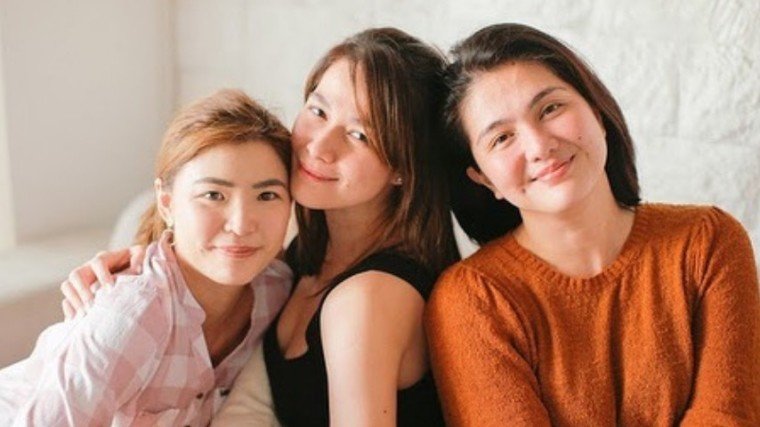 Never underestimate the power of a good barkada outing.

Actresses Bea Alonzo, Dimples Romana, and Beatriz Saw had an all-girls day-out yesterday--and their photos are so pretty!

The three ladies became close on the set of the 2007 film One More Chance, where Bea starred in the lead role alongside John Lloyd Cruz. Beatriz and Dimples played her best friends.

The trio also reunited in the film's sequel, A Second Chance.

Wrote Bea: "In this world of make-believe and where almost everything seems to be fleeting, having a friendship that beats a decade is a treasure. ❤️

"I had an awesome day yesterday with these two! And it has been a while since I've had a day as awesome as that just by doing mundane things so I will be posting more pictures! Haha! Sensya na!😅"

In the photos, the three friends can be seen lounging around and cooking lunch with Dimples' panganay Callie.

What a beautiful friendship!

Body Positivity: Bea Alonzo inspires you to love yourself