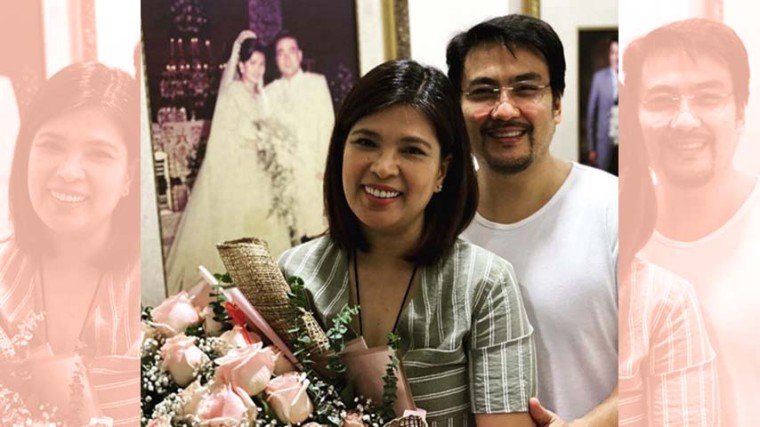 Two days ago, May 27, Bong decided to surprise his “may bahay” with a bouquet of flowers and a heart melting letter to welcome their special day.

He did an anniversary salubong with the help and presence of their kids and loved ones. He also documented what went down during the simple occasion and uploaded it on his Instagram account.

In the 5-minute video, Bong made his wife feel extra special by expressing his love and gratitude to Lani through a handwritten letter.

Lani appeared reading the letter aloud for everyone to hear and a part of it reads:

At the end of the video, Lani gave Bong a kiss and joked that they are exempted in practicing social distancing for the meantime since it’s their anniversary.

Lani, for her part, dedicated a short but sweet message for her husband on her Instagram account.

Attached to her post is a photo of them together after the surprise anniversary pakulo of Bong with their wedding picture as their backdrop.

She wrote on her caption, “Happy 34th Wedding Anniversary @bongrevillajrph! In all seasons till death do us part. By God’s grace and by our Love we have endured..”