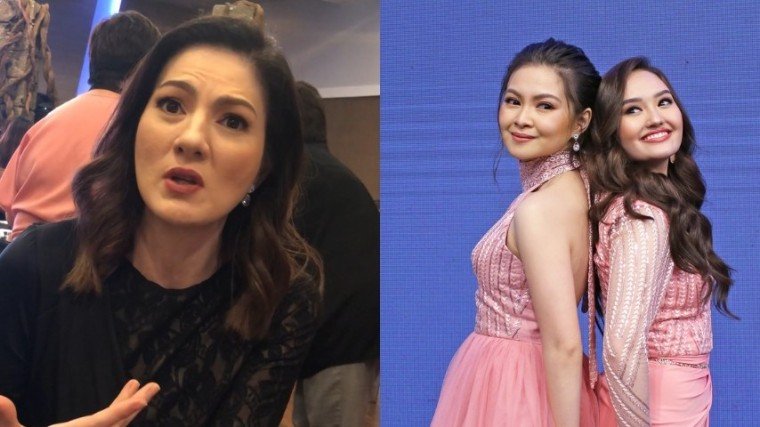 Primetime soap Kara Mia has yet to air, but it's already the talk of the town.

The teleserye, headlined by Barbie Forteza and Mika dela Cruz, became the subject of countless memes last January for its unique concept centered around twin sisters, Kara and Mia, sharing one body.

At the show's recent press conference, it was revealed that show would replace another sibling-themed one: Cain at Abel, which will air its last episode this Friday.

This means that the new soap will face off with ABS-CBN’s Ang Probinsyano, which has been on air for more than three years.

But according to Carmina Villaroel, who plays Kara and Mia's mother on the show, she and the rest of her castmates do not stress about their rival on the after-news timeslot.

"Every new show, may pressure naman but it's only up to us kung magpapa-pressure kami."

Regardless of timeslot rival, the actress asked detractors not to dismiss their show and give it a chance as it is very different from the action-heavy show led by Coco Martin.

"Bigyan lang kami ng pagkakataon. We just want to give the viewer some options," the actress said.

"It's either mag-adobo ka or mag-sinigang ka. 'Yon lang naman 'yon e. I'm sure both networks naman ang iniisip lang nila 'yong viewers palagi. So let's just give them what they want. Let's give them something new.

The actress added that she and her castmates are grateful for the netizens and fans who made memes and created buzz around the show weeks before it even started.

The actress hopes that the memes are a good sign that viewers will like the show when it starts airing on February 18.

WATCH: How Barbie handles getting choked by her own dress's neckline