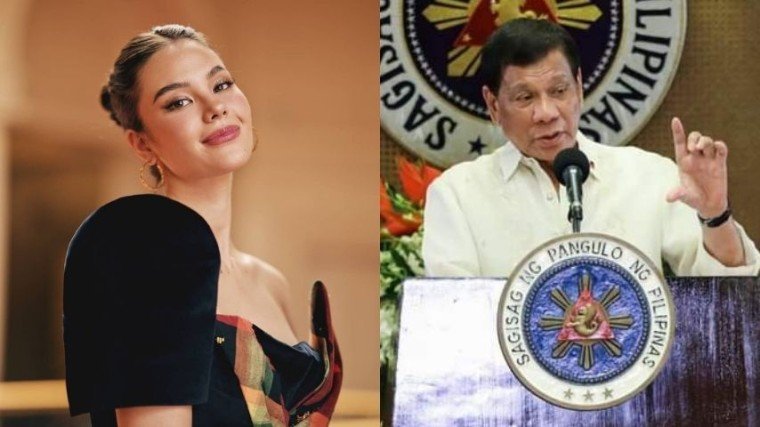 After Rabiya Mateo, Miss Universe 2018 Catriona Gray also has something to say about President Duterte's statement about the presidency not being a job for women.

For Miss Universe 2018 Catriona Gray, one’s gender is not a basis for their capacity to lead. It is determined by character and skills.

The beauty queen and singer said this during an Instagram Live interview with television writer G3 San Diego last Monday, February 22. She was asked about President Rodrigo Duterte’s remark saying that the Philippine presidency is not a job for women.

It could be recalled that Duterte, in a highway project launch, made the statement to dismiss speculations that his daughter Sara would run for the position next year. There, he added that women and men handle emotions differently.

In the past, Duterte has also maligned the capability of the lady Vice President Leni Robredo to be his successor, describing her as “weak.”

"I don’t think your capacity to be a leader is determined by your gender,” Catriona said in the interview. “I think it’s defined by the capabilities, skills, and talent that you have. Your experience, your character...I think all of those play part to be a good leader. It is not dependent on one’s gender at all.”

Catriona is not the first beauty queen to speak out against Duterte’s statement. Last February 13, Miss Universe Philippines 2020 Rabiya Mateo responded to the same question during a Question and Answer challenge for the pageant website Missosology.

While she respects the President, Rabiya said she completely disagrees with his statement.

“In our country, we already had two female leaders and by doing that, women are capable as men in handling a nation,” she said, citing the late Corazon “Cory” Aquino and Gloria Macapagal Arroyo.

Rabiya also referred to New Zealand Prime Minister Jacinta Adern who was able to take care of her newborn while leading the nation against the battle for the COVID-19 pandemic.

“I just want to give an example [of] what happened in New Zealand in conquering COVID virus in which their female leader was able to nurse a newborn, and at the same time, she was able to become a mother to her land,” she said.

The newly-crowned beauty queen added that we live in an era wherein men and women should be treated equally while saying that having the heart of a woman helps in her leadership skills. 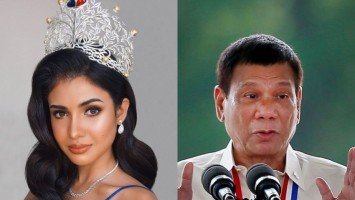 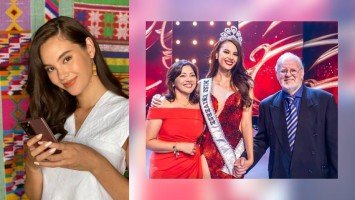 Catriona Gray looks back at her Miss Universe crowning moment, expresses love to her supportive parents