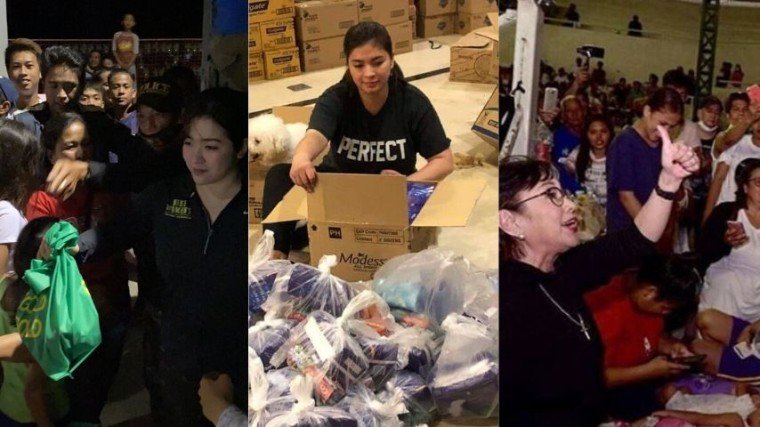 These are the heroes we all need! Celebrities like Angel Locsin, Angeline Quinto, and Vilma Santos-Recto give out donations to people who are affected by the Taal Volcano eruption!

As celebrities made their concerns known on social media for people affected by the eruption of the Taal Volcano last January 12, other celebrities took to action and went straight to the field, gathering relief goods and giving them to netizens in need.

On Twitter last Monday, January 13, actress Angel Locsin asked on Twitter if anyone has conducted an assessment on what the victims needed in this time of calamity.

Today, January 15, online netizens tweeted a photo of the Kapamilya star packing goods for the Taal victims. You truly are a superhero, Angel!

And then she sit there and help #Taal.
Hay, Darna @143redangel . Beautiful inside and out. We, Batangueño are grateful for your heart to serve. God bless the works of your hand. #TaalEruption
📸: Joanne Rojo Alfajora pic.twitter.com/YhAm2MNC2j

Actress Jennica Garcia-Uytingco tended to the victims in an evacuation center in Neogan, Batangas. In photos, she and her team, the Alliance Search and Rescue Medical Team, were speaking to the people affected by the harsh phenomenon, giving them relief goods and interacting with them for comfort. On her Instagram post, she gave her thanks to people who gave their donations to her team and asked to halt donating water and clothes for they need other items.

Under his advocacy, YesPinoy, a group focused on Youth, Empowerment, and Service to the Philippines, Kapuso actor Dingdong Dantes called for donations on his Instagram page, in collaboration with the Philippine Red Cross and Philippine Navy CMOG.

That is what Jason Abalos wrote on his Instagram post yesterday, January 14, his birthday. The actor spent his special day calling for donations to victims of the Taal eruption. He said people who are willing to help can simply send him a direct message on the aforementioned social media platform.

In collaboration with a grocery superstore, Matteo Guidicelli, along with some members of the Philippine Army, sent out groceries and other relief goods to victims of the eruption.

Veteran actress and Batangas Representative Vilma Santos-Recto spoke to each victim one-by-one and consoled them after evacuating their homes and staying in centers to avoid the perils of the ash fall and eruption.

She even thanked her son, Luis Manzano, who donated food and groceries to the Batangueños in need.

Celebrity businesswoman Neri Naig-Miranda thanked a famous meat processing corporation for its help in donating food to people who evacuated in Alfonso, Cavite.

Neri is in collaboration with Alfonso’s mayor to help those in need.

Through the Communities Organized for Resource Allocation (CORA) organization which she founded, actress-host Antoinette Taus announced that she is accepting donations.

She also included a text from Getty Images contributor Ezra Acayan regarding the Taal Volcano eruption, talking about the deaths of countless animals abandoned by their owners and houses dilapidated by the eruption.

Angeline Quinto traveled to an evacuation center in Nasugbu, Batangas to give out relief goods that all came from her, singer Kyla, philanthropist Pinky Trobiano, and celebrity doctor Vicki Belo.

Focusing on the welfare of abandoned animals in Taal, Rated K host Korina Sanchez-Roxas called to her followers, asking them for donations that can help the poor animals who were left behind by their owners.

Korina asked for dog shampoos, collars, and food for the helpless animals. She says she and her team can accept donations until this Thursday, January 16, until the situation settles.

Actor Gardo Versoza and his biker group, the Cupcake Bikers, are currently conducting a donation drive for the victims of Taal Volcano eruption. 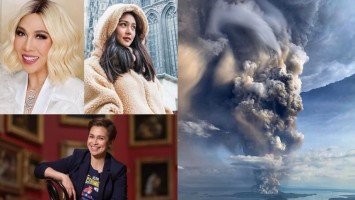 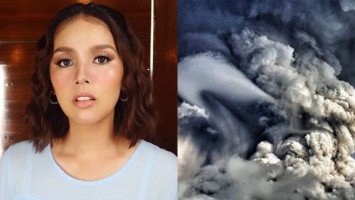 Neri Miranda says her family based in Alfonso, Cavite is safe from the Taal Volcano eruption; donates their resto’s food and asking for help from fellow Batangueños and Caviteños