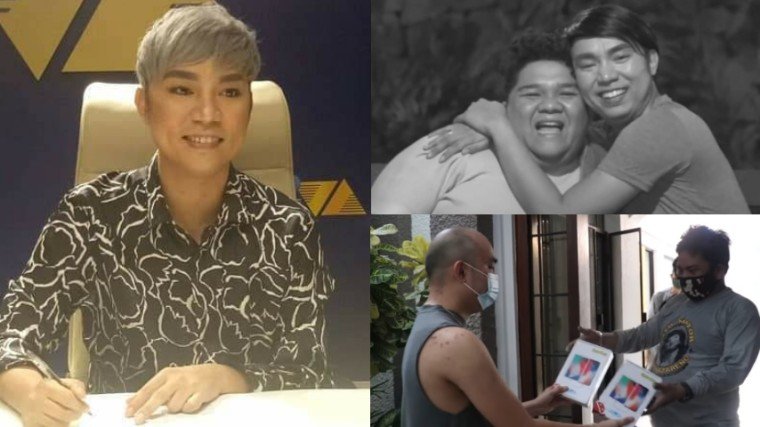 Chad Kinis pays it forward by giving away free tablets to kids who are taking up online classes in honor of the generosity of his last friend Lloyd Cafe Cadena.

“A great friend who inspired me a lot sa kanyang mga contents, who made me laugh, who made me happy. Hindi lang ako, alam ko pati kayo pinasaya niya at nag-iwan ng isang magandang legacy at leksyon sa buhay,” he further described Lloyd.

The comedian further explained that he is doing the vlog to commemorate the generosity of Lloyd, who is best known for producing vlogs that feature him helping other people in need.

“This is a time to honor your deeds and, of course, to continue what you have started,” Chad said. “I’m doing this vlog for Lloyd Cadena, kasi alam naman natin na si Lloyd is very fond of helping people, lalo na doon sa mga nag-aaral.”

In collaboration with vlogger Jhei Alliana, Chad aims to give free tablets to children who are currently taking online classes. He also added that the revenue earned from his vlog will be given to Lloyd’s family.

Although admitting the tablets are not enough, Chad vows to give out more in his next set of vlogs.

He started by giving out two tablets to two personal assistants who have siblings back home who are struggling with online classes.

After his two giveaways, he went outside his house to give out four tablets for people constructing his house who all have children taking online classes.

“Just keep on sharing good vibes, happiness, and, kung meron kayo, help other people,” Chad said. “That’s the lesson we have learned. Lloyd, I love you so much.”

“I just want to share the blessings that we are receiving,” he began to conclude on the vlog. “Kasi ‘eto ‘yong pinakamagandang ginawa ko sa unang upload after Lloyd’s passing, para to honor this generosity and to honor his name,”

“Lloyd, I love you so much. Don’t worry kasi we will continue giving happiness through your inspiration, through your legacy, through the hope that you’re giving us. Ikaw ang nagbigay sa akin ng paniwala and I continue to give happiness and share my blessings to others,” he told his great friend.

It could be recalled that Lloyd Cafe Cadena passed away last Friday, September 4. It was revealed last Sunday, September 6 that he was confined in the hospital last September 1 due to high fever and dry cough.

On the same day, he was tested for COVID-19, the result coming out positive two days later. By September 4, the doctor said Lloyd looked “unresponsive and pale looking” and hospital staff told the family that he suffered a heart attack while sleeping.

His remains were cremated last September 5 and has been staying in the Cadena home in Cavite. 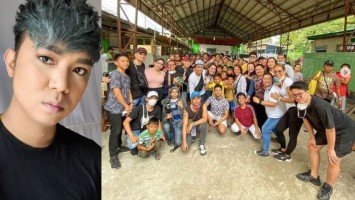 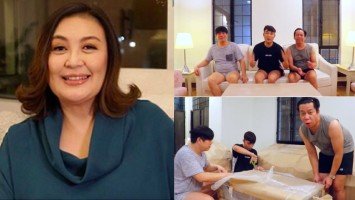