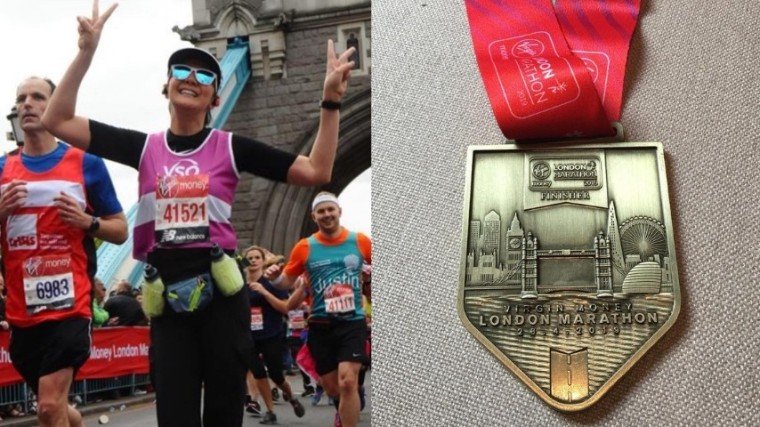 Charlene Gonzales recently finished strong the 42-kilometer London Marathon in four hours and 42 minutes with a purpose in mind.

The actress took to Instagram her accomplishment, “Thank you London Marathon 2019 for the wonderful memories. You will always be in my heart.. Such a beautiful & lovely place. Weather was perfect & I achieved my personal best of 4:42 with God’s grace.”

The former beauty titlist revealed that she ran to “fight poverty all over the world” with an organization called British-based international charity Voluntary Service Overseas (VSO).

She wrote, “I ran for a British based international charity, so therefore the nationality was marked as GBR [British citizen] since their home base of the charity is in London”

She added, “Although, all proceeds of the charity goes to help our brothers and sisters worldwide & the Philippines has an affiliate of the Voluntary Service Overseas Charity as well,”

With all the charities, runners and supporters involved, the London Marathon was able to “raise a record-breaking amount of one billion pounds”

Charlene admitted that she’s elated to be part of this huge milestone, “Truly happy to be given the opportunity to run the London Marathon because it is one of the hardest marathons to enter.”

“It was extremely meaningful to run for a worthy cause that would help our brothers and sisters worldwide. Happy to be part of this unforgettable event” she said.

The said race marked her fourth marathon to date. Crossing out Chicago, Tokyo, Berlin and London on her list, the actress is down to two more marathons (New York and Boston) to complete the six-city World Major Marathon.

All thanks to her supportive husband Aga Muhlach and family, she was able to do her “twilight runs with super friends (while everyone is still asleep)” as a part of her preparation for the race.

The actor was also present at the marathon cheering and waiting for his wife to cross the finish line. 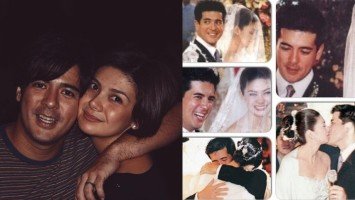 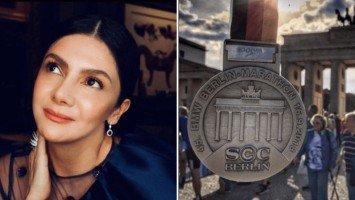