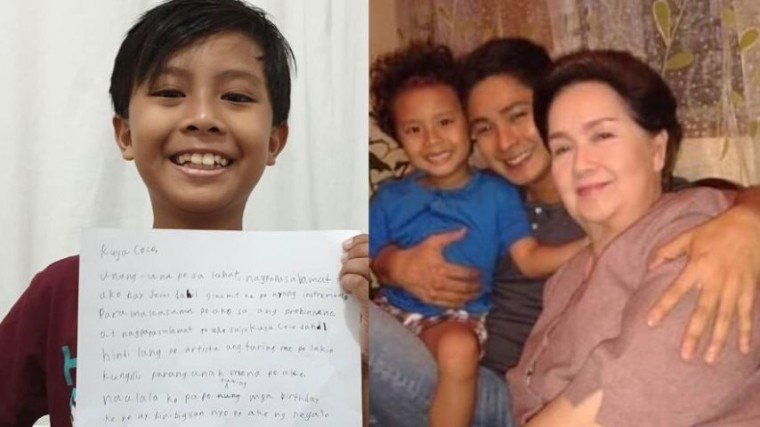 Onyok Pineda, the child star who rose to fame as one of the early sidekicks of Cardo in FPJ's Ang Probinsyano, voiced his full-pledged support towards his kuya Coco Martin amidst the latter facing hate for defending ABS-CBN! Know the full story below!

Onyok Xymon Pineda has voiced his full support for Coco Martin who he has shared tons of scenes within the initial years of FPJ's Ang Probinsyano.

It could be recalled that the actor-director has been showered with criticisms after defending ABS-CBN after its shutdown. Bashers have created memes of his video and a former ABS-CBN cameraman even "exposed" him of alleged unfair, unruly treatment onset.

Stars and production staff came to Coco's defense, including his leading lady on the show, Yassi Pressman.

The 9-year-old former child star took to Instagram last Thursday, May 21, to share a letter he wrote for Coco, thanking him for the opportunity to work alongside him and also pledging his full support for the Ang Probinsyano lead.

In the photo, Onyok was all smiles as he presented the letter, which he began by thanking Coco for letting him be a part of the aforementioned top-rating primetime series.

He also mentioned how Coco treats him like his own son and how he receives gifts from him when there is an occasion.

Onyok added that Coco always allows him to be in his tent when they are not taping.

In the end, he reiterated his gratitude towards the action star for everything he has done for his family and saying that a lot of people love him more than hate him.

Onyok appeared in the pilot episode of Ang Probinsyano at the age of 5. He last appeared on the show in May 2017 before exiting the show to focus on his studies. 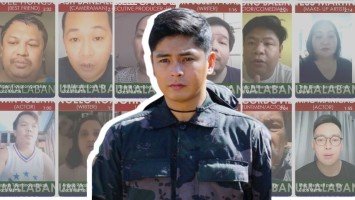 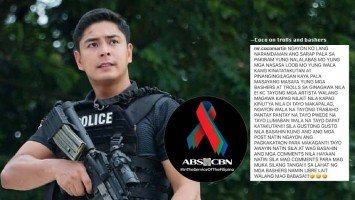