Claudia Barretto on her famous last name: “My only responsibility to that privilege is to deserve it. So, I’m gonna try my hardest.” 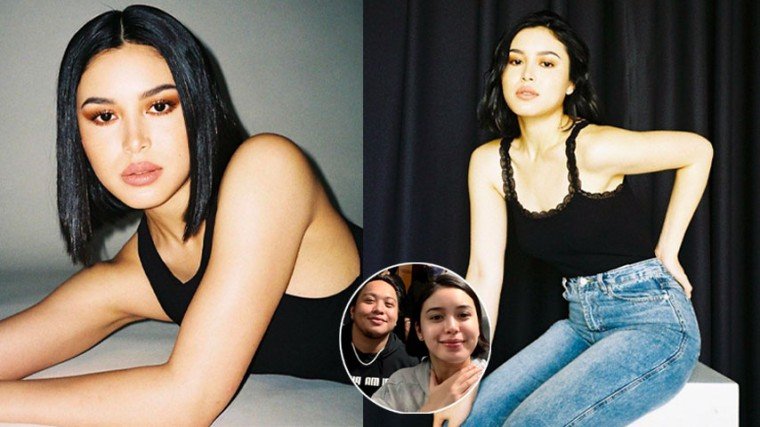 Bukod sa kanyang music, naka-pokus din si Claudia sa kanyang college studies. She’s soon to graduate sa kanyang Psychology course and it’s her dream to be able to merge both worlds, somehow. “I graduate this year, I graduate in May. So, hopefully I also I get to work with children. That’s one of my bigger dreams, to work with children and hopefully incorporate art—and specifically music—into, you know, with maintaining well-being. “So, that’s kind of what I wanna work around—music therapy, working with kids. That’s what I wanna do.”

(But in fairness to Claudia, she has real talent to offer naman. Nagkataon lang na Barretto siya.)

During a recent press conference hosted by Viva Records para sa kanya at ka-collab niyang si Because, na-bring up ang topic na iyon and she agreed with that observation.

“I’ve been asked the question of the problem within the industry,” panimula niya. “I’ve mention before, it’s definitely the lack of visibility. Not everyone really gets the rightful attention that they deserve.

“There’s so many talented artist—and admittedly so many talented artists that are so much more talented that I am. So, I do recognize that because I am second-generation [Barretto], I’ve had it easier than others. And I think, my responsibility to that privilege is to just deserve it na lang...the attention that I am getting, use it as best as I possibly can.

“To me naman, I love what I do. I love making music. It’s an honest job, career that I do really want to pursue and care about. And I hope that eventually, in the music scene, we’re gonna have space to be a part of, have space to have a voice, to have a privilege of having our music out there.

“But yeah, as for me, I feel my only responsibility to that privilege is to deserve it. So, I’m gonna try my hardest. I’m gonna work hard, educate myself, do better and then hopefully in the future, we’ll all have a platform that we all deserve.”

Alongside, may pinagkaka-bisihan din siyang podcast, where she talks about mental health issues.

“Since 2019, I’ve launched a mental health campaign, it’s online,” k’wento niya. “We have conversations on podcast. We’re still developing it even more. Hopefully I can do even just interviewing interesting personalities who have you know things [to say] that will add into my listener’s...in their lives.”

As mentioned earlier, the virtual media conference was put together so she and prolific rapper Because can talk about their collaboration track called, “Everything,” which, noong matapos nilang sulatin at lagyan ng melody, turned out to be an inspirational RnB piece.

She only has nice words for the Tondo-bred music gem.

“[He’s] super cool, he is swagger personified, I think,” ani Claudia. ‘It’s really nice working with him. I think from the moment I meet him, you know, very respectful, humble...he’s the number one rap artist right now but super humble, so talented and so easy to work with.

“His talent is just so natural, you know. When we were writing the song, it’s nice to be with someone so talented but humble because you don’t feel intimidated to explore also with your own ideas. So, working with him is so easy and I didn’t feel conscious, I’m not afraid to pitch my ideas. And he’s very collaborative and easy.”

“It’s been good working with Claudia, too...very, very chill,” describe ni Because sa ka-collab. “And I don’t think there’s any pressure around when we were working, it’s just an instant connection. So, I feel that’s what makes ‘Everything,’ ‘Everything.’

“We had an idea and we just made it happen. As Claudia said, it was like written in the stars.”

“Everything” is out now in all digital music stores.