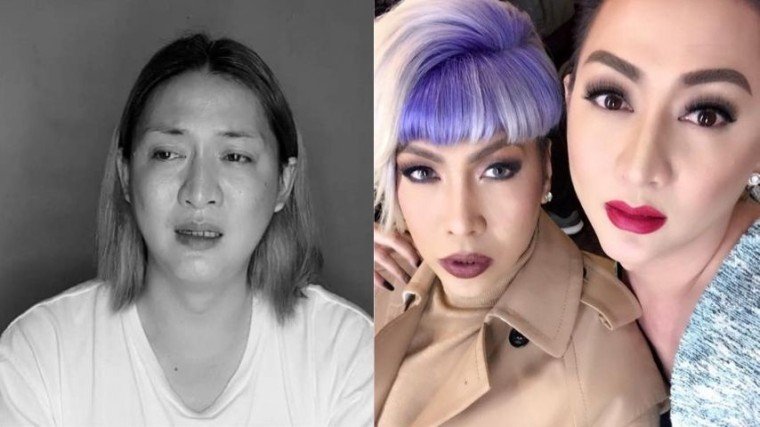 Iyah Mina reveals that she tested positive for COVID-19 before but is now negative and recovering. She is also got help from her friend, the Unkabogable Box Office Star Vice Ganda!

Iyah also veered away from posting on her social media accounts about her feelings about testing positive, opting to post her make-up selfies and late uploads to hide the news.

It all started when television roles and guestings were given to Iyah, forcing her to always go out of the house to do work.

With production protocol having celebrities take swab tests before taping, Iyah took her third swab test and was shocked the next day to find out that she is COVID-19 positive.

She immediately told her friends and, eventually, barangay officials found out and went to her house to ask how she was doing and offered free swab tests to her friends.

Upon learning about being positive, officials told her that she should transfer to a facility.

“Parang hindi ko kaya. Baka mas lalo akong ma-stress,” Iyah said. “So, tumawag ’yong doktor [at] in-explain ko na I can handle by myself. I can stay at home.”

Iyah self-isolated at home, all alone. Although, she was helped by her friends, collectively known as Team Compound, by buying her groceries, as she lost her job because of the disease.

Upon finding out all her friends tested negative, Iyah was thankful, but thoughts started running through her head.

Before her quarantine period was up, Iyah was offered to do an antigen swab test to check if she is still positive for COVID-19.

Her antibody swab test turned out negative, as well, and she recalled thanking the Lord for allowing her to be healthy again.

However, Iyah faced another problem when one barangay official spread her identity and result of being COVID-19 positive.

Iyah had already written a letter to the barangay so they could file an immediate action towards the official who breached confidentiality about Iyah’s results.

She, however, expressed regret that she did not tell her parents early on, out of concern that she might stress them out.

She concluded her vlog by saying she is finally recovered from COVID-19 and declared she wanted to go back to work to help her family.

And now that she is negative from COVID-19, Iyah vows to make videos with her friends, whom she misses so much.

By Friday, October 16, Iyah posted a touching and supportive message from her friend, comedian-host Vice Ganda, who was emotional while watching her video and offered her help just to see her be fine.

Iyah has been one of the primary figures of the comedy bar scene in the Philippines.

She is also best known for her lead role in the 2018 Cinema One Originals film festival entry Mamu, And A Mother Too where she portrayed an aging transgender sex worker who takes care of her transgender niece after her sister’s death.

On the awards night for the aforementioned film festival, Iyah made history by becoming the first transgender to bag a top actress award in an annual film festival, winning Best Actress for her role in the film.

We are glad to know you are recovering, Iyah! Stay safe. 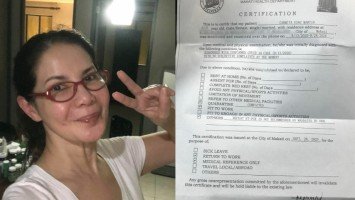 Carmi Martin reveals recovery from contracting COVID-19; describes her two-week quarantine as a "honeymoon with God" 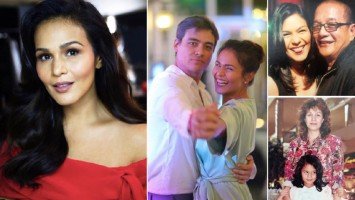