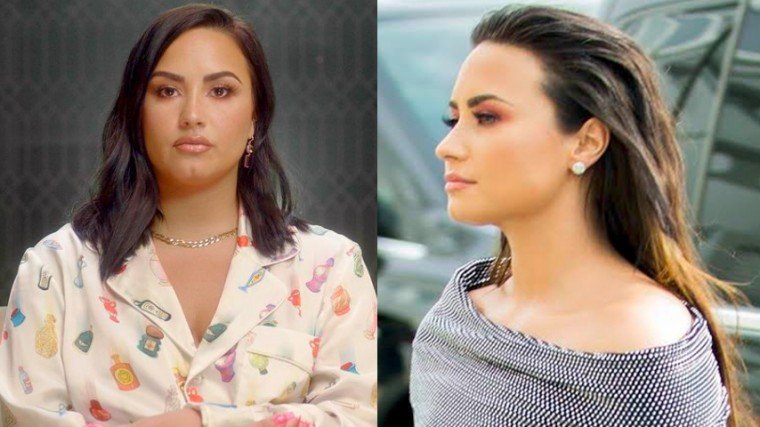 The said docu-film, which will premiere on March 23, is Demi’s deep-driven journey into her world where she experienced a near fatal overdose in 2018 that resulted in multiple strokes and a heart attack.

Singer Demi Lovato has finally revealed personal stories of her struggle with mental health and addiction in a new four-part YouTube documentary titled Demi Lovato: Dancing With the Devil.

The said docu-film, which will premiere on March 23, is Demi’s deep-driven journey into her world where she experienced a near fatal overdose in 2018 that resulted in multiple strokes and a heart attack.

This is the first time that the 28-year old singer unearthed the almost fatal heart attack incident.

"My doctors said that I had five to ten more minutes," Demi says in the documentary.

Three years after, the singer is still dealing the aftermath of what happened during her medical emergency.

"I was left with brain damage, and I still deal with the effects of that today.

“I don't drive a car because there are blind spots in my vision. I also, for a long time, had a really hard time reading.

“I feel like they kind of are still there to remind me of what could happen if I ever get into a dark place again.

“I'm grateful for those reminders, but also I'm so grateful that I was someone who didn't have to do a lot of rehabbing.

“The rehabbing came on the emotional side and the therapeutic side, internally. I did a lot of work after that, just not physically.”

Earlier this year, Lovato performed the National Anthem before Super Bowl 54 between the San Francisco 49ers and the Kansas City Chiefs.

The documentary is “an intimate portrait of addiction” and “the process of healing and empowerment” according to YouTube.

The series is directed by Michael D. Ratner, who was a director on and exec produced Quibi’s recent &Music series, and produced by Ratner’s OBB Pictures, which also produced YouTube’s recent Justin Bieber: Seasons series.

“It’s been two years since I came face-to-face with the darkest point in my life, and now I’m ready to share my story with the world.

“For the first time, you’ll be able to see my chronicle of struggle and ongoing healing from my point of view.

“I’m grateful that I was able to take this journey to face my past head-on and finally share it with the world,” says the “This Is Me” singer.

Susanne Daniels, Global Head of Original Content, YouTube says: “We are excited to continue sharing Demi’s brave story. YouTube Originals is committed to telling real stories about the complexities of life and for Demi to use our global platform to open up about this chapter is something we are very proud of.”

It was July 24, 2018 when Lovato was found unconscious due to a drug overdose in her Hollywood Hills home. She was immediately taken to a hospital in Los Angeles.

From a reliable source, Lovato overdosed on heroin.

The singer has been open about struggling with cocaine and Oxycontin abuse in the past, and was reportedly treated at the scene with Narcan, which is an emergency medication used to reverse an opioid overdose.

Her “friends” reportedly administered the medication themselves to revive her.

Lovato underwent treatment in 2011 but relapsed after leaving the treatment facility. Lovato then entered a sober-living facility for a year.

YOU MAY ALSO LIKE:
Supermodel Paulina Porizkova stands up against ageism; defends its latest victim, actress-friend Elizabeth Hurley