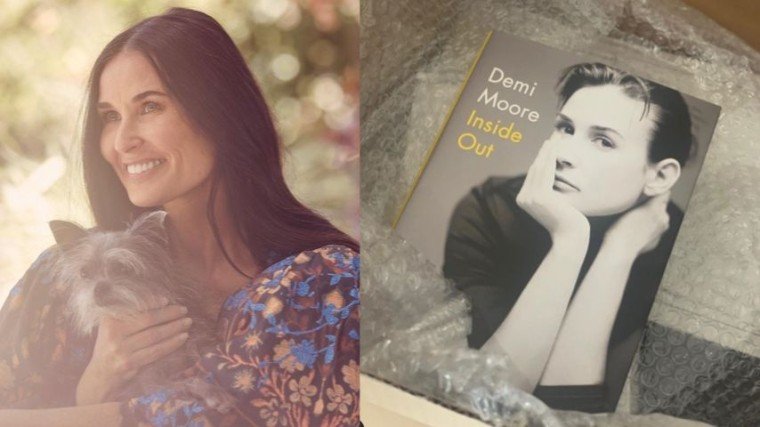 "At age 12, I remember using my fingers, the small fingers of a child, to dig the pills my mother had tried to swallow out of her mouth," kuwento ni Demi sa Good Morning America.

“It was rape. And a devastating betrayal, revealed by the man’s cruel question: 'How does it feel to be whored by your mother for $500?'

"I think, in my deep heart no. I don’t think it was a straightforward transaction. But she still did give him the access, and put me in harm’s way.”

“He admitted it right away and I think my response was, ‘Are you f**king kidding me?’ That was it. And I think I could barely take a breath," sey ni Demi.

"I wanted to show him how great and fun I could be. Because we had brought a third party into our relationship, Ashton said, that blurred the lines and, to some extent, justified what he'd done."

“I lost me. I think the thing if I were to look back, I would say I blinded myself and I lost myself. You could see a combination of his dread. And it shifting then immediately into matter-of-fact, practical information — because it was unquestionable, because there was no heartbeat. I really lost sight of everything that was in front of me, which is the family I had."

In the book, Demi also admitted that she cheated on her first husband, Freddy, one night before their wedding.

“The night before we got married, instead of working on my vows, I was calling a guy I’d met on a movie set. I snuck out of my own bachelorette party and went to his apartment. Why did I do that? Why didn’t I go and see the man I was committing to spend the rest of my life with to express my doubts? Because I couldn’t face the fact that I was getting married to distract myself from grieving the death of my father. Because I felt there was no room to question what I’d already put in motion. I couldn’t get out of the marriage, but I could sabotage it.”

Demi became the highest-paid Hollywood actress in 1996 ($12.5 million) to star in Striptease.