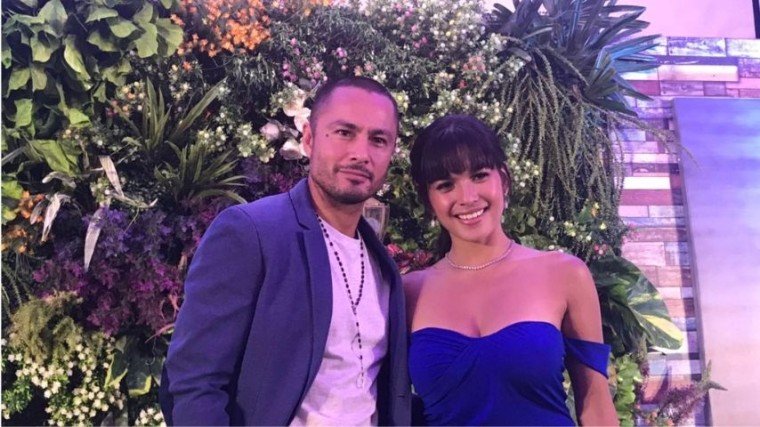 After signing his contract under GMA-7 last April 3, sexy-romantic leading man Derek Ramsey is finally ending his 5-year absence from the teleserye scene. And for his first TV project with GMA-7, he is paired up with the equally sexy dramatic actress, Andrea Torres.

The new TV team up is set to star in GMA-7’s new original drama, The Better Woman, one of the network’s most compelling and passionate teleseryes to date.

During the show’s press conference, held last Thursday, June 27 at Prime Hotel in Quezon City, Derek was candidly asked if Andrea falls under his “type” of women to date.

And Derek just as candidly revealed that, indeed, Andrea is someone he can definitely go out on romantic dates with.

“Type in what sense?,” he asks back. “Physically? Yes, she’s very pretty, she’s somebody that I could date. I don’t like to live ‘what ifs’ but if she’s single and I’m single later on down the road… yeah.”

And beyond the physical aspect, he stresses that he also sees Andrea as someone he can fall for.

“I don’t live my life with ‘what ifs’. She’s all the characteristics of somebody that I’d fall for especially the fact that she’s really into family that’s something I admire about her.”

For now, however, the 42-year-old actor wanted to prioritize their on-going project together and not be pressured with romance issues.

“But we will see, I don’t know. I don’t want to make her feel uncomfortable especially now with our project,” says Derek. “But is she somebody that I’m attracted to in the sense that not just physically? Yeah, she’s a wonderful woman.”

It’s no surprise that the actor chooses to focus more on his work considering he’s also re-starting his showbiz career somehow and he’s still recovering from his recent break up with his partner of six years, Joanne Villablanca.

And speaking of the breakup, Derek, is deeply apologetic towards Andrea as her name is being dragged as the possible cause of the actor’s recent failed relationship—the third party.

Thus, once and for all, he again clarified there was no third party.

“No, definitely no third party and it’s not a misunderstanding. It’s just something growing and nag-patong-patong,” explains Derek. “It was just the same thing that could never be resolved. Misunderstanding in the sense that she sees that in her way and I see it in my way. So it’s probably why it never got resolved. It’s hard to go to the next level.”

“Yeah, I did talk to her,” says Derek of Andrea. “I even apologized. She’s like, ‘You don’t need to apologize, it’s not your fault.’ She’s a wonderful girl, a wonderful leading lady. It’s just unfortunate that these all things happened na kaka-start lang ng showbiz career ko. Like I said it’s really tough for me kasi uuwi ako sa bahay ngayon and it’s empty especially now that my son [Austin] is on a holiday in Dubai. Nagsabay pa. But I have to deal with this.”

The Better Woman will finally air on Monday, July 1.