Derek Ramsay on his failed relationships: “Maybe there’s something wrong with me.” 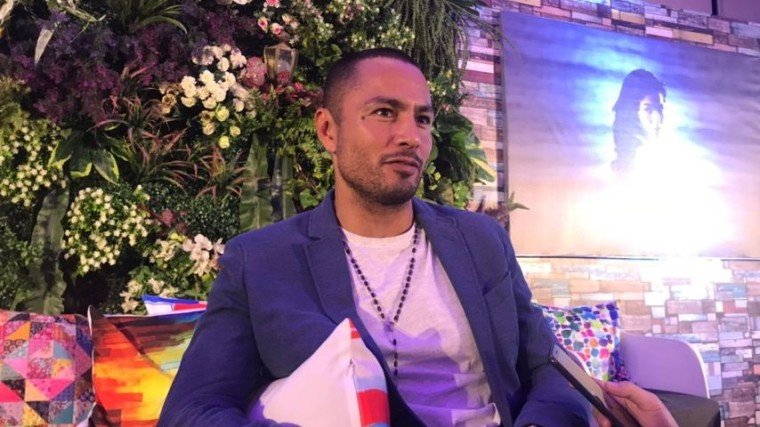 Derek Ramsay opened up about his exes during the press conference of his new GMA-7 teleserye, The Better Woman, last week.

His love life—or lack of it—came into focus because of his much publicized breakup with his girlfriend of six years, Joanne Villablanca.

Summing up all his failed relationships, Derek Ramsay admits that he started doing introspections and questioned why they all didn’t work out.

“You know after this whole breakup thing, I took time to reflect.” Derek shares. “I called some of my exes because she (Joanne) has an opinion of who I am, I respect Jo’s opinion of me, but I wanted to reflect and see… maybe there’s something wrong with me. Because it’s six years. You know? Angel’s six years, Solenn was five years, nakakapagod ‘to.”

Angel is Angelica Panganiban, who is also still single like him; Solenn is Solenn Heussaff, who’s married now to Argentine model and businessman Nico Bolzico.

In order to find answers, he reached out to some of his ex-girlfriends and among those he got in touch with included actress Solenn Heussaff, former beauty queen Colette Centeno, and even Cristine Reyes.

The actor says Solenn even gave him an advice. Quoting Solenn, he says: “She’s like, ‘No Derek, that’s not.’ I won’t go into the details of what was said but she was like ‘No that’s not how you are. You’re the kind of guy that if you want something you go get it.’”

Derek goes on: “I spoke to my friends…I even spoke to Cristine (Reyes) briefly, si Cristine naman is more of a friend than really an ex. I know we had a brief relationship, but we’re really friends.”

When asked if he, at some point, questioned if “may diperensya sa kanya” since it didn’t work with Joanne, he said, “Yeah, this time I really did. I thought kasi I’m building this house with a mindset na it’s for us. And I’ll be moving into this house in December, well with my son. Thankfully, I have my son. So, I’m dealing with this. I really am.”

A lot of people also think that Derek was not hurting just because he remains silent about their breakup. But he admitted that he’s really going through a lot the same way Joanne does.

“People have different ways of dealing with breakups and just because… I am very quiet, it doesn’t mean I’m not hurting. I’ve been very open with all of you, with the public. I mean when I signed with GMA she was here. It’s really difficult for me to stay quiet but I will.”

Despite revealing that there will no longer be a possible reconciliation for the two of them, Derek mentions how Joanne made him the happiest in the six whole years they were together.

“This is something that I would cherish. Six years of my life, six years of her life. Six years together. You can’t just turn your back on that. And she will have a special place together with Sophie in my heart, and I’ll always look back and smile about it. But for now, she’s angry and I’m hurt. She has a different way of dealing with it. I deal with it with the way I am and we’re all designed to love. I’m sure I’ll love again. I’m sure she’ll love again. I’m sure she’ll find the right guy for her.”

Sophie is Joanne’s 11-year-old daughter to her previous partner.