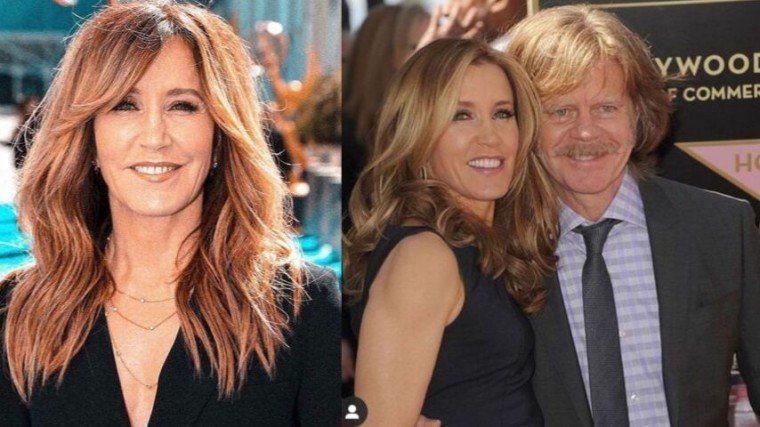 The Emmy and Golden Globe award-winning actress ang kauna-unahang nasentensyahan among 40 other parents, including Full House actress Lori Laughlin, for the alleged $25 million racketeering scheme to help wealthy people get their children into elite universities.

The Emmy and Golden Globe award-winning actress ang kauna-unahang nasentensyahan among 40 other parents, including Full House actress Lori Laughlin, for the alleged $25 million  racketeering scheme to help wealthy people get their children into elite universities.

Ayon kay Judge Talwani na nagpataw ng sentensya kay Huffman: "I don't think anyone wants to be going to prison. I do think this is the right sentence here. You move forward and you can rebuild your life after this. You pay your dues."

Bago masentensyahan, nag-apologize si Huffman sa judge: "I take full responsibility for my actions and as a first step for making amends for my crime, I will accept whatever punishment you deem appropriate."

"I accept the court's decision today without reservation. I have always been prepared to accept whatever punishment Judge Talwani imposed. I broke the law. I have admitted that and I pleaded guilty to this crime. There are no excuses or justifications for my actions. Period.

"I would like to apologize again to my daughter, my husband, my family and the educational community for my actions. And I especially want to apologize to the students who work hard every day to get into college, and to their parents who make tremendous sacrifices supporting their children. I have learned a lot over the last six months about my flaws as a person. My goal now is to serve the sentence that the court has given me. I look forward to doing my community service hours and making a positive impact on my community. I also plan to continue making contributions wherever I can well after those service hours are completed.

"I can promise you that in the months and years to come that I will try and live a more honest life, serve as a better role model for my daughters and family and continue to contribute my time and energies wherever I am needed. My hope now is that my family, my friends and my community will forgive me for my actions."

Ang mastermind nito na si William "Rick" Singer of the Edge College & Career Network, pleaded guilty in March to racketeering charges. He allegedly arranged for Sofia Macy, Huffman and Macy's eldest daughter, to take the SAT test at a test center "where a proctor was paid to administer the exam and secretly correct wrong answers."

A month later, the couple allegedly made a $15,000 "purported charitable contribution" to Singer's charity, which the FBI claims was used to launder money.

"I am pleading guilty to the charge brought against me by the United States Attorney's Office. I am in full acceptance of my guilt, and with deep regret and shame over what I have done, I accept full responsibility for my actions and will accept the consequences that stem from those actions," she said in a statement at the time. "I am ashamed of the pain I have caused my daughter, my family, my friends, my colleagues and the educational community.

"One of the hardest things was after my arrest, my daughter said, 'I don't know who you are anymore.' I am so sorry Sophia. I was frightened, I was stupid and I was so wrong. I am deeply ashamed of what I have done. I have inflicted more damage than i could have imagined. I realize not that love and truth must go hand and hand.

"My daughter knew absolutely nothing about my actions, and in my misguided and profoundly wrong way, I have betrayed her. This transgression toward her and the public I will carry for the rest of my life. My desire to help my daughter is no excuse to break the law or engage in dishonesty.

"Sophia was passionate about majoring in theatre, but over time, Mr. Singer told me that her test scores were too low and, if her math SAT scores didn't rise dramatically, none of the colleges she was interested in would even consider her auditions. I honestly didn't and don't care about my daughter going to a prestigious college. I just wanted to give her a shot at being considered for a program where her acting talent would be the deciding factor. This sounds hollow now, but, in my mind, I knew that her success or failure in theatre or film wouldn't depend on her math skills.

"I didn't want my daughter to be prevented from getting shot at auditioning and doing what she loves because she can't do math. After nearly a year of working with Mr. Singer and his tutors, he told me it wasn't enough. Sophia's math scores were not measuring up. We still had a serious problem and, according to him, he had the solution. He told me, 'We will make sure she gets the scores she needs,' by having a proctor bump up her scores after she takes the test. Sophia would never know and she could, 'Concentrate on what really matters: here grades and her auditions.' He said he did it for many of his students.

"I finally agreed to cheating on Sophia's SAT scores and also considered doing the same thing for Georgia. But the decision haunted me terribly; I knew it was not right. I finally came to my senses and told Mr. Singer to stop the process for Georgia.

"In my desperation to be a good mother I talked myself into believing that all I was doing was giving my daughter a fair shot. I see the irony in that statement now because what I have done is the opposite of fair. I have broken the law, deceived the educational community, betrayed my daughter, and failed my family."

"I worked with Felicity for nearly a decade.