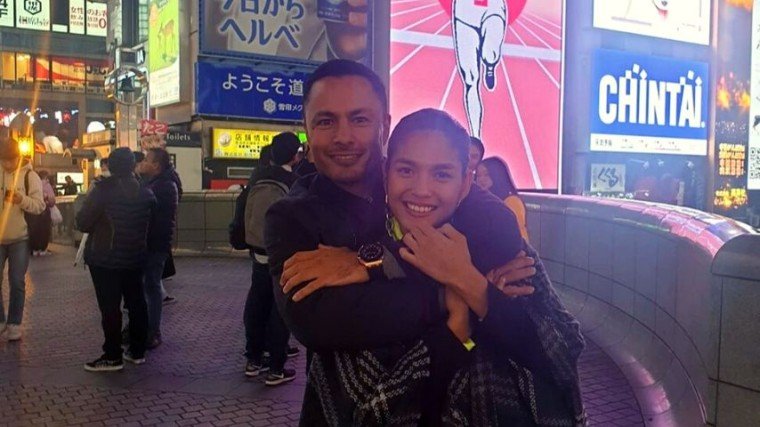 Andrea and Derek are taking their much-needed showbiz break in Japan. And just like in their past trips, the two constantly share lovely couple photos on their respective Instagram accounts.

But in one of Derek’s posts, he appeared giving Andrea a back hug with evident big smiles on their faces as they pose for the camera.

Fans have seen them in more romantic poses than that. But what made the fans feel super kilig in this particular Derek post is not the photo but the caption.

In the comment section, fans begin speculating whether Derek and Andrea already decided to bring their relationship to the next level.

One particular fan noted that “yata” means “I do”  or “we did it” in Japanese. This comment made even followers excited. 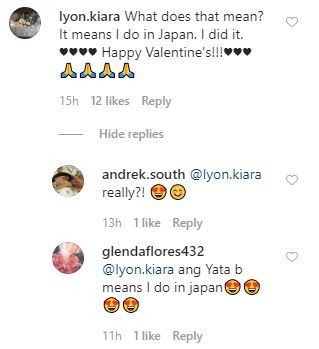 Our simple consultation with Google, yielded the result that indeed, “yata,” which is spelled “Yatta” in Japanese, “is the past tense of the word yaru, to do. So when you hear someone shout Yatta! its primary meaning is ‘We did it!’ or “I’did it!.’”

Moreover, fans are quick to note that a ‘proposal’ is likely to happen because based on Andrea’s own IG feed, they are also enjoying Japan in the presence of their respective parents!

The Kapuso couple has yet to confirm the speculations.

Derek and Andrea became close because of their GMA teleserye The Better Woman. The two eventually became an official couple and confirmed the good news to the public last August 2019. 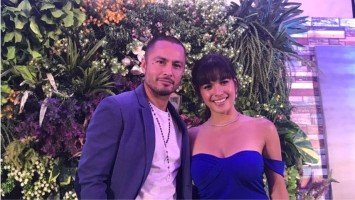 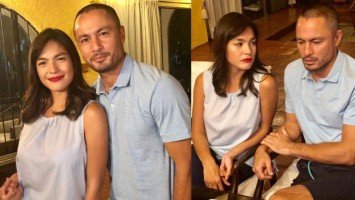