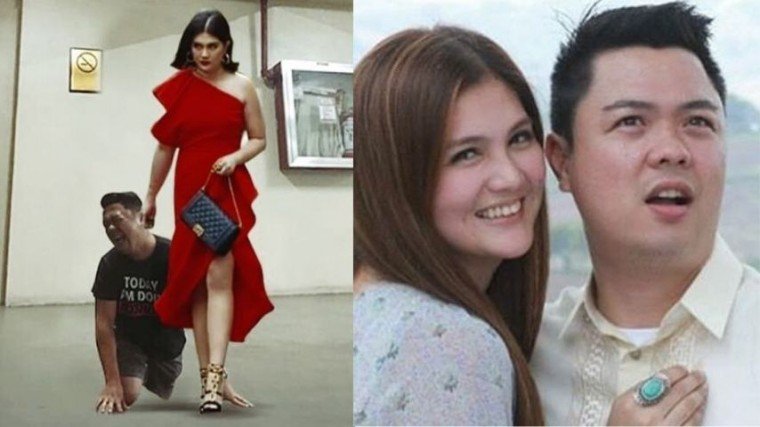 Daniela Mondragon is an online sensation once again!

It could be recalled that her wig and some sharp-witted comebacks from the hit ABS-CBN afternoon drama series Kadenang Ginto have been subject to hilarious memes among social media platforms last April 2019.

This time, it was her strutting down an urban poor neighborhood in a bloody red gown, purse and luggage in hand, that has become meme viral! It was all after the popular show released the teaser of its third season.

Dimples Romana herself, then reacted through her Instagram, praising the creativity of netizens and reposting the memes with the hashtag #OhDani, after Dani, the renowned antagonist's nickname.

Dimples' husband Boyet Ahmee was quick to join the bandwagon and superimposed himself being dragged by Daniela by the ear, which Dimples reposted on her Instagram account.

"When your husband joins in on the #OhDani meme fun

Kadenang Ginto enters its third season this month, and we cannot wait for more phenomenal scenes that will have us gagging! Are more memes in the making for the hit show? We sure can't wait!

Dimples Romana's son Alonzo will give you good vibes