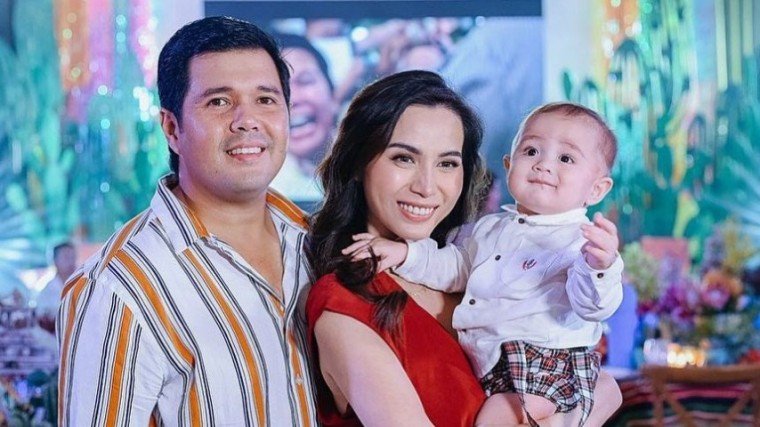 Baz was born on the fifth of May or the “Cinco de Mayo” (a holiday observed in some parts of Mexico and US to celebrate Mexican Army’s victory over the French Empire during the Battle of Puebla), hence, the grand Mexican-themed party.

After throwing a fun-filled successful party with a huge number of participants, the hands-on mother shared a few steps in preparing her first-ever children’s party.

STEP 1: Get a photo or video team.

“You’ll be so busy that day and you wouldn’t want to be bothered to take photos yourself while entertaining guests. Professionals also give justice to the raw emotions and feel of the event! Always good to have something to look back on and nice photos and videos are a must!”

“We picked “Cinco de Mayo” for the obvious reason coz that’s his bday! Get a stylist who understands your taste…”

She added, “get professionals to do the work and for sure no fail! Sobrang no fail nga nagliligpit na ayaw pa umalis ng kids. Some kids even told me next time to make it on a Saturday. Haha!

We had dancers, we had Asia’s got talent performers and of course lots of games. We had 8 piñatas with 20 kilos of goodies that descended to the crowd!”

STEP 3: Provide prizes that can catch the attention of kids.

“MUST BE THE SMARTEST THING EVER!” she says when she partnered up with a toy store for the party game prizes.

Children were given a coupon to get their prize of their choice at the “toy library or prize library”. She said, “This is so smart because the kids felt like they’re in a toy store. The usually shy kids, were present in all games! We had 100pct attendance in games from all the kids! They were even strategizing which toy to pick next!”

“You invited people to have fun and be entertained so always make sure their comfort is number 1. We knew that running around after kids can be tiring while waiting for the program to start.”

A play area was installed at the venue where you can find variety of toys and inflatables.

“So we set up a safe play area in a function hall while people are waiting for the program to start. That way parents won’t get stressed by running after their children, kids are able to mingle with each other before the games (teamwork is important haha!) and the parents don’t have to worry about hitting corners, breaking floral arrangements etc. The play area is safe and secured!”

Celebrities like Ruffa Gutierrez, Iza Calzado, Karylle Yuzon flocked the event and Asia’s Got Talent participants were invited to perform and entertain the guests.

Divine and Blake are expecting a baby girl as an addition to their growing family. They recently announced the good news on Instagram. 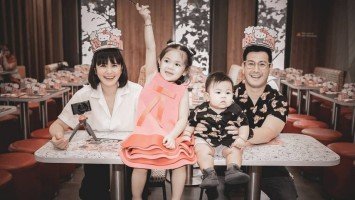 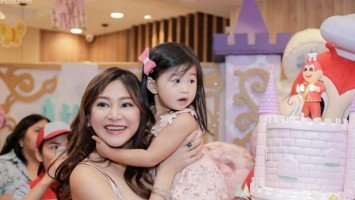