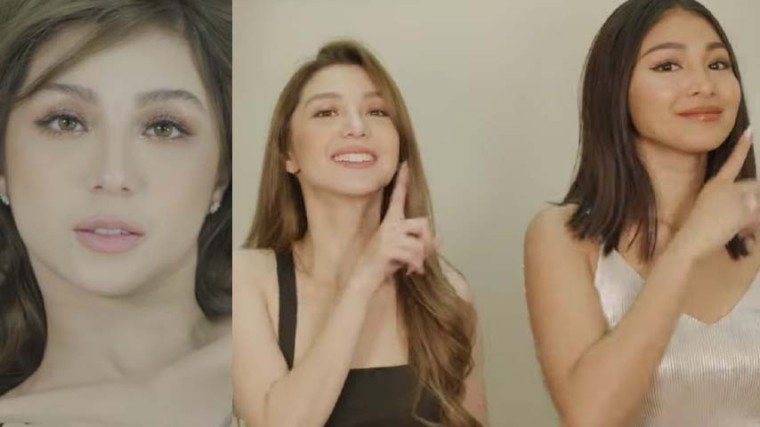 At press time, the video has been viewed more than 258K and is already No.13 among the trending videos on YouTubePH.

Donnalyn, who directed—and even edited—the music video, was also the one who penned the witty lyrics of “Di Lahat,” which is her subtle ode to pretty women like her and her attempt to break stereotyping such women as heart breakers.

Parts of her lyrics go:

To prove her point, Donnalyn gathered 18 of her “magaganda” celebrity lady friends to guest in her music video.

They include Kevin Balot (Miss International Queen 2012 and one of country’s  most visible transgender women); Lauren Reid (James Reid’s multi-hypenate sister who models, acts, vlogs, and hosts for events and TV); Kat Gumabao (Marco Gumabao’s sister who is a plus-sized celebrity model and a proponent of body positivity influencing); Aeriel Garcia (a commercial model, gamer, and online streamer).

Donnalyn also called on the following ladies, who, despite their beauty still managed to get their heart broken by philandering men. They are Marian Santiago (whose soc-med rants about her husband and his kabit, went viral); Jelai Andres (who went public about her Ex-Battalion husband Jon Gutierrez’s philandering ways, landed on the headlines); Shara Chaves (known as the beleaguered ex-girlfriend of singer Jovit Baldivino); and Zeinab Harake (the ex-girlfriend of rapper Skusta Clee of Ex Battalion).

You may view the star-studded music video by clicking the link below.