Eric Ejercito, the most creative Ejercito 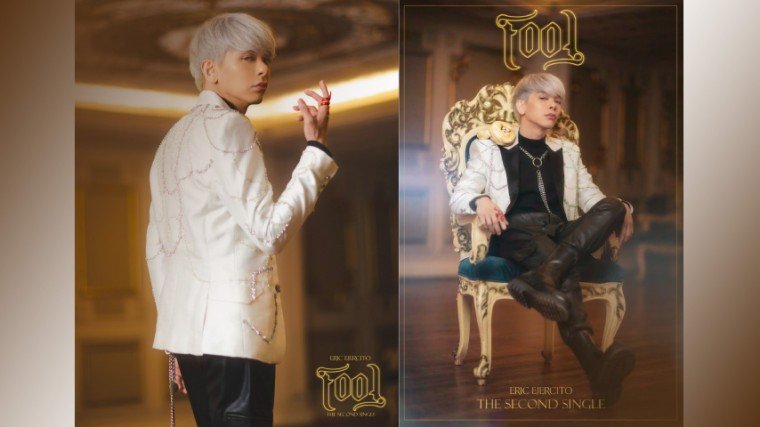 Eric Ejercito is a a definite multi-hyphenate—he’s singer, composer, dancer, businessman, actor, director, and painter. But among his many talents, he is focusing on his music at this point. “I’m after the branding because though those are things that I grew up with, my hobbies here and there, but I really want to be known for music and acting. “Kaya now I’m just focusing on my music career. But definitely nakatulong ’yong ibang avenues of art like for example. I can’t help but nitpick aesthetically how this shot should feel in the music video... so, nakatulong siya overall. It’s literally a collation of everything.”

Eric Ejercito is the eldest among the six children of actor and former Laguna Governor ER Ejercito a.k.a. Jorge Estregan.

And from the looks of it, mukang siya among the members of the famed Ejercito showbiz (and political) clan ang pinaka-creative—he sings, composes songs, dances, directs his own music videos and short films, acts...and he even paints!

Admittedly, he was bitten by the K-Pop bug earlier on at naka-influence ’yon sa kanyang overall aesthetics lalo na sa fashion. And in fairness, he could pass as a K-Pop idol, except that he’s Pinoy.

Eric was already launched in mid-2018 when he came out with his impressive debut single, “Fearless,” na may equally impressive music video.

And just like the rest of us, he was badly hit by it.

“So, you know, you can’t help but feel anxiety and depression. It really took a toll on my mental health, you know. I literally live alone and there’s so much challenges so I couldn’t focus on producing.

“I had to fix me first, you know. ‘Okey, how am I going to earn now that it’s affected my business. So, you know, I’m just a normal guy trying to make it. So I just started building first myself.”

Bukod nga sa creative outputs, the pandemic has also affected the businessman side of him.

“I do custom art toys/figures—that’s my side business, too. I’ve dove into so much businesses also like I owned a fitness gym or boxing gym, I venture out also into food… I have my like Filipino recipes inspired by… yeah, you have to when you’re independent… hahaha!”

But things are shaping up for him now, both off-cam and on-cam.

“Now that nagluwag-luwag na ’yong pandemic that’s when I got to really, you know… things are picking up and like ‘Okay,  I think I’m ready now to produce.’ I got inspired again.

“Hopefully, I wish that things will be better, to be back to the old normal and the new normal will definitely be an adjustment for everyone.”

In fact, his Ecstatic Customs business, an art toy venture, is doing great.

“I do toys of people... for example, someone wants his own figure, so I make him into like the Funko custom figure... like with box and everything. So yeah, that’s on the side. It’s a side business. It’s fun also an it’s started to grow like I’ve taught people, they’re under me now... like they help me with the whole process and how it goes about.”

As for his personal visual art, he has yet to find time to set up a gallery.

“I haven’t had the time to organize a gallery yet but I do have so many paintings already, ’yong iba nga, e, parang napamigay ko na over the years.

“I just wanna concentrate on music first,” pag-amin niya. “I’m after the branding because though those are things that I grew up with, my hobbies here and there, but I really want to be known for music and acting.

“Kaya now I’m just focusing on my music career. But definitely nakatulong ’yong ibang avenues of art like for example, I can’t help but nitpick aesthetically how this shot should feel in the music video... so, nakatulong siya overall. It’s literally a collation of everything.” 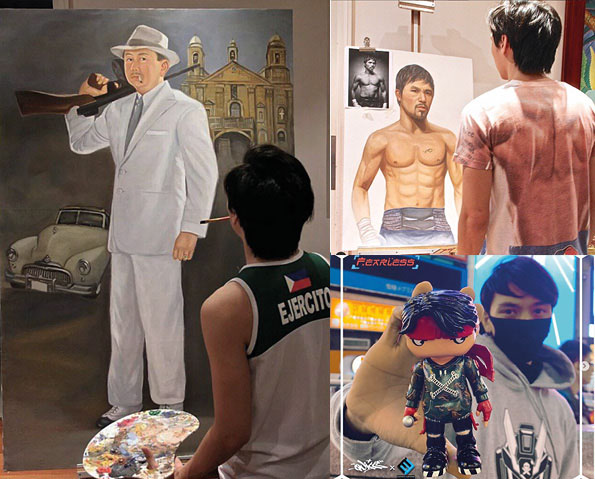 “There was a time in my life I didn’t realize my self worth but it helps you grow and make you a better person.”

“It’s a very relatable song,” he goes on. “Because I believe that everyone has a been fool for love once in their lives.”

Na-Young Kim at may mga guest dancers daw siya who are well known in the hip-hop dance community.

In line with that, baka raw magkaroon ng red-carpet premiere ang music video launch and with the help of Viva Records, they are launching a TikTok dance challenge promo scheme.

And I the creative field, he says simply wants to create a name for himself and be known as “versatile over-all artist.”