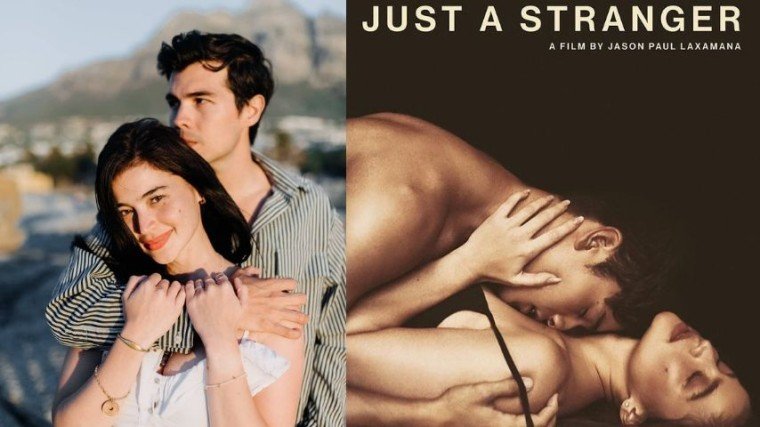 Erwan proceeds to lecture them on art appreciation and marriage equality; even calls out some as sexists.

Businessman and food and travel vlogger Erwan Heussaff could not help but answer back bashers who brazenly told his wife Anne Curtis to refuse doing daring roles as she is already married.

Anne’s newest sexy-drama film, Just A Stranger, is about two individuals who fell for each other despite being in relationships. And Marco Gumabao is Anne’s love interest in the movie.

Since the movie was released yesterday, it already received massive positive feedback from the viewers. Still, some found themselves feeling awkward and uncomfortable watching Anne doing intimate scenes on the big screen, citing the fact that she’s a married woman in real life.

In one of film’s promotional posts on Instagram, bashers flocked the comment section telling the “Dyosa” to behave and act as a married woman in all circumstances and  that she should start refusing sexy roles in the future.

Erwan, whose very vocal about his support on his wife’s new film, did not take this sitting down. He took time to defend Anne on the comments thread.

In his lengthy comment, Erwan pointed out that he’s totally fine with Anne doing intimate scenes with someone else because it’s her work and explained, once again, that he’s given her his all-out support in accepting the said role.

“Hilarious comments. Last I checked, I'm the husband and I know how I feel (which is completely fine by the way, thanks for asking).” Erwan wrote. “So no need to throw around words like disrespect or dictate what a person should or shouldn't do after getting married.”

He went on: “I've known my wife as an actress, since day 1 and I have the utmost admiration for what she does. End of story. I don't feel awkward or uncomfortable when watching these movies (you guys commenting make it awkward), I actually actively gave Anne inputs when I read the script on how I think the story could be developed or portrayed.”

At the end of his comment, he even encouraged everyone to stop limiting a person’s capability simply because he or she got married. He also called out those who left sexist remarks in the comment section.

“So, let's stop talking about marriage like it needs to change people. Most successful marriages I know are those where both parties kept their identity intact and grew as a couple. Also, let's not be sexist people, if this was a married guy actor doing love scenes, no one would have any issue with it.” 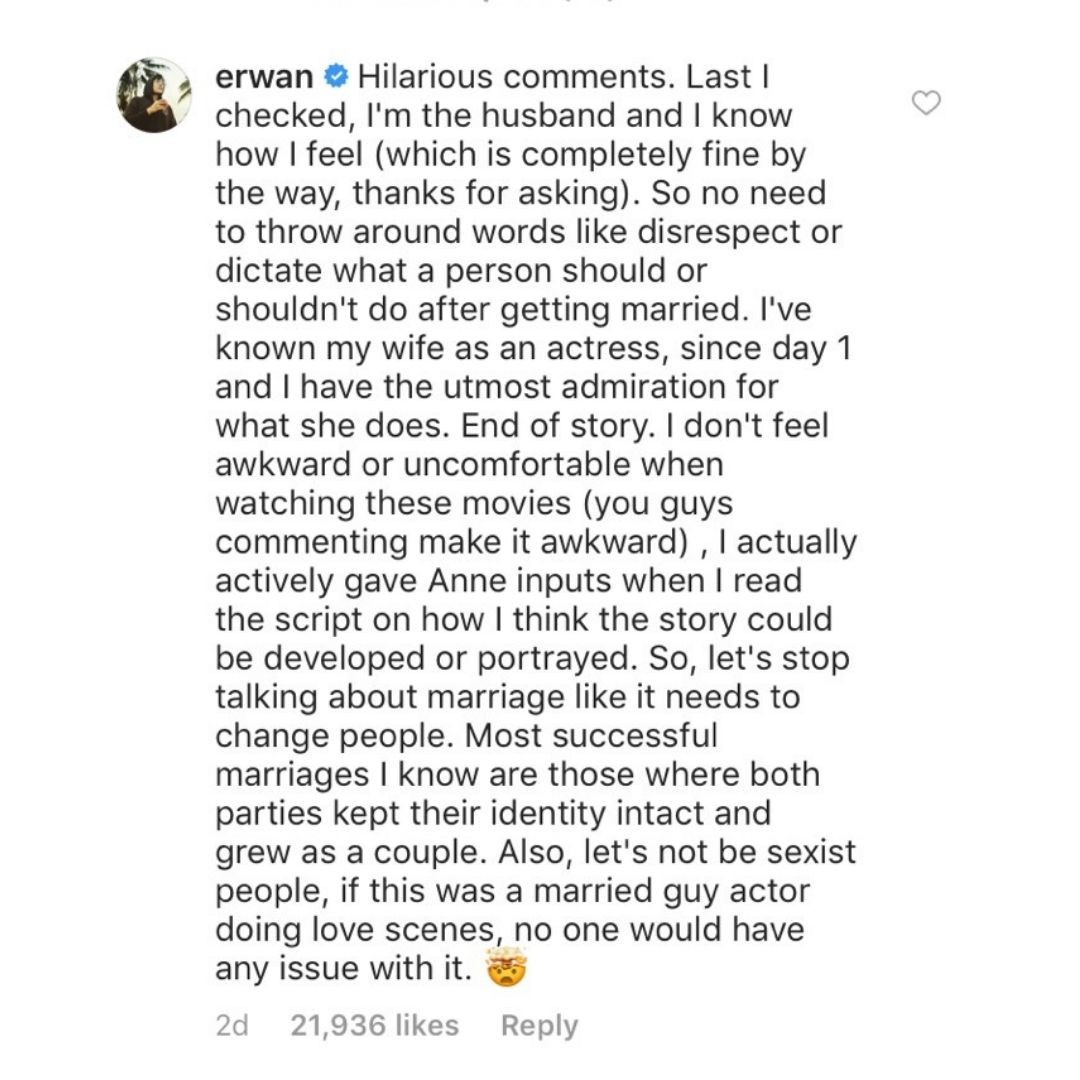