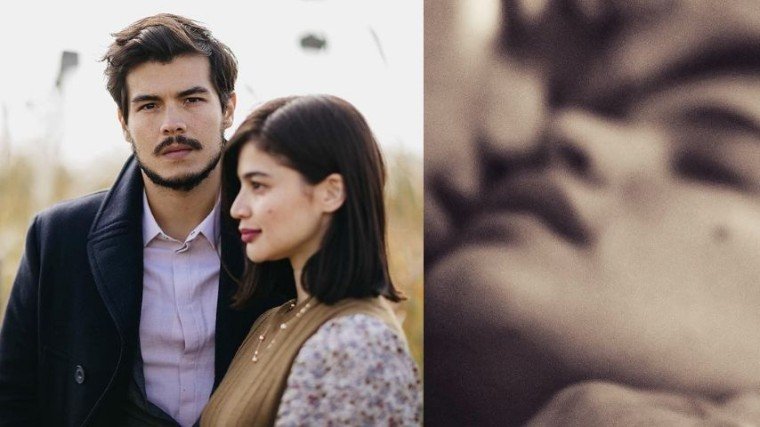 Erwan Huessaff reacted on his wife Anne Curtis and Marco Gumabao's kissing photo for their upcoming movie Just a Stranger.

Anne and Marco are currently promoting their upcoming movie Just a Stranger. And to give a little tease for their fans, the two appeared sharing a passionate kiss in a photo they both posted on their respective Instagram accounts yesterday.

Erwan as a supportive husband himself commented on his wife’s post, writing, “Who is that stranger?” 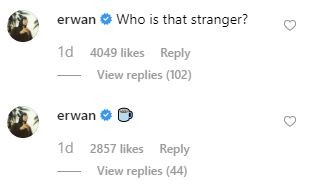 Since then, fans went wild as they found Erwan’s initial reaction amusing. His comment even reached 4000 likes and counting as of the moment.

Fans were tagging Marco and joking that Anne’s husband will surely go after him.

Things get even better when Marco also commented and talked to the fans, saying, “Omg please don’t kill me people.”

With all the ‘commotion’ that is happening on the comment section, Erwan just gave an advice to Marco. And his piece of advice was: “you need to learn how to cook now. That girl is always eating.”

To which Marco replied, “Do you accept 1 on 1 tutorials?”

Erwan is a food and travel vlogger and a restaurateur. He’s also known for his blog called The Fat Kid Inside where he creates content about his passion for food, travel and fitness. No wonder, Marco wanted to have cooking lessons with him!

Meanwhile, Nico Bolzico, Erwan’s brother-in-law to sister Solenn and his very good friend, joined the discussion in the comment section.

There, Nico wrote, “Code red, our Vice President is in danger! We are here for and with you @erwan! #FullSupportToErwan#BulliedHusbandsClub ...PS: we also support you @annecurtissmith, but secretly!.” 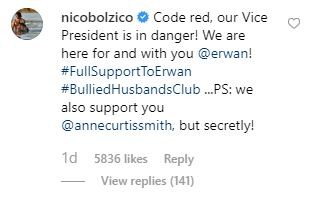 Nico is pertaining to a ‘social group’ he founded called The Bullied Husband’s Club where he ‘elected’ Erwan as his Vice President.