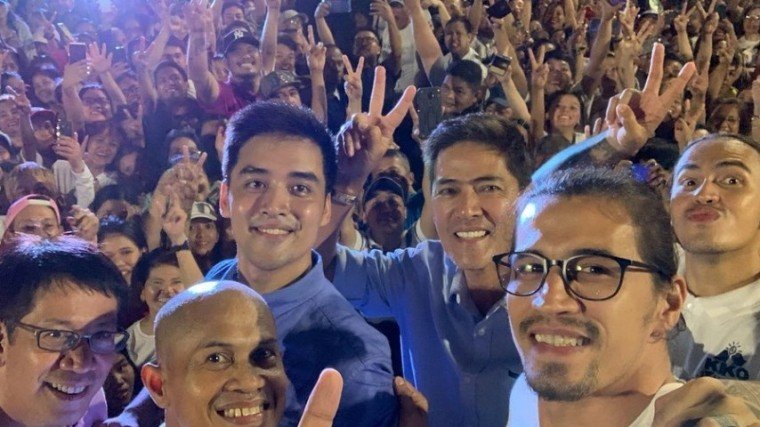 Showbiz was abuzz yesterday with the win of Vico Sotto in the Pasig mayoral race.

The 29-year-old son of Vic Sotto and Coney Reyes beat outgoing mayor Bobby Eusebio by more than 80,000 votes and ended the Eusebios' nearly 3-decade-hold over the city.

Vico's half-sister Danica Sotto-Pingris was one of the first to congratulate the young mayor.

Danica posted a photo from her brother's proclamation, writing: "Wohoooo!!! It’s official!!!! I must admit that there were times when some of us felt worried and scared especially during the campaign period.

"Maraming nag alala at nagdasal para sayo. Mabigat ang kalaban pero di kayo sumuko. You have proven that FAITH should be BIGGER than our fears. I thank God for your heart to serve. I know that he will use you to transform this nation.

"Congratulations, Mayor Vico Sotto! 💙 We will always be here to support you! Love you! @vicosotto #toGODbetheGlory #ibana"

Danica's hashtag #IbaNa is a play on her brother's campaign slogan, #IbaNaman.

Aside from Danica, Vico's half-siblings Oyo and Paulina also posted their congratulations for the new mayor.

Paulina, on the other hand, had a sweet greeting for her Kuya. "So sooooo proud of you brother!!!!!!! From annoying Kuya to MAYOR OF PASIG!!!!!! All your hard work truly paid off!!! So many exclamation points because I’m so happy for you!!!!!!!! Don’t be mean to me na 🤗❤️❤️❤️," the artist wrote.

Joey posted a throwback photo with Vico's mom Coney Reyes, who was once a host of Eat! Bulaga.

Meanwhile, Ruby reposted a campaign photo of Vico's and commended him for "standing up for what he believes."

Mar Roxas chooses to watch children instead of election results 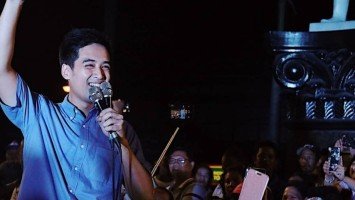