Find out why Eugene Domingo calls Marian Rivera “the most gracious" and "the sweetest.” 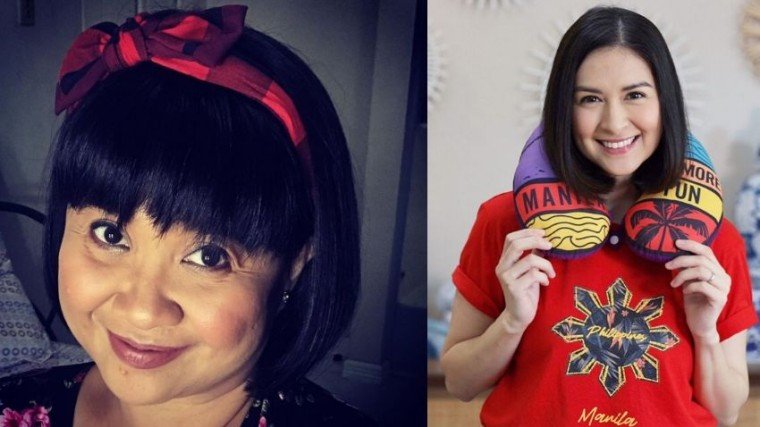 Multi-awarded actress-comedienne Eugene Domingo, who is fondly called "Uge" by her colleagues, describes Marian Rivera on her recent Instagram post as the "the most gracious" and "the sweetest.”

Uge could not help lavishing Marian with praises because she was truly thankful about receiving flowers from the Kapuso Primetime Queen.

"Allow me to share," the Dear Uge host giddilly started her IG post that came with a short clip of the paper bags Marian sent her. "I was excited to order @floravidabymarian ‘s new collection DRIED BLOOMS but knowing me- i tried to control myself and be 'matipid' for it is just for myself, my own joy."

The film and stage actress recalled that the customer service representative told her that the Pinay Marimar received her order: a bundle of pepper berry. However, Uge was also informed that "she is sending you a gift as well."

To her surprise, the actress-entreprenuer sent her a bundle of pepper berry that came with another bundle of Gypsophilla, the item she loves and the one she was supposed to order but decided to purchase the "more affordable" pepper berry instead.

"OMG. Marian sent me the one i actually wanted to buy as well - the Gypsophilla but i was budgeting myself," the comedienne shared.

To the unfamiliar, a bundle of pepper berry costs Php 1,400 while the Gypsophilla is at Php 4,100.

"@marianrivera YOU ARE THE MOST GRACIOUS and the SWEETEST. God bless you more, my dear!" Eugene said.

Marian, for her part, reciprocated Eugene's words, while also thanking her for supporting her business.

In a follow up Instagram post, Uge shared a short video, which is seemingly a parody of what Marian Rivera did in the promotional video of her flower brand.

"Plorabidabida Cleaning brooms by Uge," the comedianne said on her post.

Here are the videos of Eugene Domingo and Marian Rivera and let us know their similarities in the comments section below.

Pika's Pick: GMA star Eugene Domingo proves that friendship transcends network war by being one with her ABS-CBN friends in their fight to broadcast