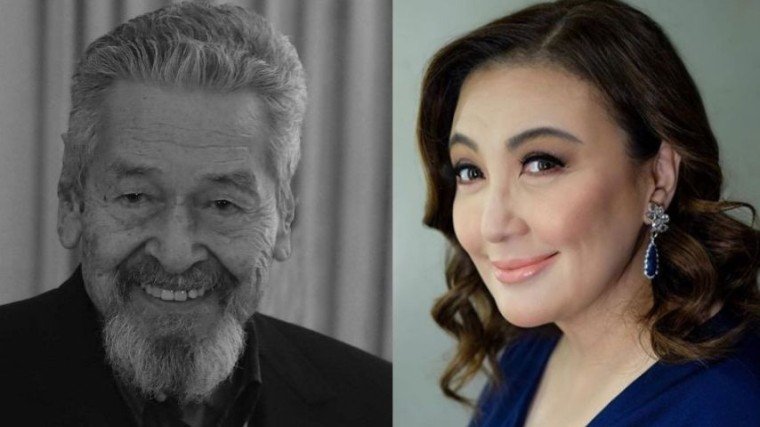 Sharon Cuneta and the late Eddie Garcia will both be honored with the VIVA ICON awards in the upcoming first ever Viva Convention on August 3 and 4. Interestingly, the great Manoy was the director of the first ever movie produced by Viva Films, P.S. I Love You, which catapulted Sharon to superstardom very early in her career.

Philippine entertainment industry icons Sharon Cuneta and Eddie Garcia will be honored with the VIVA ICON awards in the upcoming first ever Viva Convention on August 3 and 4.

Sharon Cuneta and Viva Films, for a long time, have been considered one and the same. In the 80’s Viva honed the young singer Sharon in becoming one of the country’s most bankable best actresses; while Sharon, for her part gave Viva one blockbuster hit and future classic after another: P.S. I Love You, My Only Love,  Forgive and Forget, Friends in Love, To Love Again, Sa Hirap At Ginhawa, Bukas, Luluhod Ang Mga Tala, Dapat Ka Bang Mahalin?, Bituing Walang Ningning, Sana’y Wala ng Wakas, Kahit Konting Pagtingin, and the biggest box office hit of the ’90’s, Maging Sino Ka Man.

Needless to say, Sharon, who would soon be hailed as this country’s megastar—dominating not just the TV and film landscapes; but recordings, concerts, and advertising fields as well—cemented her mega-wattage industry status in the arms of her home studio, Viva.

It is only but fitting that she be bestowed the first ever VIVA ICON award.

Alongside, Viva is also giving the same award, posthumously, to the deeply revered acting and directing legend, Eddie Garcia.

The late great Tito Eddie, who’s illustrious seven-decade career gave us 600 films, has served Viva well as both actor and director. In fact, he was the director of Viva Films’s maiden film, P.S. I love you.

The well-loved Manoy was also instrumental in shaping the superstardom of Sharon. He was the man behind the lens of Sharon’s pioneering blockbusters: P.S. I Love You, Cross My Heart, Forgive and Forget, and Friends in Love.

The awarding ceremony will be part of the Viva Convention (or VivaCon), a two-day entertainment festivity put together by the country’s fastest growing media conglomerate Viva Communications, Inc. It is happening on August 3 and 4, from 10 am to 10m pm, at the World Trade Center in Pasay City.