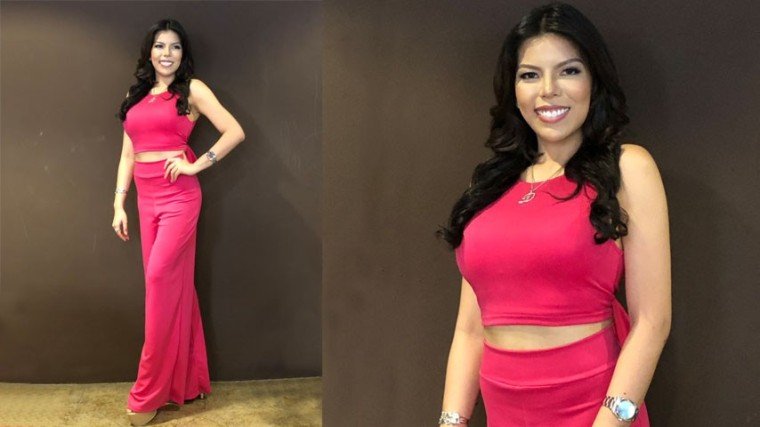 Dia Nicole Mancao Magno, or simple Dia (pronounced as Da-ya), is among the 40 contenders for the six crowns of the 2019 Binibining Pilipinas beauty pageant namely: The Bb. Pilipinas-Universe, International, Supranational, Intercontinental, Grand International, and Globe.

The 24-year-old Butuanon (She was born and raised in Butuan City in Mindanao and is thus now representing the Caraga Region), has long been uprooted from her hometown since she attended high school in De La Salle University and took on Interdisciplinary Studies at the Ateneo de Manila University.

“But then after graduating from college I went back home for a year and then I decided to join beauty pageants. So I’m here right now,” Dia told pikapika.ph during an interview.

When asked to tell us about Butuan, she says:

“Butuan, we’re known for hospitable people and we are developing our place because now it’s an urbanized city. So basically it’s already the capital of Caraga region.

“And were also fighting for our spot of having the first mass in our place. So it’s a 50-year-old fight because… it’s actually a bit controversial because other people, they’re pertaining it to be in Leyte but there are already records about it that it has happened in Butuan.”

She was referring about the reopened case that Butuanons have been disputing about—that the historic first Holy Mass, celebrated by our Spanish colonizers nearly 500 years ago, was actually held not in Limasawa, Leyte but in Butuan City.

In the April 2, 2006 regional report of the Philippine Star, it said that “Local executives and Church officials as well as historians here said they have new scientific evidence to substantiate the re-filing of a petition before the National Historical Institute (NHI) asserting that Butuan City — particularly Mazzaua Island, now Barangay Pinamangculan — was the official site of the first Mass on Easter Sunday in 1521.”

Although Dia is no stranger to competitions—as she was a former national athlete that represented the country in badminton in the 2011 SEA games held in Jakarta, Indonesia—Dia says joining a beauty contest is equally nerve-wracking.

She is not sure yet if her being a neophyte in a beauty contest is an edge or disadvantage. But her competitive spirit remains undaunted by going against pageant veterans: the returnees and crossovers, meaning those who didn’t make it in the previous Bb. Pilipinas pageants who rejoined the contest; and those who came from other pageants.

“I’m very aware about it,” says Dia about repeaters and transferees. “But I’m more focused on myself and that’s what I have been doing since my badminton years. And it has helped me become a better version [of me] and to be even be someone who represented the country internationally through the sports…and I truly believe the same passion and the focus on not focusing on others but to focus on myself can make me hopefully win the crown.”

She adds: “That’s what I’m doing right now as an underdog, just give it my all and have the results hopefully.”

Being a beauty queen, she says, is a dream. But since she’s also athletic, she focused on her chosen sport first, made sure she became an achiever in it; before pushing on to achieve a new goal.

“Because before I am a competitive athlete and I’m very goal-oriented and to be able to achieve something, you can’t do two things at once. So before I was very more on my athleticism and now that I was given the chance… and also my advocacy of losing weight—to be a fitspiration. That made me decide to join beauty pageants.”

Part of her advocacy, besides propagating sports, is to promote body positivity. She herself lost 65 pounds in recent years and wants to inspire women to add fitness into their lifestyle.

“It’s not about vanity,” she clarifies. “It’s more of me wanting to be of service to others.”

The Butuanon beauty, who claims she can cook her grandma’s secret ham recipe to perfection, says she’s been training to be a pageant-worthy candidate since January under the training camp of Kagandahang Flores.

She’s now officially Bb. Pilipinas Candicate No. 39 and goes by the hashtag: #ShineBrightLikeaDIAmond.

Come June 9, we will all know whether she walks home with the crown and the sash, which she hopes are the same ones worn by Catriona Gray.

Catriona looks back on her reign as Bb. Pilipinas-Universe; pageant thanks her for doing the country proud