FRIGHT NIGHT: 4 local horror offerings that will make you scream 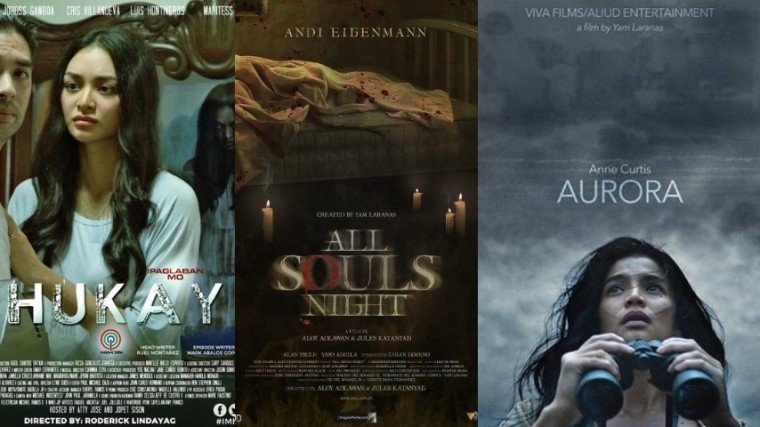 It’s almost the end of October, and the season of fright is officially upon us. Halloween preparations are in full swing, with kids and adults bringing out the costumes for the upcoming parties. Of course, no Halloween would be complete without a horror movie to get you in the spirit—and keep you up all night. If you’re looking for some good old scary fun, watch out for these chilling shows and movies:

In this episode of the drama anthology MMK, Bela Padilla plays Charo—a woman who receives an amulet or agimat from a mysterious man. Soon after, she begins to hear voices in her head. Do these voices come from the amulet or something else?

MMK: My Battle is a hard look one woman’s mental illness and the journey she takes to overcome it. The episode will air tomorrow, October 27, at 8:30 p.m.

For their Halloween special, Ipaglaban Mo brings forth Hukay, a chilling account of one woman’s tragic fate brought on by her husband’s jealousy. The show, which dramatizes real-life legal cases, stars Kylie Verzosa and Joross Gamboa in this particular episode.

All Souls Night marks Andi Eigenmann’s return to the big screen after her break from showbiz. Directed by Aloy Adlawan and Jules Katanyag, the film is about a college student who takes a weeklong job as a househelper to save up for her tuition. While in the house, she uncovers dark and terrifying secrets that put her life in jeopardy.

All Souls Night will be shown in cinemas nationwide on October 31.

Of all the things in this list, you’ll have to wait the longest for Aurora—Direk Yam Laranas’s entry to the Metro Manila Film Festival 2019. Starring Anne Curtis, the film delves into the story of a sunken ship and the island locals’ efforts to retrieve the bodies within.

Aurora is an official entry to MMFF 2019 and will premiere on December 25.

So, what are you going to watch this Halloween?