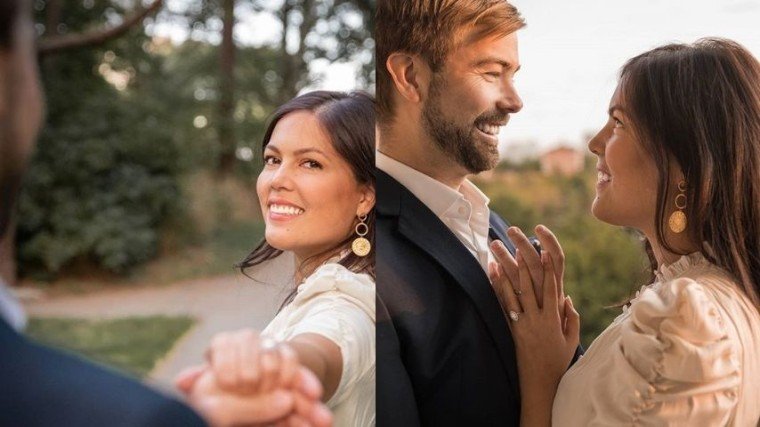 Congratulations are in order for Miss Earth Sweden 2016 Cloe Syquia-Skarne, daughter of Gabby Concepcion, for her happy engagement!

“We are engaged,” the beauty queen-actress wrote as a caption on two of her photos posted on Instagram last Thursday, September 17.

Cloie posted their engagement announcement, as well, on her Instagram, detailing her and Fredrik’s lives, as well as how they met and how the engagement came about.

According to the announcement, they met in 2015 and have started dating since.

“During the early courtship the couple had a lot to talk about as coincidentally Fredrik’s job as a construction engineer had him working on renovating the massive building project of Stockholm’s largest shopping mall (Gallerian) that Cloie’s great grandfather Allan Skarned had built,” the announcement said.

Fredrik has been a supportive boyfriend ever since Cloie’s Miss Earth 2016 days, where she represented Sweden and finished among the Top 8. He was alongside Cloie and family during the pageant and when they traveled to El Nido, Palawan, and the Syquia mansion in Vigan.

“He also accompanied the family on a charitable visit to the street children’s charity, Kanlungan sa Erma, in Malate,” the announcement went on.

The proposal happened exactly during the couple’s fifth anniversary. Beforehand, Fredrik had come to Cloie’s parents’ house to express his love for their daughter and revealed his intentions of proposing, to their delight.

The structural engineer then started secretly planning the proposal to coincide with their fifth anniversary. It was a lovely evening of the couple reliving their first date: going to the restaurant they first ate and taking a stroll at Stockholm’s Mariaberget.

Unbeknownst to Fredrik, Cloie was also surprising him for his upcoming birthday. She does not know, however, that the place she booked for the party was the same place Fredrik planned his surprise.

“Not only had they picked the same hotel to surprise each other - they had even picked the very same suite!” the announcement said.

After they proposed, they alerted family members and friends who showered them with good wishes. One of these was Cloie’s mother, Jenny, who shared the news on her Instagram.

“They’re engaged! Beyond happy for Cloie and Fredrik! Filip and I are delighted and so happy that Fredrik is a part of our family! He is an absolute gentleman, intelligent and kind, and loves our daughter very much! Two beautiful souls have found each other!” the mother said.

“My sister finally announced that she’s getting married! Love to my new brother @hillfredrik,” KC said. “The most gorgeous couple!!! So happy.”

Cloie is Gabby Concepcion’s daughter to ex-wife Jenny Syquia, a former actress. After Jenny and Gabby separated, the former remarried and Cloie adopted the surname of his stepfather Filip Skarne.

Cloie and KC have another sister to Gabby named Garie. 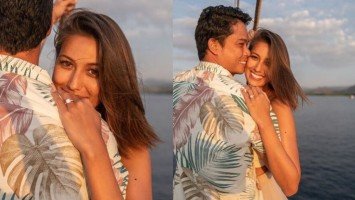 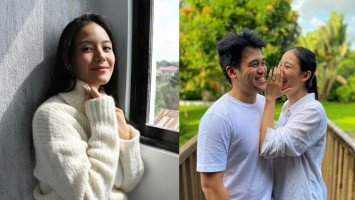