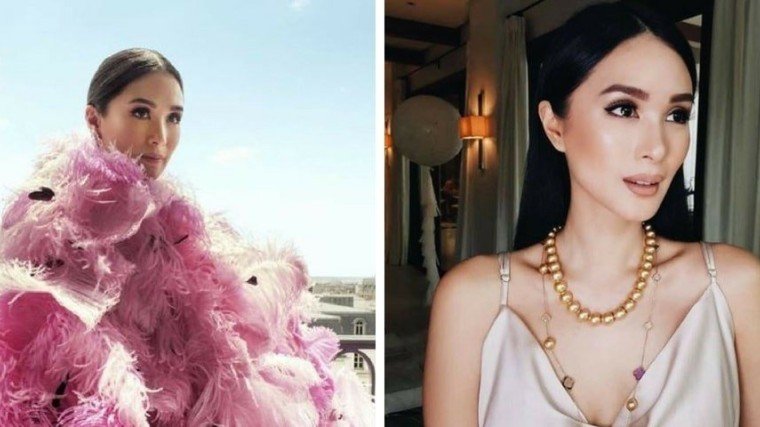 After Kris Aquino's head-turning appearance at the Crazy Rich Asians premiere last week, it's time for another Pinay to be in the international spotlight--and this week, it's Heart Evangelista.

The talented actress, named a "real Crazy Rich Asian," is featured in the September issue of Harper's Bazaar US, one of the top fashion magazines in the world. In a video posted on the magazine's website, Heart is seen chatting with fellow fashion influencers: the Malaysian twins Michelle and Rachel Yeoh, and Taiwanese Instagram star Feiping Yang, during Paris Couture Week held last July.

In the video, Crazy Rich Asians author Kevin Kwan says of Heart: "She's really the darling of the Philippines."

Heart also posted on Instagram her photo from the Harper's Bazaar shoot, where she wore a pink feathered cape by Armani Privé and Chopard earrings. "My last trip to Paris was a very special one because not only was I there for couture week but I had been invited by @kevinkwanbooks who has now become a dear friend."

Her post swiftly garnered likes from many of her fellow Pinoy stars, including Sharon Cuneta. The Megastar also commented the words "Wow! Beautiful!!!" on a repost of the Harper's Bazaar video posted by a fanpage with the username @heartworld. Sharon and Heart once played mother-and-daughter on Mano Po 6 back in 2009.