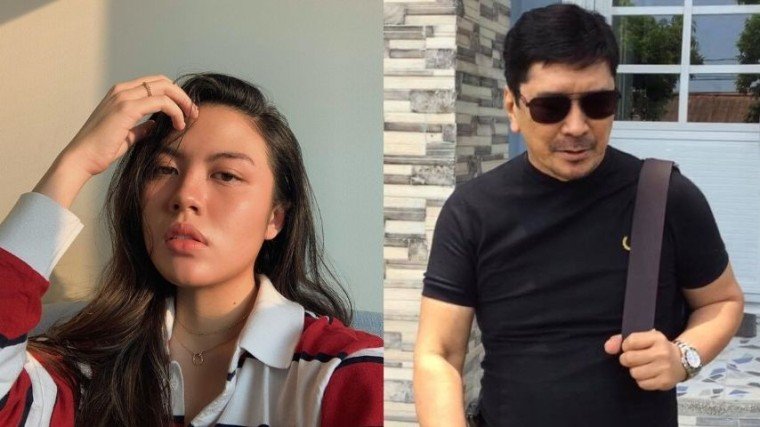 Frankie Pangilinan took to Twitter to slam Ben Tulfo after he replied to her that women should dress properly to avoid sexual harassment! Read the full story below!

Netizens defended Frankie Pangilinan through the hashtag #HijaAko after she chided television host Ben Tulfo for telling women that how they dress prompts sex offenders to do sexual abuse.

“STOP TEACHING GIRLS HOW TO DRESS?? TEACH PEOPLE NOT TO RAPE,” Frankie said.

STOP TEACHING GIRLS HOW TO DRESS?? TEACH PEOPLE NOT TO RAPE. https://t.co/mERzlAqXBm

By Saturday evening, the BITAG Live host tagged Frankie in a tweet, calling her “hija” and telling her that a rapist or a juvenile sex offender’s “desire to commit a crime will always be there” while warning “sexy ladies” to be careful with how they dress.

“All they need is an opportunity, when to commit the crime. Sexy ladies, careful with the way you dress up! You are inviting the beast,” Tulfo went on.

Hija @kakiep83 , a rapist or a juvenile sex offender's desire to commit a crime will always be there. All they need is an opportunity, when to commit the crime. Sexy ladies, careful with the way you dress up! You are inviting the beast.

Frankie clapped back, countering his tweet with three statements about rape culture and how someone dresses is not an opportunity for sexual assault.

“Calling me hija will not belittle my point,” she concluded in her tweet.

- rape culture is real and a product of this precise line of thinking, where the behavior is normalized, particularly by men.
- the way anyone dresses should not be deemed as ‘opportunity’ to sexually assault them. ever.
- calling me hija will not belittle my point. https://t.co/bLbtEDVGBn

She also replied to her tweet with a screenshot of a Facebook post from BITAG Live, the official page of Tulfo’s show. His post pressed how sex maniacs and rapists cannot be taught how to control their sexual desires and commit crimes.

“Bago natin sila baguhin, baguhin muna natin ang sarili’t pag-iisip natin. Gets mo, Hija?” he went on, adding that Frankie’s father Kiko authored the Juvenile Justice and Welfare act that discusses how children and teenagers who do crimes should be handled accordingly.

the way he was braver on fb because he knows i’m not on there 💀💀 pic.twitter.com/fAuzS7ukhD

A few hours after her exchange with Tulfo, Frankie tweeted out the hashtag #HijaAko, containing a screenshot of a message from an anonymous person who said they would “also like to sign up for the hija label if that’s what ben tulfo’s calling girls who fight for their rights as human beings.”

The hashtag trended on Twitter, with netizens backing Frankie and slamming Tulfo’s remarks that blame women for sexual abuse. Other netizens shared their own experiences with sexual harassment through the hashtag.

men who are trying to downplay #hijaako kasi "nilalahat" daw ang mga lalake ???? what do you want ???? do you want some praise ???? because hindi ka ganon ???? do u realize how obnoxious u sound ???? napaka tone-deaf ng arguments niyo when it's not even about you. manahimik kayo.

RAPE IS CAUSED BY RAPISTS. CLOTHING HAS NOTHING TO DO WITH CONSENT. #HijaAko pic.twitter.com/qFPpgTEnKM

Just a reminder for all the men who think that the world revolves around them and their desires.

i have been abused, cat-called, harassed, manipulated, slut shamed, sexualized and is continuously battling with the trauma until now.

plot twist? the trauma are all caused by men. men are trash. #HijaAko

7 years old: i was sleeping, in my usual pajamas. my late teenage cousin barged in, removed everything, and then he started doing it.

20 years old: i was sleeping in some pair of sportswear. my trusted colleague lay beside me, and then he started doing it. #HijaAko

rapists/molesters do not know that we carry the trauma for the rest of our lives. and it's just infuriating that up until now, the blame still falls to the victims. how we dress will never scream yes for sexual violence. #HijaAko https://t.co/YM3Nk86w02

i was once harassed. what i was wearing? school uniform. what time of day? 9am.

stop telling girls what to wear. it doesn’t matter what girls wear or what time of day it is. rape/sexual harrassment happens bcos of the offender’s dirty twisted mind. #HijaAko

Stop blaming it on what others wear and EDUCATE others that victims aren’t asking for it if they are dressed “SEXY”.

I’ll wear whatever I want and if its sexy and it turns you on well thats your problem, not mine. Because I dress up for me NOT you. #HijaAko

Good night! Except to those who make excuses for rapists.

And btw if a woman is intoxicated its her fault?

If a man is intoxicated “ayy sorry lasing ako” excuses start to come in. #HijaAko

Stop thinking it’s about what we wear.
It’s not about “good” men being tempted by women’s sexy clothing.

It’s about those men being rapists.
Educate THEM, not us.#HijaAko

We are behind you inaanak hija @kakiep83 We should stand-up to bullies in the form of Dirty Old Men! #hija #HijaAko https://t.co/VIaG9Qi7Rs

Lauren, along with YouTube star Janina Vela and singers Shanne Dandan and Janine Teñoso, shared their experiences with sexual harassment through the hashtag.

I was at a bar in Boracay, sober, with my friends and a guy kept harrassing everyone there. He kept talking to me and bothering me and just grabbed my boobs out of nowhere. I was fully covered up even at the beach and yet he violated me publicly. #HijaAko https://t.co/loYgJKru41

i was 17 when a man slipped his hand into my oversized denim jumper. 18, when a man unzipped my large coat to touch me. at 19, i was wearing baggy pants, only still to be groped.

stop blaming women for their clothes.
start holding men accountable for their actions.#HijaAko!!!

i was in my school uniform. #HijaAko

3 years ago, i was sexually harassed by a gov’t official while performing. I was wearing long sleeves and pants.

Stop blaming women for what they wear! Stop thinking like a rapist. #HijaAko https://t.co/vNCVYoV0Gf

Thank you for using your voice, Frankie! Laban, mga hija! 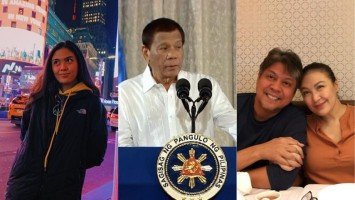 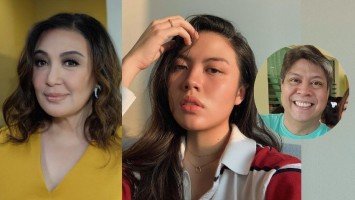